Hopes were raised in mid-June when the US FDA indicated it would release its draft harmonized Quality System Regulation by the end of the month. But perhaps unsurprisingly, it never came. News about the QSR – and more – topped our list of most-read Medtech Insight articles in June. 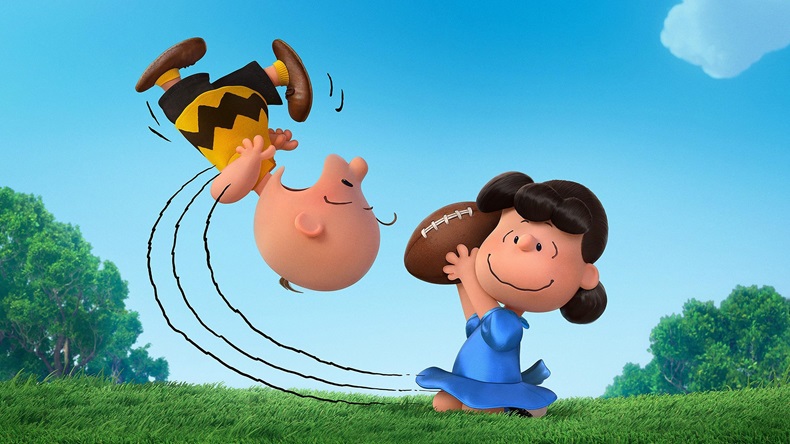 Source: Alamy Like Lucy taunting Charlie Brown with the football, the FDA has a track record of setting a release date for the draft QSR, only to blow past it

It should come as little surprise that as of 1 July the US Food and Drug Administration had missed its latest internal deadline for releasing a draft of its new Quality System Regulation, which the agency has been harmonizing with international quality systems standard ISO 13485:2016 for more than three years.

Hopes were raised in mid-June when the FDA indicated it would release the draft rule by the end of the month. Our reporting on the agency’s regulatory scheduling was of most interest to Medtech Insight readers in June.

But like Lucy taunting Charlie Brown with the football, the FDA has a track record of setting a release date for the draft QSR, only to blow past it. That’s happened six times now since 2019.

In a 21 June interview with Medtech Insight – our No. 5 story from last month – FDA device center director Jeff Shuren wouldn’t commit to a release date. He nevertheless said the draft rule “continues to be a top priority and we are moving it forward. Ultimately that’s a decision above my paygrade. …I can’t give you a set timetable, but we certainly are looking to have it out this year.”

The QSR has been the bedrock rule for manufacturing safe and effective medical devices to be sold in the US for more than two decades, while ISO 13485 is used by device firms to ensure quality systems compliance with regulators in a variety of countries.

Check out the rest of our exclusive, wide-ranging podcast interview with Shuren below.

Our No. 2 story from June detailed challenges that one medical device manufacturer faced when it underwent a Remote Regulatory Assessment by the FDA. An RRA is a voluntary regulatory compliance program the agency established earlier this year for device makers to take the place of on-site facility inspections during the COVID-19 pandemic.

Korina Akhondzadeh, a consultant with Carlsbad CA-based KARA & Associates, told Medtech Insight that the FDA investigator working with her client during an RRA “caught them off guard.” That’s because the RRA began on the same day it was requested by the investigator, giving the manufacturer no time to prepare.

The investigator “told them this was not an inspection; it was just some kind of an assessment that the FDA was doing, and asked if they would want to be part of it. And so, because [the client] was afraid that there would be some repercussions, he said yes, which was his first mistake,” Akhondzadeh said.

“It’s disappointing and frustrating that the agency is doing this.” – Korina Akhondzadeh

By beginning the RRA the same day as receiving permission from the company, the investigator apparently flouted FDA process around the assessments. The agency told Medtech Insight that a typical RRA begins roughly five days after a manufacturer agrees to take part.

The company in question – a small two-person firm that makes a moderate-risk class II medical device – was so flustered by its experience that it didn’t consider redacting key documents before sending them to the FDA investigator, Akhondzadeh said.

She said the investigator “immediately started the questioning. She would ask them questions, and then they would have to submit all of their documents via email to her. She said, ‘OK, since you’ve agreed [to the RRA], I need you to send me the following documents.’ So [the company] just started sending her stuff. They didn't think about redacting them, they just started grabbing from their computer and sending her the documents, because she's telling them, ‘This is not an inspection.’”

And that’s true – RRAs are not considered by the FDA to be official surveillance inspections, and manufacturers “may decline to participate in [an] RRA at any time, and non-participation will not result in regulatory action,” says an agency document on the assessments obtained in April by Medtech Insight.

Akhondzadeh’s client leapt an array of other hurdles during its RRA, and in the end the company was presented with five deficiencies found during the assessment. And to top things off, the manufacturer has since been flagged by the FDA for an on-site inspection because of its RRA results.

The investigator “found that the responses [from the manufacturer] were not adequate, and therefore a subsequent inspection will be required,” an angry Akhondzadeh told Medtech Insight in a follow-up call on 17 June. “That’s very much like an inspection response. But I’m not surprised. It’s disappointing and frustrating that the agency is doing this.”

To RRA, Or Not To RRA? BD Talks Decision-Making Around FDA Requests For Remote Regulatory Assessments

Three Becton Dickinson facilities have been approached by the US agency to take part in the voluntary virtual assessments; the medtech giant declined one and accepted two. BD’s VP of quality and regulatory compliance explains why.

Also of high interest to readers last month was our reporting on an Italian sterilization firm that handed out fake certificates to medical device manufacturers for the past five years.

The FDA said the now-shuttered Steril Milano S.R.L. Reggiolo and Monza ethylene oxide sterilization facilities had been falsifying “graphs and parameters of sterilization certificates” since 2016 for a range of products, including biopsy needles, catheters, intravascular administration sets, arthroscopes and syringes.

The FDA identified and alerted nearly a hundred device makers that did business with the sterilizer, but even more companies could be affected. The agency said 10 device companies have already initiated recalls because of the deception, but noted that there have been no reports of injuries so far.

The FDA on 24 May blocked the import into the US of affected devices, and alerted industry as a whole nine days later. In a follow-up story the agency explained why its warning to industry came later than the 24 May import detention.

The spotlight was on Janet Woodcock in our No. 4 story from June. The acting FDA commissioner said at an industry meeting that the use of real-world evidence (RWE) in product reviews will be slower than many stakeholders are hoping because there are issues that still need to be addressed.

Woodcock said the agency already uses RWE in various ways, and has been talking about it with groups like the Medical Device Innovation Consortium (MDIC) and the Reagan-Udall Foundation. “I think we're going to see an evolution. I don't think it’s going to be a revolution ... where we all of a sudden have all this information, because there really are a lot of problems,” she said.

Before former FDA principal deputy commissioner Amy Abernethy stepped down in April, Woodcock discussed some of the RWE problems with her, including compiling real-world data (RWD) and issues with how the data is stored in electronic health records.

Woodcock said the problems are not insurmountable, but she did note that “it may take a little bit longer than what some of the enthusiasts may have thought.”

These four articles rounded out our Top 10 list in June:

The 10 most popular US regulation and policy stories in June, as determined by reader interest, are listed in the table below.

After 3 Years Of Work, FDA Says It Will Release Its Revamped Quality System Regulation This Month

Woodcock: Use Of Real-World Evidence Still Brings ‘A Lot Of Problems’

‘We Were A Victim’: How An FDA Remote Regulatory Assessment Took One Device Maker By Surprise