A proposed change to US Medicare billing that would go into effect 1 January might give one manufacturer an edge over its competitor. 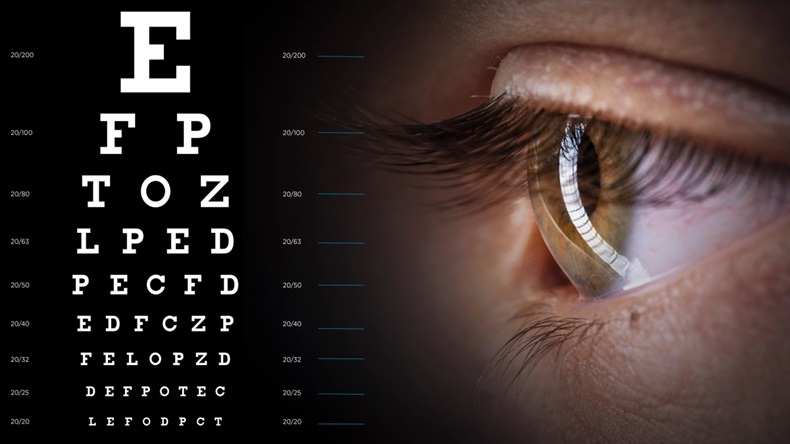 Many glaucoma patients who have cataract surgery to reduce intraocular pressure (IOP) often receive a stent – a tiny device implanted in the eye’s drainage channel to help restore the natural flow of fluid.

Two of the top devices used in this procedure are the iStent from Glaukos Corporation and the Hydrus from Ivantis, Inc., both of which are covered under Medicare at the same rate.

However, a recent proposal by Noridian, the Medicare Administrative Contractor (MAC) with jurisdiction over setting the Medicare claims and fee structures for these devices, could potentially give a leg up to Hydrus.

As John Leppard, a healthcare analyst with the D.C.-based research firm Washington Analysis, explained, usage of the code for the iStent and Hydrus has gone well beyond the timeframe for temporary coding, which is usually around five years. The current temporary code has been in use for nearly a decade now and is one of just two temporary codes on the Centers for Medicare & Medicaid Services (CMS) annual list of the top 200 most-charged codes.

“So, the thinking is that the new code starting in January will combine both procedures, the surgery and stent, into one code, one reimbursement that is going to be set nationally by CMS.” – John Leppard.

It’s important to note that the code in Noridian’s proposed Local Coverage Determination (LCD) determines how much the surgeon gets paid for the time it takes to perform these procedures, which is an entirely different payment and methodology for the facility that actually buys the devices and owns the operating room and equipment. About 80% of these cataract procedures are done in ambulatory surgery centers (ASCs), with a further 20% taking place in hospital outpatient departments..

In its LCD, Noridian proposed the Hydrus be billed under a previous code reserved for another eye stent, the Xen45 from AbbVie Inc.. The code assigned to the Xen45 pays $961, considerably higher than the $397 for the Glaukos and Ivantis stents.

The important distinction here, however, is that the US Food and Drug Administration granted standalone approval for the Xen45. In other words, that device was approved for use absent cataract surgery, whereas the agency approval for the iStent and Hydrus was concomitant with the surgical procedure.

If the Hydrus is reassigned from the current  code to the Xen45 code – from $397 to $961 – and then that higher paying code is rolled into a permanent code for the  procedure in order to come up with one national code, the reimbursement for using the Hydrus would be significantly higher than it would be for using the iStent, providing more incentive for surgeons to opt for the Hydrus.

On the other hand, if CMS simply adds the iStent and Hydrus code as it is now to the permanent code for the procedure in order to come up with one code for both, then it would amount to basically the same reimbursement as the standalone code ($961) for the Xen45. “That payment difference would be less than 2%,” Leppard noted. “So not too big a deal.”

What stands out, in Leppard’s view, is that the Hydrus stent doesn’t fit into the Xen45 code Noridian has suggested. “Codes aren’t really assigned to a specific technology or a specific device so much as they describe a certain type of procedure or service,” Leppard said. “Anything that basically meets whatever that code describes, then it’s supposed to be billed under that code, whatever the most accurate description is.”

Specifically, both the Hydrus and iStent are inserted into the trabecular meshwork in the eye and both must be done during cataract surgery, meaning both are used according to the same description in the code, which would not be the case if the Noridian proposal to assign the Xen45 code to the Hydrus is adopted. That’s because the Xen45 is implanted into the subconjunctival space – a different procedure from insertion into the trabecular meshwork.

After an open public meeting on the proposal held 3 June, however, Leppard believes there’s a good chance – 70% in his estimation – that Noridian will scrap its proposal to bill the Hydrus differently from the iStent.

Still, Leppard expects that Medicare facility rates for iStent procedures to see anywhere from a 5% to 15% cut starting January and for physician payments to decline 15% to 35% as part of the CMS 2022 physician fee schedule, due for release in early July.

Larry Biegelsen, an equity analyst at Wells Fargo, also sees a physician fee decline in 2022 as probable once the permanent code for the iStent is set. The coding changes will most likely result, according to Wells Fargo consultants, in a modest (less than 10%) decline in Medicare fees in ambulatory surgical center settings. “Our consultants believe with 80% confidence this new code will come in close to $815 based on declines in the value for both parts of the procedure,” said Biegelsen, adding that he expects the cataract portion will come out to around $500 from the current $548, while the stent portion will get cut about 10% to $315.

During the 3 June open meeting, Glaukos, argued for reversal of the Noridian proposal based on the same rationale as Leppard’s analysis; namely that the billing instructions from both Ivantis and the American Academy of Ophthalmology have long recommended the same coding assignment for the Hydrus and the iStent and that Noridian’s proposed coding change does not accurately reflect the nature of the procedure in which the Hydrus is used. Leppard noted that the company was the only presenter at the meeting.

The comment period for Noridian’s proposal is open at CMS.gov until 6 July, which Leppard expects will help inform Noridian’s decision on whether “to revise, rescind, or finalize its original proposal.”

Glaukos declined to comment on this story and as of the date of publication, Noridian nor Ivantis have responded.

Expert Panel View On First Ebola Test Submission: Reservations About Use In EU