New system must be able to pay for the best technologies

German health ministry plans to change how inpatient care is paid for and increase levels of ambulatory care have ignited a debate among industry and other stakeholders. The medtech industry gave its initial reaction to Medtech Insight. 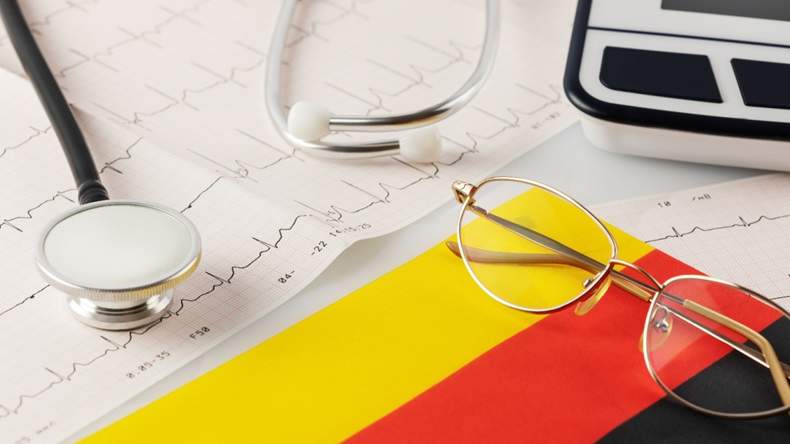 The biggest change in two decades in how health care is paid for in Germany has been proposed by the health ministry (BMG), amid concerns that the current method of reimbursement for inpatient services has produced a costly system that is prone to over-treatment.

As signaled when he spoke to doctors at Medica 2022, health minister Karl Lauterbach has issued proposal for a basic reform of the diagnosis related groups (DRG) system of inpatient reimbursement that was introduced in 2003.

The 30-page (plus annexes) white paper issued on 6 December, represents the third iteration of discussions by the 17-member government commission – a largely scientific body – aimed at achieving a better balance between inpatient and outpatient care.

The minister’s goal is to produce a modern and needs-based system of hospital care delivery. In the white paper, the commission claims that inpatient care accounted for 3.4% of German GDP in 2020. This was higher than in many countries with which Germany shares a border, including France. The comparable spending by the Netherlands was 2% of GDP. Germany’s spending has also trended up at a faster rate of late.

In addition, preventive care, a key element in reducing inpatient cases, has not been accorded the importance it merits.

An End To Perverse Incentives

The commission’s headline assessment is that Germany’s current DRG system of flat-rate fees based on performance and activity volumes has given rise to perverse incentives.

At the same time, the potential to use outpatient care has not been leveraged as much as it should be, it said. In this regard, greater opportunities will be created following the recent launch of a system of hybrid DRGs (see box) – an initiative that is being handled separately to the current major hospital payments reform. (Also see "German Industry Demands More Thinking Time On Hybrid DRGs" - Medtech Insight, 24 Aug, 2022.)

Hybrid DRGs, a special sectoral remuneration tool, will come into effect on 1 April  2023. Hybrid DRGs will pay for future flat rate per case payments. Olaf Winkler said: “Outpatient procedures have been increasing. The special element is that they are a combination of the DRG and the EBM (outpatient catalog) payment.”

The self-governing bodies must compile a catalog of procedures by the end of March. How devices will be included in these calculations is of vital interest to medtechs, said Winkler, noting that outpatient devices in the EBM are paid at the manufacturers’ prices, while under the DRGs, devices  are discounted.

“Outpatient” has not been a big market for medtech in the past, accounting for some 5% of the total. “But it will grow, and there will be a new cost remuneration system.” The self-governing bodies have proposed a new AOP catalog (of ambulatory procedures) for 2,800 different medical treatments, from which they will define new flat rate cases for the hybrid DRGs.

The industry has commented via the German Hospitals Federation (DKG). The two bodies share essentially the same message that the new system should be open to innovations and to providing the best treatments.

While implementing the reform, the government commission proposes to maintain incentives within the system. It will do this by combining existing DRG payments with a new category of provisional payments, to ensure performance-related remuneration continues.

The differential level of provisional payments granted (sourced from the care budget and residual DRG funding) will be linked to two other new concepts in Mr Lauterbach’s plan: the attributed care “Level” of the hospital; and the 128 treatment categories, as defined by ICD and OPS codes (as outlined in annex table 1A).

The key change is the shift in the level of care that DRGs will pay for – from around 80% at present to around 40-60% (depending on treatment category) in the future. The other 40-60% will be sourced from the provisional payments pot.

For German medtech industry association BVMed, the big message for manufacturers is that the total amount available for spending on medical goods will decrease, and pressure will grow on procurement. BVMed has followed the reform debate from its initial stages, and is now breaking down the official commission proposal released just a month ago for members.

The association’s long-standing German market access expert, Olaf Winkler, industrial health care market issues lead, says it is vital that there is enough incentive within the new system to pay for the best technologies. “It is important that they don’t only look at the price.”

Industry is at present an observer of the process, with no direct influence. One of its key concerns is that high levels of treatment are maintained, Winkler said. He added: “The issue of new technologies must be addressed: chiefly the question of how they are paid for. It is a big challenge.” The payment levels have yet to be determined. 2022-23 will be used as the basis year.

Germany’s dual financing system for health care potentially adds another degree of complexity for the minister as he pushes through the reform. While the DRG system pays for the operational costs of 1,600 German hospitals, the 16 federal states are responsible for organizing health care and the funding of capital goods via taxpayer contributions.

The federal states are required to spend some €6bn ($6.42bn) on capital goods annually, as calculated by the InEK, the institute for the hospital remuneration system. In reality, they spend only €3bn, while the other €3bn comes from the DRGs, Winkler observed.

The federal states were not part of the commission or the white paper drafting process, but the first meeting of the federal and state working group on hospital reform was held on 5 January.  The first "work packages" have been sent out. The federal and state governments aim to have a draft law ready by summer 2023. (Also see "Time is Ripe For Large-Scale German Hospital Reform – Health Ministry" - Medtech Insight, 9 Dec, 2022.)

The commission’s white paper acknowledged that investment/capital goods spending accounts for an average of just 3.4% of German hospital income (source: Krankenhaus Rating Report 2022). At least 7% and preferably 8% should be invested to ensure that hospitals remain corporately and sustainably effective over the long term, it suggested.

Moreover, hospitals have been through a very bad patch which has left them in in a poor financial situation, Winkler added. Their debt has been growing, while supply chain and inflation issues have hampered their operational abilities. COVID cut patient throughput from 19 million pre-pandemic to around 16 million in 2021-2022. That equates to an economic shortfall while costs have remained high.

That is in addition to the growing problem of a shortfall in nurses, with increasing numbers now on the cusp of retirement.

Among the many key messages to emerge from the momentum towards system reform, one is that the heath care customer is changing and that “outpatient” has become more important, Winkler said.

Level Ii hospitals will play an important role in establishing in Germany a setting-agnostic and integrated approach to the delivery of care.

The reform’s “ground-breaking idea,” he said, is to grade all hospitals federal-wide into one of three care levels (or five levels, including subgroups), as follows:

In Level Ii, payments for care are made on a daily rate basis, which is new to the German reimbursement system. As such, these hospitals are seen as playing an important role in establishing in Germany a setting-agnostic and integrated approach to the delivery of care. Levels In, II and III will be covered by the provisional payments concept.

The new focus on high-tech hospitals is generally a good thing, Winkler said. Also important is the shift of treatment into the outpatient setting “wherever possible,” he added.

The compartmentalized approach offered by the three new Levels is intended to enhance the economic basis for care. The idea is that fewer hospitals specializing in high-tech medicine will result in both more cases and higher quality, with better access to, say, robotic-assisted care.

“This approach is more economical, and generally, our industry is in favor,” Winkler said. Overall, the new system will target payments that reward quality, with pay for performance and, outcomes-based payments being prioritized.

The reform will be a long process, starting in early 2024 and implemented progressively over a five-year period of convergence. That much time will be needed given the organizational changes needed at hospitals, Winkler said.

The BMG and industry see different priorities in the reform. Winkler said: “Lauterbach’s goal is to shift the site of care to outpatients. Our message, as an industry that provides quality treatment including by digital means, is that we need more focus on quality and outcomes.”