A new review of adverse event data found reports tied to each of six endoscope categories rose significantly between 2014 and 2021. For gastroscopes, the rise was an eye-popping 8,630%. 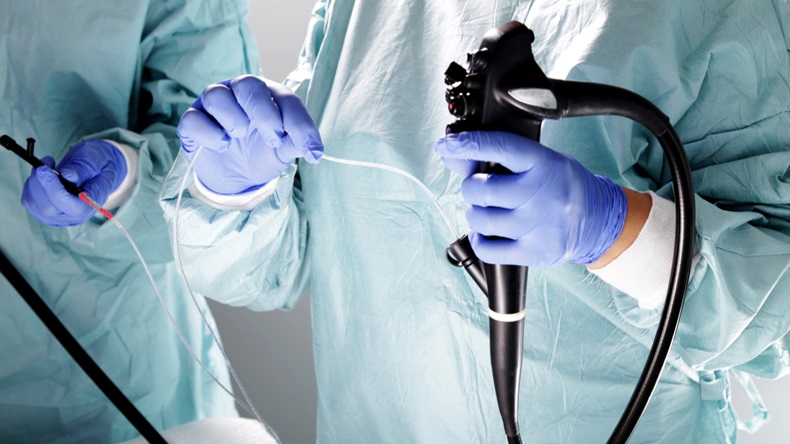 Adverse events involving reusable endoscopes continued to rise between 2014 and 2021 despite increased attention to the risk of infection posed by the devices, a review of the US Food and Drug Administration’s Manufacturer and User Facility Device Experience (MAUDE) database by device safety specialist Dr. Larry Muscarella found.

The report found that the number of adverse events involving endoscope contamination increased for each of the surveyed endoscope types. The largest increase was seen for gastroscopes, which rose from 13 reports in 2014 to 1,135 in 2021 – an increase of 8,630%.

The number of ENT-related adverse events was smallest but still showed a substantial rise, going from one in 2014 to 55 in 2021.

Further, Muscarella found that the number of reported adverse events continued to increase even as the number of elective procedures being performed dropped due to the pandemic in 2020 and 2021. He speculates that the real numbers may be higher still, since staff shortages during COVID-19 may have forced some providers to prioritize tasks and put paperwork like the submission of MAUDE reports on the back burner.

“That might tell you, even though we can’t confirm it, that we may be seeing the tip of the iceberg and the problem really is worse than we understand,” he said.

[For increases across other categories, see chart below.]

Muscarella has a range of theories, as well as recommendations for ways to correct the issue.

First, he noted, there may still be awareness issues – “just because the FDA issues a safety notice doesn't mean everyone receives and reads it.” He further suggested that the rise in MAUDE reports he identified during some years could be tied to an increase in the number of procedures performed using endoscopes, while the risk of infection remained relatively constant, although Muscarella believes this is unlikely. And finally, he pointed out, disposable endoscopes are more expensive per procedure than reusable ones, so cost-conscious hospitals might be slow to follow FDA recommendations to move away from reprocessed endoscopes.

Newer endoscope models featuring a removable distal tip may be easier to clean, but carry risks of their own. Muscarella found reports of the distal cap falling off in the patient’s abdomen or even being inhaled during a procedure. Additionally, endoscopes fitted with a distal cap seem to be more likely to suction up healthy tissue, which can lead to hemorrhage.

“I think it's ill-advised to conclude that these partially disposable scopes are a sort of panacea,” he explained. “A caveat could have been added advising users to be aware that these have their own set of concerns also, and to provide recommendations to reduce the risks.”

These recommendations, he said, might include advising practitioners not to use suction while withdrawing an endoscope so healthy tissue can’t be sucked into the tube, as well as checking to make sure the distal tip is still attached before the end of a procedure.

“Virtually every type of reusable flexible endoscope can transmit a multidrug-resistant organism, and I identified MAUDE reports linking each of the three GI endoscope types I studied to cases involving the CRE superbug, including gastroscopes – a type of GI endoscope we really should be discussing more.” – Larry Muscarella

Muscarella further criticized the FDA’s choice to focus on duodenoscope risks in its safety alerts, even though gastroscopes and colonoscopes have also been linked to outbreaks of the antibiotic-resistant bacteria known as “super bugs.”

“Some of the FDA’s notices could be interpreted to say that basically only bronchoscopes and duodenoscopes transmit multi-drug resistant bacteria in general and CRE [carbapenem-resistant Enterobacteiraceae] in particular,” he said. “That's really not true. Virtually every type of reusable flexible endoscope can transmit a multidrug-resistant organism, and I identified MAUDE reports linking each of the three GI endoscope types I studied to cases involving the CRE superbug, including gastroscopes – a type of GI endoscope we really should be discussing more.”

The infection risk makes it all the more important that reusable or partially reusable gastroscopes be thoroughly cleaned. Like duodenoscopes, gastroscopes include multiple channels that need to be cleaned and reprocessed after device use, even if the channel wasn’t used during the procedure, he said.

“For example, a physician may not use the auxiliary water channel, but you can still get organic debris mucus, and multidrug-resistant organisms backing up into that,” he said.

The lack of information from the FDA makes it all the more important that manufacturers fill the gap, he said. For example, device labeling could include warnings addressing the risks of suction and encouraging physicians to check the distal end for cracks and other damage before use.

LFM Healthcare Solution’s study was funded by disposable endoscope manufacturer Ambu A/S, but Muscarella says they had no control over the final report.

Cyted’s Sponge On A String May Help Diagnose Esophageal Cancer