The US agency has outlined steps industry can take to ensure clinical trials include a broader representation of underrepresented racial and ethnic groups. 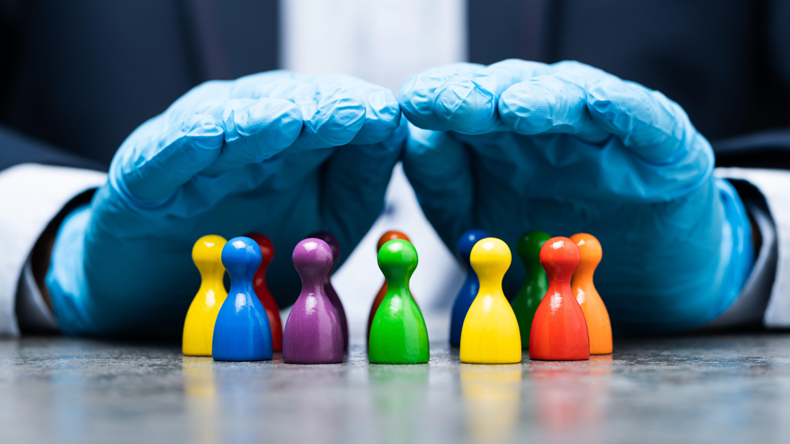 The draft guidance from the US Food and Drug Administration released on 13 April, “Diversity Plans to Improve Enrollment of Participants from Underrepresented Racial and Ethnic Populations in Clinical Trials Guidance for Industry," seeks to increase the number of racial and ethnic participants that have historically been underrepresented in clinical trials.

The agency says its focus on having a broader spectrum of Americans enrolled in trials aligns with the Biden administration’s “Cancer Moonshot” goals of addressing inequities in health care.

The Biden administration in February revived the Cancer Moonshot initiative to further expand cancer prevention, detection, research, and patient care efforts across the federal government. One of the goals of the initiative is to address inequities in access to cancer screening, diagnostics and treatment across race, gender, region and resources. (Also see "Industry to Biden: Count Us In On Cancer Moonshot" - Medtech Insight, 3 Feb, 2022.)

Having a more diverse pool of participants in a clinical trial is not only important in that it more accurately reflects the growing diversity of the country, but it’s essential for more accurately determining the most effective treatments for the disease being studied.

As the FDA points out in its draft guidance, racial and ethnic minorities are often more likely to develop certain diseases despite being disproportionately left out of the trials that study those very maladies. And, as science has established, biological differences among various people factor into how they respond to certain therapies.

The FDA cites genetic coding as an example, which can make a treatment more or less toxic for one racial or ethnic group than another. These variations can also make drugs like antidepressants and blood pressure medications less effective for certain groups.

“Ensuring meaningful representation of racial and ethnic minorities in clinical trials for regulated medical products is fundamental to public health,” said FDA commissioner Bob Califf in the agency’s release on the guidance. “Going forward, achieving greater diversity will be a key focus throughout the FDA to facilitate the development of better treatments and better ways to fight diseases that often disproportionately impact diverse communities.”

Government, however, is not the only entity that sees the necessity and value in leveling the playing field in clinical trials. In November, Abbott announced its plan to reduce barriers to clinical trial participation for underrepresented groups, part of which includes the creation of nearly 300 new scholarships at medical schools of historically black colleges and universities and minority nursing associations. (Also see "Abbott Wants To Expand Clinical Trial Access By Diversifying Investigator Community" - Medtech Insight, 8 Nov, 2021.)

Medtech Insight outlines major trends shaping the top 15 cardiovascular device companies included in the latest Medtech 100 rankings. They include a growing need to reach underserved patient populations, ongoing staffing and other challenges created by the COVID-19 pandemic, and reimbursement obstacles.

Medical product development programs, according to the draft guidance, should consider the clinical and demographic factors that impact the study results with respect to the patient population that will use the medical product once it’s approved.

Diverse populations as defined by race and ethnicity are relevant to the evaluation of medical products, the FDA says, and there have been some observed correlations between self-reported race, ancestry, genetic variations or ethnicity, and response.

Specifically, the FDA recommends that a “plan” to enroll representative numbers of participants from historically underrepresented racial and ethnic populations be submitted for investigational device exemption (IDE) applications. The FDA says this plan should be discussed with the agency as soon as practicable during product development.

For medical devices, sponsors should mark their submissions with “RACE AND ETHNICITY DIVERSITY PLAN” in large, bolded type in their cover letter included in the IDE application.

To discuss a proposed enrollment strategy before submitting the plan for the IDE or for clinical studies not conducted under an IDE, a sponsor should follow the Q-submission process for obtaining feedback or requesting a meeting with the agency.

The FDA may additionally request that sponsors provide periodic updates to specific components of the plan throughout product development. Sponsors should include the plan in the marketing application for the product, as well as a description of the successes and challenges in implementing it.

The content of these plans, the agency says, should define enrollment goals for underrepresented racial and ethnic participants in clinical development for a given indication. Further, enrollment goals should be based in part on the prespecified protocol objectives of the investigation.

For studies of such devices – such as pulse oximeters – skin pigmentation data in a diverse population would be a relevant attribute to collect to inform the assessment of any differential effects.

Comments on the draft guidance can be submitted to the agency at any time at regulations.gov through 13 June.

Industry to Biden: Count Us In On Cancer Moonshot