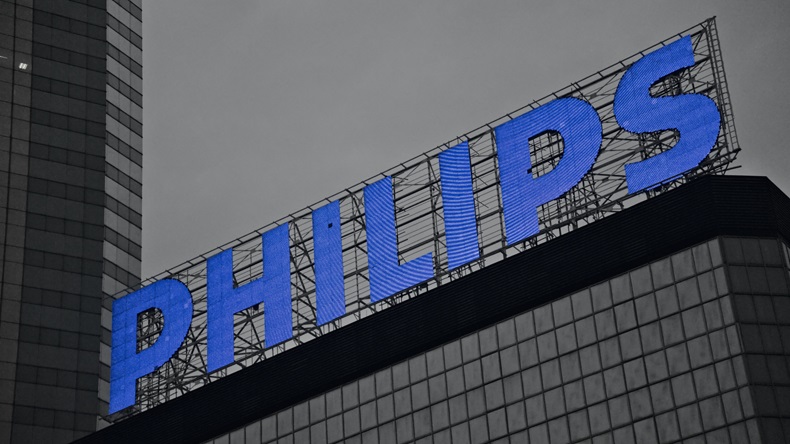 Things have gone from bad to worse for Royal Philips, which has been reeling from an early summer recall of millions of breathing machines because of degraded sound abatement foam. Now the company has been slapped with multiple risk management and quality systems observations after a recent on-site facility inspection by an investigator with the US Food and Drug Administration.

In one of the more damning observations made by investigator Katelyn Staub-Zamperini during the 26 August-9 November inspection, Philips apparently opened no formal investigations after it received hundreds of thousands of complaints of particles and other contaminants when the devices were used.

More than 2 million bi-level positive airway pressure (BiPAP), continuous positive airway pressure (CPAP), and other mechanical ventilator devices were recalled by the company in June because there’s a risk that people could inhale the broken-down foam. The FDA gave the recall its highest risk classification, class I, in July. (Also see "It’s Class I For June Recall Of Philips Breathing And Ventilator Devices" - Medtech Insight, 22 Jul, 2021.)

“Analysis of quality data, such as complaints and Medical Device Reports, was not adequately performed to identify or detect quality problems,” Staub-Zamperini wrote in a lengthy FDA-483 observation report that was given to the facility’s head of quality at the close of the inspection at Philips Respironics’ plant in Murrysville, PA.

Philips management “were aware of potential foam degradation issues … since at least 01/31/2020, or earlier.” – Katelyn Staub-Zamperini

Specifically, “no formal investigation, risk analysis or CAPA [corrective and preventive action] were initiated, performed or documented in response to the at least 222,000 complaints that could potentially be related to foam degradation,” the investigator wrote.

The charges made by the FDA are particularly noteworthy given that Philips has been sued by users of the recalled devices because, they say, the company knew about problems with the foam for quite some time but did nothing to fix them. (Also see "Recall Of Sleep, Ventilator Devices Lead To International Patient Suits For Philips" - Medtech Insight, 28 Jul, 2021.)

Staub-Zamperini’s 483 report seems to bear that out. She wrote: “Firm management, including management with executive responsibility, were aware of potential foam degradation issues concerning CPAPs, BiPAPs and Trilogy ventilators since at least 01/31/2020, or earlier, and implemented no further corrective actions until April 2021.”

Here are Staub-Zamperini’s eight observations, as written in the report:

It’s important to note that just because a company is issued an FDA-483 doesn’t mean the agency will also send a warning letter – although a case like this that involves a class I recall and a less-than-stellar inspection outcome does up the chances that Philips may eventually find an enforcement missive in its mailbox.

Nevertheless, the company stressed in a 14 November recall FAQ sheet that “an FDA investigator’s list of inspection observations does not constitute a final FDA determination of whether any condition is in violation of the Federal Food, Drug, and Cosmetic Act or any of its implementing regulations.”

Industry experts weigh in on what the US FDA’s enforcement options are following the company’s high-profile recall of millions of breathing devices and unfavorable facility inspection results.

The FDA-483 was made public by the FDA on 12 November as part of an agency update on the state of the Philips recall. The company began repairing and replacing recalled breathing devices in September; the firm said at the time that the effort would take a year. (Also see "Philips: It Will Take 12 Months To Repair And Replace Recalled Sleep, Ventilator Devices" - Medtech Insight, 1 Sep, 2021.)

The FDA says that, as part of Philips’ repair-and-replace program, the manufacturer is removing degraded polyester-based polyurethane foam from affected CPAPs and BiPAPs, and replacing it “with a different, silicone-based foam.” The agency approved the firm’s plan to make the foam switch back in June based on testing results that Philips shared with regulators.

But during its recent inspection, “the FDA obtained additional information, not previously available to the agency, regarding the silicone-based foam used in a singular, similar device marketed outside the US, which failed one safety test for the release of certain chemicals of concern, called volatile organic compounds,” or VOCs, the FDA said.

As a result, “the FDA has requested that Philips Respironics retain an independent laboratory to perform additional testing to determine what, if any, potential safety risks may be posed to patients by the silicone-based foam,” the agency said.

People can still use devices with the new foam while the independent testing is carried out, the FDA said.

The regulators “reached this determination based on an overall benefit-risk assessment. At this time, the agency has determined that discontinuing use of one of these devices may be more harmful to a patient’s health and quality of life,” the FDA said. “The results from the independent testing are needed to determine if the silicone-based foam used in the repaired devices does in fact present any risks to patients, and the FDA will communicate those results to the public as soon as they are available.”

Royal Philips CEO Frans van Houten said in a 14 November statement that the device maker “will work closely with the FDA to clarify and follow up on the inspectional findings and its recent requests related to comprehensive testing. Until we have concluded these discussions, we are not able to publicly provide further details on these responses.”