iRhythm Is ‘Encouraged’ By Recent Reimbursement Discussions With Novitas

The company provided another update on its ongoing efforts to secure adequate Medicare reimbursement for long-term continuous cardiac monitoring. 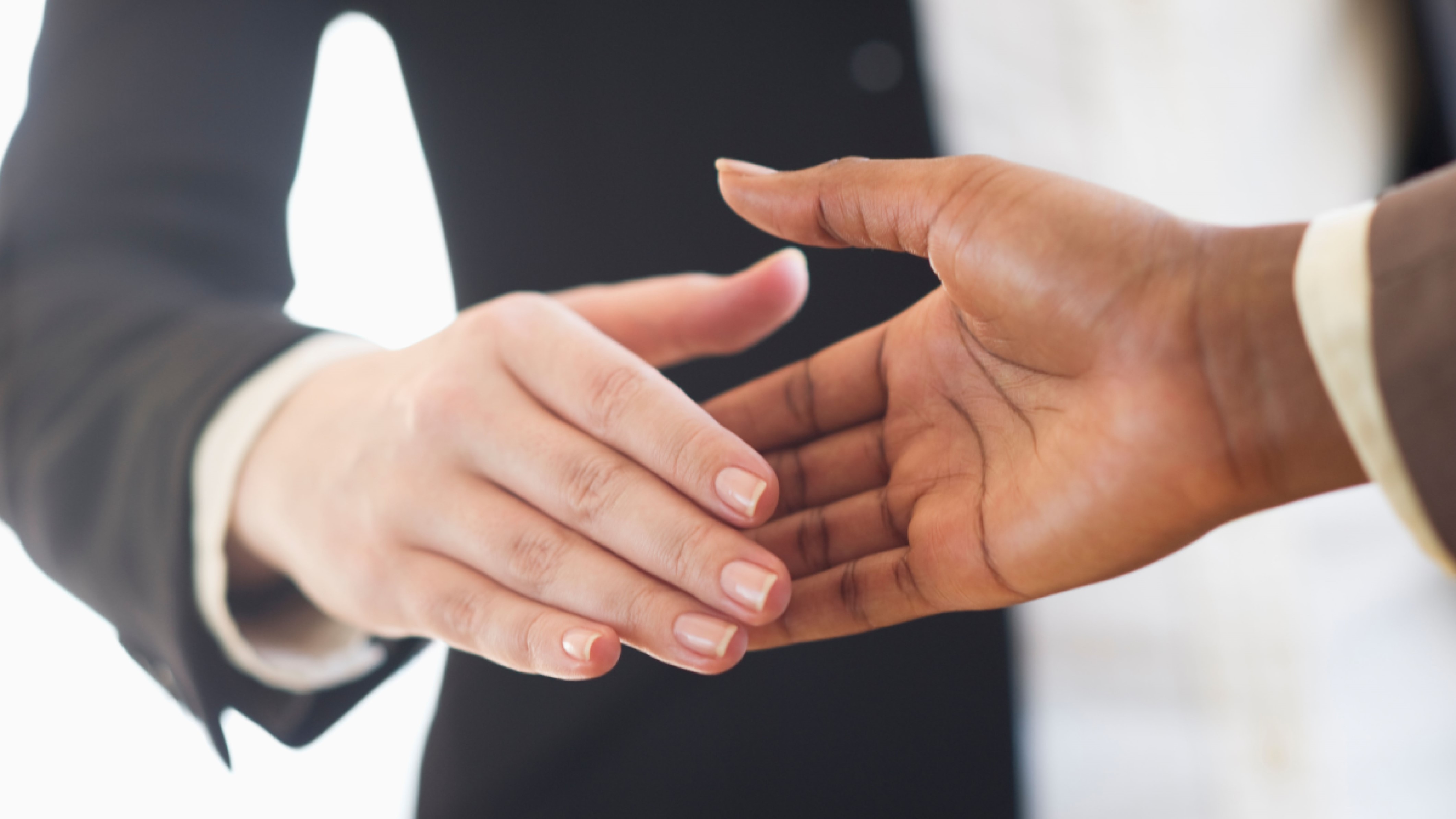 Cardiac monitoring company iRhythm Technologies is not giving up on providing its Zio XT 14-day cardiac monitoring system to Medicare beneficiaries and will continue to provide Zio XT to these users while it seeks higher reimbursement rates for its device and services.

In April, Novitas announced plans to cut the payment rate for continuous long-term continuous electrocardiogram (ECG) monitoring from more than $300 – which had been the rate since 2012 – to about $100.

At that time, iRhythm said it could not afford to continue providing the Zio XT devices and monitoring services for Medicare beneficiaries at that price. (Also see "Reimbursement Dispute Between Novitas And iRhythm Hits An Impasse" - Medtech Insight, 13 Apr, 2021.)

“We will make no changes in access to the service for Medicare patients until the paths we are pursuing for more appropriate Medicare pricing have been fully explored.” – Michael Coyle

But, during its most recent sales and earnings call, iRhythm CEO Michael Coyle said his company is still working with Novitas to resolve the impasse and will provide Zio XT to Medicare beneficiaries who could benefit from long-term continuous cardiac monitoring.

“Given the multiple avenues we see for obtaining revised pricing in Medicare, … we've decided to continue to ensure Zio XT is broadly available to all patients and we will make no changes in access to the service for Medicare patients until the paths we are pursuing for more appropriate Medicare pricing have been fully explored,” Coyle said on 6 May.

“We are disappointed in the outcome at this point but remain steadfast in our pursuit of higher Medicare reimbursement [but] our recent conversations with Novitas have been constructive,” he said. “We believe there are viable paths to more equitable rates and that it is appropriate to fully explore these paths before making any changes to the availability of Zio XT service in the Medicare portion of our business.”

Cardiac Insight, which markets the Cardea SOLO all-inclusive seven-day ambulatory ECG system, “remains optimistic” that it can continue to provide its monitoring system to Medicare beneficiaries.

Despite these setbacks, Cardiac Insight plans to continue providing Cardea SOLO to Medicare beneficiaries covered by these MACs.

“We will not abandon our customers or patients during these challenging times,” Cardiac Insight CEO Brad Harlow said in a 12 April release. “Cardiac Insight continues to ensure equitable access to our cost-effective efficient diagnostic solution to all patients, particularly the Medicare and medically underserved populations who have been shown to be at higher risk for complications such as stroke.”

“We will not abandon our customers or patients during these challenging times.” – Brad Harlow

Boston Scientific, which recently acquired monitoring company Preventice Solutions, is confident its cardiac monitoring portfolio is sufficiently diverse that the Medicare reimbursement for long-term continuous monitoring will not have much impact on that business’ overall revenue.

The Medicare reimbursement rates have put “some pressure” on demand for long-term ECG monitoring “but the other parts of that business continue to grow,” Boston Scientific CEO Michael Mahoney said during his company’s 28 April first-quarter sales and earnings call. “And due to the inherent flexibility of [our devices], we are able to modulate patients into these different modalities, depending on what the patient need may be or maybe the reimbursement circumstance.”

The prospect of low Medicare reimbursement rates for extended cardiac monitoring caused Hillrom to back out of its agreement to acquire Bardy Diagnostics for $375m. Hillrom maintains the new rates will significantly decrease the revenue potential of Bardy’s Carnation ambulatory cardiac monitoring system, so Bardy is no longer worth what Hillrom agreed to pay for it in January. (Also see "Reimbursement Questions Jeopardize Hillrom/Bardy Merger" - Medtech Insight, 3 Mar, 2021.)

The Value Of AI-Enabled Monitoring

Novitas set the new lower rate with a valuation methodology based on assumed cost inputs that do not account for the overall impact of long-term monitoring with Zio XT, Coyle said.

“The value of Zio XT is not just in the device, but in this [AI] analysis,” Coyle said. “The assumed cost inputs that generated the rates posted by Novitas more accurately reflect cost [inputs] for less sophisticated devices and services that are most commonly used for shorter-term monitoring.”

Multiple studies have confirmed that the Zio XT system is more effective at identifying arrhythmias and improving patients’ outcomes than less sophisticated and shorter monitoring approaches, he said.

“Novitas has given us preliminary indications that this model has been a methodology that has worked well in other areas, and they believe it could be appropriate for use in this case as well.” – Michael Coyle

To support its argument for a higher reimbursement rate, iRhythm has developed a different model that shows the true costs and benefits of the Zio XT service, he said. “Novitas has given us preliminary indications that this model has been a methodology that has worked well in other areas, and they believe it could be appropriate for use in this case as well.”

While iRhythm has been “encouraged” by its recent discussions with Novitas, Coyle cautioned that the two companies have yet to reach a new agreement and does not know when they will.

“To the extent that more sustainable pricing cannot be achieved, we want to be prepared and will continue to examine operating plans and potential changes to our business model that will meaningfully drive down our costs to deliver the Zio XT service and, if necessary, begin to modify or limit access to the services in portions of our market that carry below cost reimbursement levels,” Coyle said. “However, it is our strong preference and that of our customers to achieve reasonable rates with Novitas and other MAC and/or [the US Centers for Medicare and Medicaid Services (CMS)] that ensures continued access for all patients.”

In parallel with its ongoing discussions with Novitas, iRhythm has also talked to other MACs in regions where iRhythm already has existing independent diagnostic testing facilities as well as potentially new geographies.

“In these discussions, we will continue to reinforce the clinical and economic value of long-term ECG monitoring, and it is our intent to share the same cost model that is being developed for our Novitas discussions as the basis for establishing appropriate rates with these MACs,” Coyle said. The outcome of these discussions also remains uncertain, Coyle cautioned.

The agency will release its proposed 2022 physician fee schedule in July or August.

Even if that proposal includes national Medicare rates for long-term cardiac monitoring, the CMS could change its mind before the final rule is released at year-end. The agency initially proposed to establish national pricing for extended ECG monitoring in the 2021 physician fee schedule, but in its final 2021 physician fee schedule, the agency determined that it did not yet have enough accurate cost data on long-term monitoring with wearable devices to establish accurate national pricing.

Coyle said the company is working with other monitoring companies, physician groups, patient groups and Congress in a “comprehensive advocacy campaign” to “ensure that the clinical value of long-term continuous monitoring is understood and recognized.”

“Longer-term, we're seeking opportunities to engage with CMS to establish what we consider to be more appropriate pricing methodologies with digital health business models,” Coyle said. “Digital health and AI-based technologies and solutions are novel and underappreciated in our health care system. And new solutions may be necessary to get the value of the technology underlying our products recognized by CMS.”

"Full access to technologies should not rely on the decision of a single MAC, which just happens to be where the majority of the service centers are located." – Bob Odell

Cardiac Insight is among the companies trying to convince CMS to create national pricing for long-term cardiac monitoring. Bob Odell, Cardiac Insight’s chief operating officer said, “full access to technologies should not rely on the decision of a single MAC, which just happens to be where the majority of the service centers are located. Complete access really needs a national coverage determination (NCD), or all the MACs to reimburse appropriately and equitably. Until this happens, providers are faced with significant challenges to support our seniors and underserved.”

Coyle pointed out that some commercial insurance payers reference Medicare pricing in their negotiations, so cuts to the Medicare reimbursement rates could eventually impact what those payers are willing to pay for long-term cardiac monitoring.

To mitigate this risk, iRhythm has been meeting regularly with representatives of commercial payers to review the effectiveness of Zio XT and its value to patients.

He said that commercial pricing in the first quarter of 2021 was down “low-single-digits on a percentage basis” when compared to 2020 pricing, but “if we are unsuccessful in improving the Medicare rates before calendar year 2022, we believe it is prudent to expect that commercial rates may begin to more negatively be impacted next year.”

Reimbursement Dispute Between Novitas And iRhythm Hits An Impasse

Boston Scientific Bets Big On Monitoring; Buys Preventice For Up To $1.25Bn