The US FDA says it has received more than 450 Medical Device Reports since 2017 that describe patient infections following use of reprocessed cystoscopes, ureteroscopes and cystourethroscopes. Three deaths were reported by Olympus Corp. 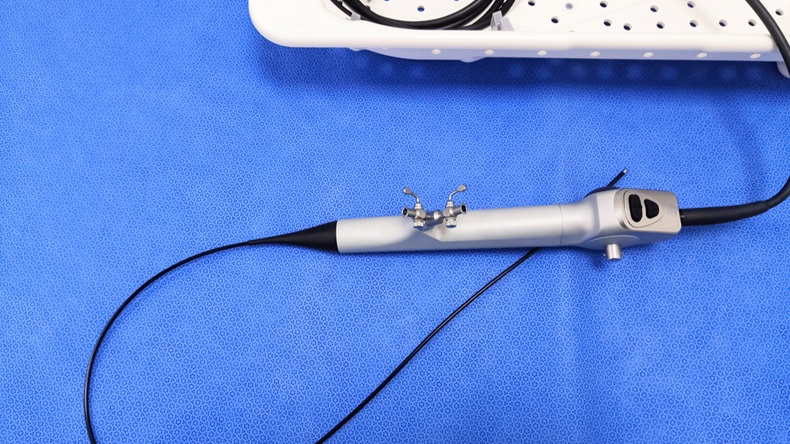 The FDA is warning about urological endoscopes, including ureteroscopes

The US Food and Drug Administration on 1 April sounded the alarm over recent adverse event reports that indicate patient infections linked to reprocessed urological endoscopes, including cystoscopes, ureteroscopes and cystourethroscopes.

The scopes are used by health care providers to view and access a patient’s urinary tract.

In a safety alert, the FDA said it has “received numerous Medical Device Reports (MDRs) which describe patient infections post-procedure or other possible contamination issues associated with reprocessing these devices.”

The agency said that while some of the MDRs “indicate possible inadequate reprocessing or maintenance issues (for example, device failed leak testing) as a potential cause, the FDA is also evaluating other potential issues, including reprocessing instructions in the labeling and device design.”

“We are very concerned about the three reported deaths – outside of the United States – associated with these infections.” – Jeff Shuren

The FDA is investigating, but is confident that the risk of infection for patients is low. Health care providers are urged, however, to closely follow labeling and reprocessing instructions for the scopes and related accessories.

The FDA says it has received more than 450 MDRs since 2017 that detail patient infections following use of the scopes.

“In those reports which provided the name of the device manufacturer, either Olympus Corp. or Karl Storz were cited,” the agency said, pointing out that Olympus itself submitted three MDRs that reported patient death from bacterial infection. “However, the FDA has not concluded that such risks are limited to a particular manufacturers’ devices nor that any specific manufacturer or brand of these devices is associated with higher risks than others.”

FDA device center director Jeff Shuren weighed in on 1 April: “We are very concerned about the three reported deaths – outside of the United States – associated with these infections, and we’re acting fast to communicate with health care providers and the public about what we know and what is still an emerging issue.

“While some reports indicate the potential causes could be inadequate reprocessing or device maintenance issues, we’re also evaluating other possibilities, including device design or the reprocessing instructions in the labeling,” he added.

The FDA said its review of adverse events related to urological endoscopes was informed by its work over the past few years with duodenoscopes that were linked to patient deaths from bacterial outbreaks because of inadequate device cleaning.  (Also see "US FDA Report Confirms Duodenoscope Contamination Risk" - Medtech Insight, 11 Dec, 2018.)

Olympus, as well as Fujifilm Medical Systems and Pentax of America, made the troublesome duodenoscopes. The FDA in 2015 ordered the three manufacturers to perform postmarket surveillance studies for their scopes. (Also see "Duodenoscope-Makers Ordered By FDA To Conduct Sec. 522 Postmarket Surveillance Studies" - Medtech Insight, 5 Oct, 2015.)

“The problems the FDA has identified with urological endoscopes and duodenoscopes may apply to similar devices,” the agency warned, noting that it’s “also reviewing information on other types of endoscopes.”

In the meantime, the FDA gave health care providers advice on how to handle the urological endoscopes, including carefully following reprocessing instructions, developing schedules for routine inspection of the scopes, and more.