Two QA/RA experts highlight hot-button topics that quality assurance and regulatory affairs professionals should keep an eye on in the medtech space this year. 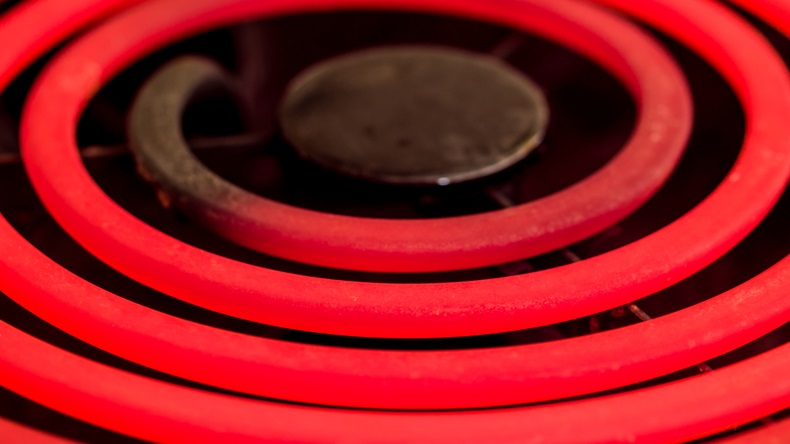 There are probably a million and one things quality assurance and regulatory affairs professionals should keep a sharp eye on in the medtech space this year.

But to keep things simple, Medtech Insight has pared that list down to four of 2021’s hottest quality and regulatory topics.

It’s roughly a year into the COVID-19 pandemic, and the US Food and Drug Administration still doesn’t have an approach nailed down for virtually inspecting device manufacturers – although it’s working on it.

The agency is trying out different tools, including records requests and the use of video, but King & Spalding’s Henry says the wave of the future will likely be a hybrid of on-site and remote regulatory assessments.

“I do expect that the FDA will leverage remote tools in combination with on-site visits as a hybrid way of addressing things – especially for your first product submissions,” Henry said. “I’m assuming it will be toward the end of the last half of this year before they would go back on-site at all, and the volume may not hit normal pace until next year.”

“With this hybrid approach, industry is going to see an uptick in FDA-483s and … warning letters.” – Eric Henry

“With this hybrid approach, industry is going to see an uptick in FDA-483s [inspectional observation forms] and non-COVID-related warning letters,” Henry said.

The FDA hasn’t released an official count yet of the quality-related, non-COVID-19 warning letters it sent to firms in 2020. But Medtech Insight’s warning letter tracker shows that the agency posted only 16 of the letters online last year – a new record low. (Also see "Warning Letter Nosedive: FDA Makes History (Yet Again) By Sending Only 21 Of The Missives To Device Firms In 2019" - Medtech Insight, 10 Feb, 2020.)

The FDA considers quality-related letters to be those that include an alleged violation of its Quality System Regulation.

Manufacturers submitting to the FDA products for approval shouldn’t be surprised if they encounter agency reviewers that are wet behind the ears, ASELL’s Levin says.

The FDA was busy in 2020 expanding its review team in response to the pandemic and the many related products that hit the market via emergency use authorization. (Also see "FDA Doubles Test Review Staff, Is Prioritizing EUA Reviews For Home-Use And High-Batch Tests" - Medtech Insight, 15 Jun, 2020.)

“Firms need to be patient with the reviewer and engage in respectful dialogue.” – Josh Levin

Levin – who worked in the FDA’s Office of In Vitro Diagnostics and Radiological Health (OIR) from 2009 to 2017, first as a reviewer and then as a postmarket team lead – urges companies to be patient with the FDA’s newbie reviewers.

“I know from being a former reviewer that it takes about a good year for a new reviewer to really feel comfortable,” he said. “When I was a new reviewer, the most helpful thing to me was when a company would patiently explain to me why they couldn’t do something.”

Levin said a reviewer might ask company officials pointed questions about their firm because they don’t necessarily understand how the company functions.

“So firms need to be patient with the reviewer and engage in respectful dialogue. And understand that you, the company, are the expert. The reviewer’s not the expert. So there will be some things you’re going to have to explain to them. But you also need to be a good listener,” he said.

On this week’s podcast we talk about four hot topics that medtech quality and regulatory professionals should keep a close eye on this year, and discuss an increase in False Claims Act cases in 2020.

When it comes to laboratory developed tests (LDTs), there’s a good chance there will be continued uncertainty this year around who will regulate them.

“I think FDA probably still wants to regulate LDTs, but I don’t know if the agency has the bandwidth” given its focus on the pandemic, Levin said.

Last August the FDA’s overseer, the Department of Health and Human Services (HHS), wrested LDT oversight away from the agency, a controversial policy move that Levin says will likely be reversed by the new Biden administration.

“But I don’t know if LDTs will get priority or not, because there are a lot of other things that the new HHS administration would like to do,” he added.

Levin is also keeping an eye on the VALID Act – but that’s languishing in Congress.

The act was drafted by lawmakers in late 2018, but time ran out that year before they could give the proposed law its full attention. It was reintroduced in the Senate in March 2020, but the 116th Congress also failed to take it up. It’s unclear whether the current 117th Congress will see the VALID Act as a priority; time will tell.

“It will be interesting to see if the VALID Act gets through Congress. It’s been talked about for years; it would be a big change in the way IVDs and LDTs are reviewed,” Levin said. “If the VALID Act passes, it’s going to basically create a whole new regulatory structure.”

4. Another Delay For Draft Harmonized QSR?

There’s no doubt that the highlight of 2021 for many medtech quality and regulatory wonks will be the release of the FDA’s retooled Quality System Regulation.

While the agency – which has been harmonizing the QSR with international quality systems standard ISO 13485:2016 for almost three years – has promised it will release a draft of the new rule this month, King & Spalding’s Henry isn’t optimistic that will happen.

“It would surprise me if the FDA released [its draft QSR] in February.” – Eric Henry

“As is natural with a new presidential administration, they put on hold implementation of regulations from the last several months of the previous administration. They have a review period, and then they begin to roll out new regulations or ones that were already in progress,” Henry said.

“So I would expect [the draft QSR] to come after the first quarter of the year, just based on the natural review periods of things that were initiated in the previous administration that aren’t yet complete,” Henry said. “Now, it could happen, but it would surprise me if the FDA released it in February.

“But that’s just my opinion.”

Henry pointed out that there’s little that device makers can do to prepare for the forthcoming quality system rule.

The Medical Device Single Audit Program – MDSAP – allows firms to undergo one audit by an accredited third party to satisfy quality regulations for the US, Canada, Brazil, Japan and Australia. The auditing approach maps to ISO 13485.

“So I don’t think there’s going to be a huge adjustment, on average, across the industry, because ISO 13485 is a very well-known standard that most people have to deal with anyway,” Henry said.

He urges manufacturers to “remain flexible to see how the FDA might apply its current enforcement methods to a standard that has historically been enforced – or if not enforced, then reviewed and evaluated – by notified bodies.”

FDA Cobbles Together Pilot For Remote Review Of Manufacturer Records

Warning Letter Nosedive: FDA Makes History (Yet Again) By Sending Only 21 Of The Missives To Device Firms In 2019