As the SPAC boom continues, innovative medtechs are expected to become acquisition targets. 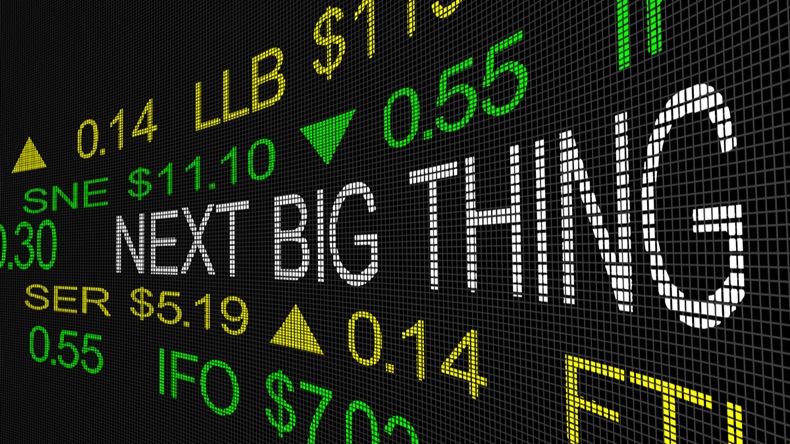 January kicked off with a flurry of SPACs, or special-purpose acquisition companies, and financial experts believe that these financing vehicles will continue to gain steam, with some targeting medtech.

Jonas Grossman, president and managing partner of Chardan Investment Bank, which focuses on disruption and innovation in the health care technology space, said that 2020 was a banner year for SPACs – or “blank check companies” as SPACs are often called – because they are formed specifically to find a start-up, buy it and take it public. While the majority of SPACs looking for a health care target were focused on biotech in 2020, Grossman foresees that in 2021: “We’ll see more medtech deals.”

According to Chardan’s statistics, as of 27 January, 40 health care-focused SPACs with $7.2bn to deploy were actively looking for a company to merge with.

About half are focused on biotech with the other half looking at other areas including medtech, digital health and general health care. However, with more SPACs looking for disruptive growth opportunities, the medtech sector has become an attractive target.

“I would predict that for 2021, we’ll see a number of pure medtech announcements, and we’ll also see a number of medtech-focused SPACs particularly looking at that space.” – Jonas Grossman

“I would predict that for 2021, we’ll see a number of pure medtech announcements, and we’ll also see a number of medtech-focused SPACs particularly looking at that space,” Grossman told Medtech Insight. 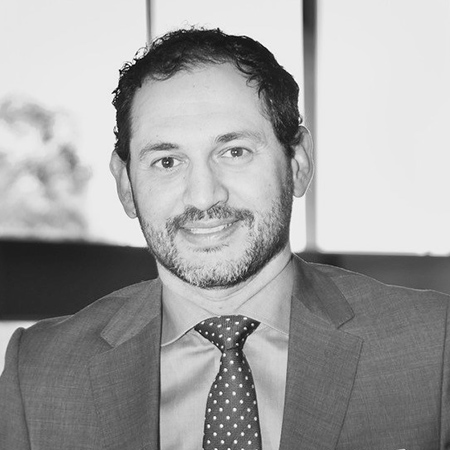 “Medtechs are often undervalued in the market, but I think if you look at their risk profile, they are usually less risky than biotech companies because you usually have a product,” Hernandez told Medtech Insight.

Blue Water Acquisition announced on 15 December it raised $50m by offering 5 million units at $10. Each unit consists of one share of common stock and one warrant exercisable at $11.50. The underwriter, Maxime Group, exercised its over-allotment option, resulting in $57.5m raised.

“We have been a free-trading company for a little bit over 30 days and I can tell you we’ve seen a large number of deals – in excess of 40 deals we’ve looked at [at] this point – and continue to get deal flow here on a daily basis,” Hernandez said. Though he feels that the smaller size of the SPAC, which puts it at an acquisition target range of roughly $75-$240m, puts it in the “sweet spot.”

“There’s not a lot of players in this acquisition spectrum,” he said. The majority of deals have been on the larger side, where there are more SPACs competing for the same private companies.

“We’re also starting to see increased deal sizes, so the valuations and the size of the companies that SPACs are looking to merge with in the medtech space are increasing as we progress through 2020 and go into 2021,” Anani told Medtech Insight. “The amount of capital, if you consider general SPACs and what is identified for this industry, is probably $10-$14bn – it just depends how you want to cut the data.”

A recent example is Compute Health Acquisition Corp., launched by former Medtronic plc CEO Omar Ishrak, which plans to raise $750m to acquire a company within the health technology sector, according to a SEC filing from 19 January.

Another example is Longview Acquisition Corp, which announced in November it merged with Butterfly Network Health at a value of $1.5bn. This transaction is expected to close at the end of March, when the company will start trading on the New York Stock Exchange. (Also see "Butterfly Network’s CEO Sees Blank Check Deal As Path To ‘Democratize’ Portable Imaging Platform" - Medtech Insight, 1 Dec, 2020.)

Grossman says the SPACs boom has been building for years – noting that 20-25% of the IPO market has been SPACs in the last four years. The market has accelerated during the pandemic. Grossman was behind the first major bio/pharma SPAC merger in 2019 when Chardan Healthcare Acquisition Corp. and Biotech BiomX Ltd merged, creating BiomX Inc. then valued at $248m.

According to the Wall Street Journal, some venture capitalists and tech companies saw SPACS as a way to raise money without being exposed to volatile markets.

Equally, some investors see SPACs as a big opportunity and a more efficient way for companies to go public, but critics say that they also leave the door open for backdoor deals.

Anani defines SPACs as a hybrid between a capital markets transaction and mergers and acquisitions transaction.

A SPAC is created by a sponsoring investor that is looking to raise capital to put in a trust. It exists solely to find a private company to take public.

“The amount of capital raised by SPACs varies: on the small side from $50-$60m, all the way up to $4bn at the IPO date,” Anani explained.

Typically, before the acquisition, SPACs sell units that include a $10 share of the company and warrants, conferring the right to buy shares at a certain price by a certain time.

The vast majority of the proceeds come from hedge funds and other institutional investors that move early. SPACs then have two years to search for a private company to merge with and take public. Investors backing the SPAC put up their money before an acquisition target is identified, which means they need to trust the sponsors to find a good target company.

If the SPAC fails to find a suitable company during the two-year time frame, it dissolves. The investors get their money back with interest and the sponsors lose whatever money they have put in. If the SPAC finds a company to merge with, the investors can withdraw their funds with interest if they don’t like the deal.

When the SPAC merges with a private company, the SPAC typically transforms into the target company and takes on the acquired company’s name. When the deal closes, investors who own shares in the SPAC become owners of the new entity.

SPAC sponsors can emerge as big winners, by putting up small amount to cover expenses before a SPAC goes public and then typically compensating themselves with a “promote,” consisting of shares equal to 25% of the SPACs IPO proceeds, or the equivalent of 20% of post-IPO equity, according to a paper on SPACs by law professors Michael Ohlrogge of New York University and Michael Klausner of Stanford, and management consultant Emily Ruan. This allows for returns at several times the original investment.

Scott Platshon, partner at EcoR1 Capital, LLC, a biotech-focused investment advisory firm, said earlier this month that there is now a trend in the health care sector toward “novel” SPAC structuring, where SPACs, for instance, issue common shares, but no warrants.

Another trend is that instead of the SPAC founders receiving 20% of post-IPO equity, the promote is “more associated with the success of the company and tied to the stock price,” Platshon said. Platshon made the comment on a panel discussion on “IPOs and the coming age of SPACs,” during the virtual Biotech Showcase sponsored by Informa that ran parallel to the J.P. Morgan Healthcare conference. In other cases, SPACs sponsors take less of a promote” – “we’ve seen some with 10% instead of 40%,” he said.

Also, in a SPAC transaction, the pricing can change until the night before shares start trading. Compared to a traditional IPO, the valuation is fixed through a privately negotiated merger deal.

This has led former SEC chairman Jay Clayton to look more closely at SPAC filings. Clayton reportedly said during the annual meeting of the Securities Industry and Financial Markets Association (SIFMA) on 19 October 2020 that, “On SPACs, I want to make sure, investors, particularly retail investors, understand the incentives of the sponsors and for the selling company in the ‘de-SPACing’ transaction when they vote on it or make those related investment decisions, and also understand that it’s not the same as an IPO.”

But Grossman said that SPACs capture a lot of value, because they “are providing something of great value to private companies.”

One example is the telehealth start-up Hims & Hers Health Inc. which negotiated with SPAC Oaktree Acquisition Corp for about four months before reaching a $1.6bn deal in October that closed on January 21, according to the Wall Street Journal. Since the transaction was completed, shares have dropped from $16.38 a share to about $14.43.

Anani, explained that typically in a SPAC transaction, the valuation given to a medtech company can be higher for one main reason.

“When you do an IPO, you typically can’t market the medtech company on future projections and future revenue and other financial measures, because that’s how IPOs are underwritten and marketed by investment banks,” he said. Companies looking to merge with a SPAC, by contrast, are allowed to talk about future projections.

“You can show the upward momentum that the company has, capturing the market share, launching a service, bringing a product to life … so I think the amount of capital raised is typically a little bit larger in a SPAC transaction,” he said.

Grossman added that the private company also has a partner in the SPAC team that either “had a balance sheet or brings relationships to bear to make the transaction successful.”

Hernandez said relationships and having aligned interests are important.

“There is a big component of ‘Can you see eye-to-eye on strategy and valuation and management’,” Hernandez said.

“The trickiest part may be the timing,” he said. “Private companies going with a SPAC need to get the right timing …  there needs to be an exclusivity commitment to each other at some point with valuation and expectations on deal size that are appropriate within the confines of a moving market.”

Platshon finds that many CEOs and entrepreneurs are having to learn fast about SPAC deals. He agreed with Grossman that timing is a key issue.

“The great and the bad thing about a SPAC is the condensed timeline,” Platshon said. “With IPOs, you’re able to do your crossover … testing the waters … and ‘date’ investors to really get to know them. With SPACs, it’s two, three, four months  ̶  what you do normally in two, three, four years.”

Goldman Sachs Group Inc. CEO David Solomon, among others, have expressed concerns about the sustainability of SPACs. Solomon warned in the company’s call in January that the flurry of SPACs is not sustainable in the medium-term. Goldman Sachs is among the banks benefitting from the boom.

Grossman also foresees that there will be “slowing of the pace,” noting that there are about 250 SPACs out there.

“Once it gets to 300 or 400, it starts to get crowded in each of the different spaces and there’s only a limited number of opportunities for public-ready companies,” he said. Nevertheless, he believes that 2021 will be an interesting year.

“I think you’re going to see a lot of innovative companies go public, especially in medtech.”

Getting A Head Start: Medtech VC Aims Earlier Than Ever Before

Pandemic Perspectives: A Lasting Impact On Medtech, But Not Dealmaking