Attorneys predict the upcoming Biden administration will try to quickly fill top leadership positions at the HHS and the FDA, and note that January’s two Senate runoff elections in Georgia could decide the fate of the Affordable Care Act before the Supreme Court does. 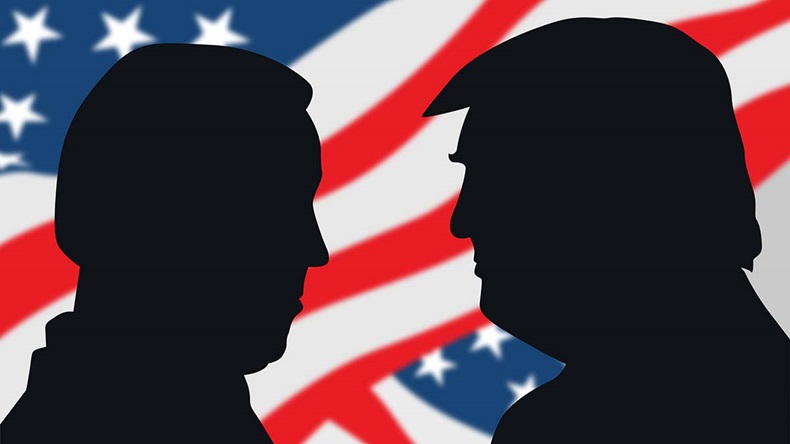 President-elect Joe Biden’s White House will rush to get the heads of the US Department of Health and Human Services (HHS) and the Food and Drug Administration confirmed by the Senate quickly to deal with the coronavirus pandemic, King & Spalding attorneys predict.

They also argue the fate of the Affordable Care Act may hinge on whether Democrats win two more US Senate seats in January’s Georgia runoff elections.

Sheldon Bradshaw, a partner at King & Spalding, spoke as part of an expert panel at the law firm’s 13th Annual Medical Device Summit on 10 November about what the results of the 2020 elections mean for industry. Although the presidential election was called more than three days ago for Biden by election watchdogs and all reputable news outlets, President Trump still refuses to concede.

Bradshaw, who previously served as an FDA general counsel, said that historically the HHS has not played a big role in presidential elections or during the transition period between administrations. However, the coronavirus pandemic has thrust the department into the political limelight, and it will likely continue to play a prominent role in coming months. Politically, he said there will be pressure to make sure Biden nominates an HHS secretary and an FDA commissioner straight out of the gate.

“Historically, if you look back at the last two administrations, commissioner [Margaret] Hamburg in the Obama administration and commissioner [Scott] Gottlieb in the beginning of the Trump administration were not even confirmed by the Senate until late May” – more than six months after Election Day, Bradshaw said. But now, “I anticipate that those are going to be among some of the earlier nominations.”

Experts have already opined that the outgoing Trump administration over the coming months may try to push out a slew of last-minute guidance documents and regulations, perhaps somewhat similar to what the Obama administration did before Trump came into office. However, Bradshaw says while Trump may want to go out “in a blaze of glory,” there has been a significant number of departures at the HHS and the FDA of late, which means the agency might not have enough manpower to put out any last-minute guidances or rules. (Also see "US Election 2020: What Does A Trump Or Biden Win Mean For FDA Regulations?" - Medtech Insight, 2 Nov, 2020.)

“I would also note issues related to the pandemic are sucking all the air out of the room,” he added. “That may affect how much [the HHS and the FDA] may be able to finalize the initiatives that are important to the current administration.”

“I would anticipate a new secretary of HHS and new FDA commissioner more likely will have a background in public health and academics rather than someone who is coming out of industry.” – Sheldon Bradshaw

Given that there’s been tension between the White House/HHS secretary Alex Azar and FDA commissioner Stephen Hahn – and the fact that the president recently fired defense secretary Mark Esper – there is the possibility the FDA may be his next target.

"I would not be surprised potentially if the president took some actions with respect to the FDA leadership although I will say there are very few political appointees at the FDA, so that might be limited to the current commissioner,” Bradshaw said.

He also said stakeholders should expect an uptick in enforcement, warning letters and consent decrees for industry if Biden takes office. Bradshaw’s comments were echoed by former US deputy attorney general Rod Rosenstein, who was also part of the panel.

“You could anticipate probably an uptick in white-collar enforcement,” Rosenstein said.

Will Biden Appointees Be Less Cozy With Industry?

Bradshaw suggested that there’s often a perception that Republican administrations “are too cozy with industry.” As an example, he noted that Gottlieb got a lot of flak from Democrats who accused him of representing industry interests when he was being nominated for FDA commissioner. That perception is likely to play a key role in who is nominated for the commissioner role in a Biden administration. (Also see "Gottlieb Becomes FDA Commissioner With Immediate Issues Pending" - Medtech Insight, 10 May, 2017.)

“I would anticipate a new secretary of HHS and new FDA commissioner more likely will have a background in public health and academics rather than someone who is coming out of industry,” he said.

Bradshaw said there’s a distinct possibility that the next HHS secretary will be a woman; three of the four names currently being floated for the position include New Mexico Governor Michelle Lujan Grisham, Rep. Karen Bass (D-CA) and North Carolina health secretary Mandy Cohen.

Bradshaw also said that under Democratic administrations there is typically talk of returning the FDA to a more science-based decision-making agency that has less interference and oversight from the HHS.

“Typically, pressure from the White House … flows through the HHS to the FDA, rather than sort of directly from the White House  to the FDA,” he said. “So I anticipate that there would probably be more of a hands-off approach between HHS and FDA with respect to scientific decisions, and probably in some respects, better coordination on issues between the sister agencies like CDC [the Centers for Disease Control and Prevention] and FDA on issues related to addressing the pandemic.”

Meanwhile, there are two Senate races still to run in Georgia that will determine whether Republicans maintain their majority in the upper chamber or if Democrats will be able to eek out a tie, where Vice President-elect Harris will be the legislative tie breaker. Georgians will head back to the polls on 5 January to decide in runoff elections who their next senators will be.

While the panelists were discussing the ramifications of the election, the US Supreme Court was hearing oral arguments in the California v. Texas case that could lead to the court declaring the Affordable Care Act unconstitutional. The case was brought on by conservatives who argue that because Congress in 2017 repealed the individual mandate provision in the ACA – also known as Sec. 5000(a) of the Internal Revenue Code – it introduced a “fatal flaw” in the law which means the entire law should be thrown out. The other side, however, has argued that the mandate can be severed from the rest of the law, which would allow it to stand.

“There is going to be a lot of disruption, to put it mildly, if [the Affordable Care Act] is unwound.” – Chris Kenny

There are a number of ways the Supreme Court could decide in the case, but according to Chris Kenny, another partner at King & Spalding who also spoke at the panel, depending on who wins the Georgia runoff elections, they could enact legislative fixes to make the issue moot.

“We're not going to have a [Supreme Court] decision in all likelihood until June,” he said. “A Democratic Senate, either through a supposed reconciliation, or if they just abolish the filibuster altogether, could just amend the Affordable Care Act to say every provision is separable, and so if the Supreme Court strikes down Sec. 5000(a), that's the only thing that goes and nothing else goes down with it.”

Alternatively, he also says Democrats could find ways to repair the damage done from striking down the law by trying to pass a Biden health care plan that would essentially be the ACA, but with a public option and increased subsidies for individuals in states that have not expanded Medicaid.

If Republicans are able to hold on to even one of the Georgia seats and the Supreme Court negates significant portions of the ACA, Kenny says the big question then will be: What is the political pressure to fix those provisions legislatively? He argued that in that scenario it’s unlikely to be an issue in 2021, but could become an issue in 2022 when rate-setting measures get underway for the ACA.

“It's not like open enrollment happens in November, and all of that stuff happens instantly,” Kenny said. “The entire year is where insurance plans are working with regulators to come up with what their benefit package is going to be, trying to price it within the rules, et cetera. So there is going to be a lot of disruption, to put it mildly, if this law is unwound.”

Based the oral arguments, however, most observers of the high court believe the ACA will likely not be overturned.

US Election 2020: What Does A Trump Or Biden Win Mean For FDA Regulations?