The Implant Files: EU Blamed For Regulatory Inadequacies The World Over While 'Wrath'-Behrendt Fumes 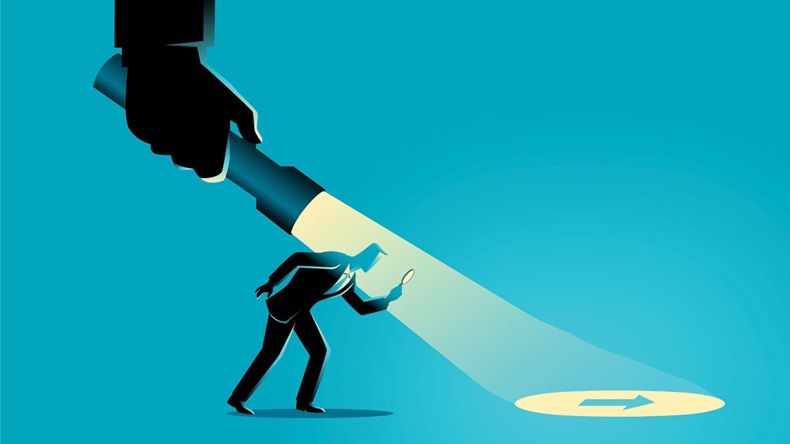 On Nov. 25, the International Consortium of Investigative Journalists (ICIJ) began unleashing the conclusions of a yearlong massive investigation into the medtech industry on a scale far exceeding anything carried out before – with a battery of further reports due over the coming week. The initial news was picked up all over the world by media outlets.

The main point that ICIJ is making is that patient safety is being compromised in countries throughout the world, with insufficient tracking of adverse events and recalls, and companies putting profits before safety. With more than 250 journalists having worked on this investigation, and the output reflecting this volume of input, the sector will be reeling as it tries to pick its way through the labyrinthine arguments in six written documents and four videos so far on the ICIJ website, in addition to more focused pieces running in newspapers and TV networks around the world.

To increase transparency and to provide information around the world where such information is scarce, ICIJ has built the world’s only publicly searchable global database of recalls and safety warnings. The International Medical Devices Database includes 70,000 records from 11 countries, and will be updated with data from more jurisdictions in the coming weeks.

A description of how and why the database was built is available on ICIJ’s website.

There is even a document inviting patients to share their stories. This is very much a live reporting tool into the medtech industry. It says there are "plenty of questions that remain unanswered."

It has been no secret, either in the EU or the US, that something was brewing and was coming to a crescendo over the last six weeks.

While the investigation and reporting is global in nature, from the EU angle, at least, this is a huge piece of work and not one that can be easily dismissed. In targeting the medtech sector, the journalists have assembled strong arguments built on thorough research and tried to deal with counter-arguments. They do also concede quite often that some positive developments may have happened since a reported event, or there may be a counter-argument to what they are saying. But such comments are followed by lengthy illustrations spotlighting the risks of devices. In other words, the sector may not believe the cases being made are sufficiently balanced. And neither will they be able to easily dismiss them.

Particularly poignantly, the investigators do not stop at criticizing elements of the EU Medical Device Regulation. Part of the investigation focuses on the way the new regulations were adopted, and argues that industry lobbying has resulted in inadequate regulations for the future. So just as the sector is trying to get to grips with significantly stricter and much costlier requirements, which are throwing the sector into disarray because of the complexities surrounding their introduction, it is again seeing questions as to whether the oncoming reforms go far enough.

Indeed, the EU will be feeling particularly uncomfortable since the ICIJ resurrects the term that Jeff Shuren, head of US FDA's device center, used in 2011 accusing the EU of treating its patients as "guinea pigs" as part of a transatlantic spat that continued for another year about whether there was evidence to prove the EU regulatory system was less safe than in the US. (Also see "US attacks EU regs again: two systems, one goal, and the real way forward" - Medtech Insight, 8 May, 2012.)

The ICIJ echoes this accusation when it says in one of its leading reports, just published, that the "EU has borne the brunt of many of the world’s worst implant scandals, unnecessarily resulting in patients scarred, injured or in permanent pain, or even dead. Leading surgeons, regulators, lawyers and patient advocates have said Europe’s approach treats its citizens 'like guinea pigs.'”

ICIJ suggests that the "success" of the EU regulation – and here we are talking about the Medical Device Directives – is to blame for a globally irresponsible approach to the regulation of medtech products the world over.

Serious Research, And More To Come

Dutch investigative journalist Jet Schouten – who led the team responsible for convincing a notified body to take on the auditing of a supposed pelvic floor surgical mesh, which was actually netting from a bag of oranges – was a key driver in making this latest investigation happen.

During the coming week, the device sector is in for a storm. There are going to be documentaries on national television channels throughout the world.

ICIJ describes EU regulation as "lax," points to manufacturers from third countries, such as the US, preferring to launch their products in the EU first because of this, and suggests that the EU regulations have ended up shaping regulation in many countries around the world.

"To get new products onto the market even quicker, however, many medical device firms travel first to Europe, which has some of the lightest regulations in the developed world," ICIJ journalists state. It goes on to say that lobbyists celebrate the EU approach as “a new international paradigm."

What's more, the ICIJ quotes trade association MedTech Europe as saying that EU rules influenced safety regimes in Canada, Japan and Australia and that, more recently, industry lobbyists in the US have pressed regulators to adopt ideas from Europe. Indeed, as we are well aware, Medtech Insight notes, the Trump administration is now further encouraging deregulation, including in the medtech arena.

In its report, ICIJ continues that some other countries have "done more than borrow regulatory ideas from Europe." And it argues that the authorities in Saudi Arabia, India, the Philippines, Singapore, Israel and much of Latin America "wave through" devices, or "subject them to less scrutiny," if they have already been certified as safe in Europe.

This report on lobbying mainly focuses on the fact that the Medical Device and IVD Regulations that have come into effect and that will fully apply on May 26, 2020, and May 26, 2022, respectively, are not as strict as they could be, and in the view of critics, should have been stricter.

The ICIJ coverage makes the point that the battle over how medical devices should be regulated offers a window into "how well-connected lobbyists can overwhelm a process designed to protect the public."

"Lobbyists won over European politicians and bureaucrats with an array of tactics, including not only unsubstantiated claims about safety but also dark warnings of lost jobs, increased taxes and fewer health-care choices," ICIJ writes.

The journalists interviewed former German Social Democrat MEP Dagmar Roth-Behrendt, the initial rapporteur at the European Parliament on the Medical Devices Regulation, whose views in wanting to introduce pharma-style regulations for high-risk devices were generally regarded as extreme at the time, and were voted out.

“I saw a huge amount of lobbying in the 25 years I was in the European Parliament,” Roth-Behrendt told ICIJ. “But the way this was done was the blackest I’ve ever seen. And I wonder that people can get along with their conscience.”

The BBC, meanwhile, in its Nov. 25 report, says Roth-Behrendt told Panorama – which is to air a documentary on Nov. 26 – that an intensive lobbying campaign by the industry undermined the proposed reforms and industry effectively won. "It's a success for them, and a failure for the European Parliament and for European patients, I have no doubt about it," she said. "It is like an open wound for me. That we could not do more for European patients and for the safety of European patients hurts."

This is part of a series of pieces that Medtech Insight is reporting on the Implant Files. (Also see "Medtech Innovators Are Under Attack Again – But When Aren't They?" - Medtech Insight, 26 Nov, 2018.) Our US and EU-based editors will continue to report on different aspects of these files and monitor developments on ICIJ's website.

Medtech Innovators Are Under Attack Again – But When Aren't They?

Medtech Innovators Are Under Attack Again – But When Aren't They?