Donald Trump's victory over Hillary Clinton in the US presidential election have sent many reeling in shock, but what impact has this had on health-care stocks the morning after, and what longer-term repercussions would a Trump administration have on the medtech industry? 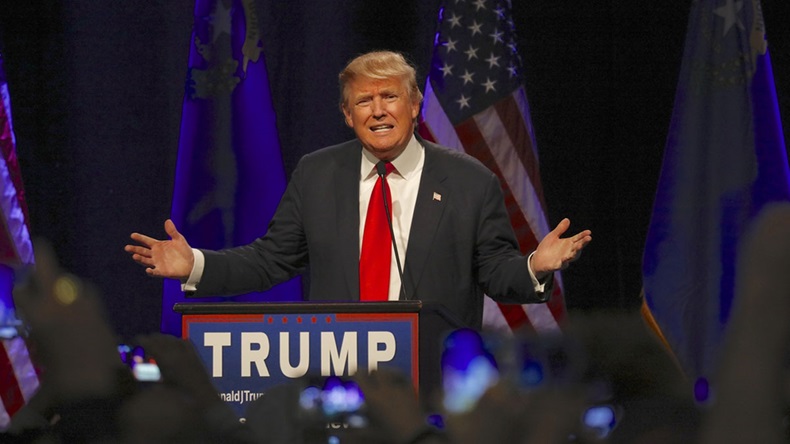 When life deals a blow, it's usually the big and strong that can withstand the impact better than the small and weak. This seems to be the case for health-care stocks and the reaction of the markets on Nov. 9, the day after the US voted for its next president and Donald Trump emerged as the surprise victor.

"The initial reaction [to the US election result] is one of a 'risk-off' attitude," said Nick Keher, director, health-care equity research, at RBC Capital in London. In the European health-care market, he told Medtech Insight, the big profitable names have reacted positively to the news while smaller names that have yet to reach profitability or are still in heavy R&D mode – hence a riskier investment proposition – have underperformed.

There is also a discrepancy in terms of how medtech stocks have performed compared to pharma stocks. Pharma companies have seen their share prices go up, as investors react favorably to Hillary Clinton's failure to become the next chief executive of the US. Clinton's plan to lower drug prices did not sit well with pharmaceutical companies and with her out of the way, this risk is now diminished. "Before this year, we've seen medtech outperform biotech due to uncertainty in this pricing issue … but now they're starting to rotate back and we're seeing a revision from medtech into pharma," said Keher.

The impact of repealing Obamacare is mixed. While getting rid of Obamacare altogether would also rid medtech companies of paying the medical device tax, this would also mean they lose market volume.

"There have been so many contradictory comments from Trump; nobody really knows what his policies are. That's why I'm surprised there has been so much movement in the market," he told MedtechInsight. While Clinton may have been persona non grata to the pharma industry, Cooper said Trump has indicated that he may encourage Medicare to negotiate with pharma companies to bring down the cost of drugs after all. "Trump has only just been elected and he has said so many different things; it's a case of wait and see what he actually does and what he's allowed to do."

Two issues that would have a knock-on impact on medtech companies if Trump does see them through is related to the repeal of Obamacare – the Affordable Care Act and the medical device tax that goes with it – and the repatriation of overseas capital into the US.

The impact of repealing Obamacare is mixed. While getting rid of Obamacare altogether would also rid medtech companies of paying the medical device tax, which they have long contested and which is now under a two-year suspension, this would also mean they lose market volume. "Twenty-to-thirty million Americans who have medical insurance because of the Affordable Care Act might lose it. Volume will be down materially and this will have a knock-on impact on the medtech world more than anything," said Keher of RBC Capital. Unlike pharma companies that could offset this with price increases, medtech companies are under constant pricing pressure and unlikely able to mitigate volume shortfall through price hikes.

While Trump has emerged the clear winner in the US presidential election, a blanket of uncertainty continues to shroud his policies and the potential scenarios that could play out over the next four years.

With regards to repatriation, if Trump does manage to cut a deal so that the estimated $1.5 trillion of assets and capital which companies have outside the US can bring it back into the country without being penalized too heavily, this could be a boost – for US health-care stocks that would be on the receiving end of this repatriated money.

"US companies don't want to repatriate their cash because if they do, they have to pay 35 percent tax on it. So they've been using this cash to buy overseas assets which has been giving a boost to European valuations, especially those that are big-dollar earners, said Keher. "That could be a long-term negative on the [European health-care] sector if a deal is cut – they'd repatriate their cash and spend it on US names instead. So our US desk is talking about how it could be a boost for US biotech evaluations as companies look to buy talent from US grounds instead."

Cooper of Trinity Delta added that another negative of a Trump win is the issue of tariffs for non-US companies. "Trump has indicated he will be increasing tariffs to 'stop US jobs going overseas,’ as he puts it. If that's the case, that would be negative without a doubt for non-US companies looking to export into the US."

While Trump has emerged the clear winner in the US presidential election, a blanket of uncertainty continues to shroud his policies and the potential scenarios that could play out over the next four years. "We need to know more about what is going to happen. Trump made some conciliatory remarks during his acceptance speech that he might not be as extreme in his actions as some people fear, but we don't know until he starts making policies," said Cooper.

The Trump Conundrum: Republicans Will Run US Government, But Incoming President Is A Wildcard