This new Medtech Insight feature compiles news briefs on a range of regulatory and legal happenings. This week: Guidance documents on photobiomodulation devices and COVID-19 submissions; legal settlements for Abbott and Jet Medical; and a new partnership for Pear Therapeutics. 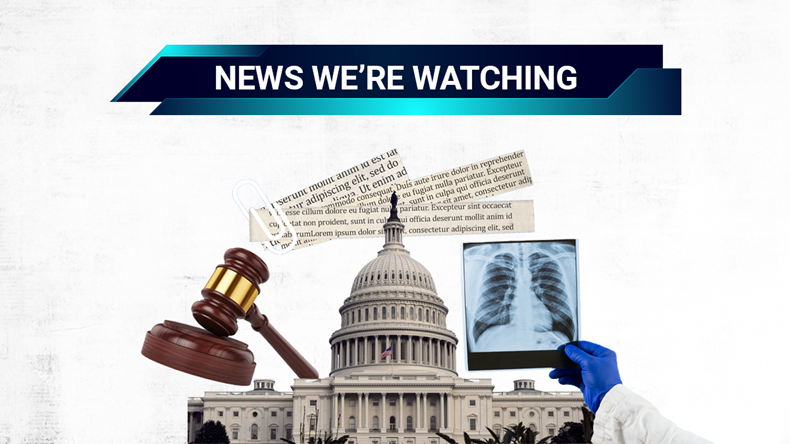 The US Food and Drug Administration published a draft guidance for 510(k) submissions of photobiomodulation (PBM) devices, also known as low level light therapy devices, on 12 January. The guidance applies to class II PBM devices and provides information for their labeling and testing requirements. The guidance also applies to PBM devices that are components of other devices, such as ultrasounds, massagers, or electrostimulation devices.

Comments are open until 13 March and can be submitted through this docket.

Jet Medical and its affiliates have agreed to pay more than $700,000 to settle federal court cases related to distributing the Allevio SPG Nerve Block Catheter before it had US Food and Drug Administration clearance, the Department of Justice announced last week. The funds include $200,000 to resolve criminal allegations and $545,000 in related civil suits under the False Claims Act. Jet Medical also signed a deferred prosecution agreement admitting the conduct and promising to enhance its compliance activities.

The Allevio device treats migraine headaches by administering nerve blocks to the sphenopalatine ganglion (SPG), a collection of nerves located deep in the midface of the skull. According to the DOJ, Jet sold the product for this use without garnering regulatory clearance or even conducting a study to ensure the device’s safety and effectiveness. The whistleblower suit had been initially filed in Illinois federal court.

A New York District Court has ordered H&H Wholesale Services to pay at least $26.5m to Abbott after finding that the wholesale firm resold FreeStyle diabetes test strips manufactured for overseas use in counterfeit US boxes. The funds include $13.25m in actual damages, which is being doubled to reflect H&H’s willful conduct, as well as interest and attorney’s fees.

In 2015, Abbott had filed suit against several distributors including H&H for allegedly reselling the mislabeled test strips. The court entered a default judgement against H&H and the other defendants in 2020.

The first, Digital Therapy Device to Reduce Sleep Disturbance for Psychiatric Conditions, is based on NightWare, Inc.'s NightWare Kit and defined as a prescription device that uses a computing platform to reduce sleep disturbance in patients with psychiatric conditions such as such as nightmare disorder or post-traumatic stress disorder. Required special controls are clinical performance testing, labeling, and software verification, validation, and hazard analysis.

The other, Prognostic Test for Assessment of Liver Related Disease Progression, was based on Siemens plc’s ADVIA Centaur Enhanced Liver Fibrosis. The FDA described it as a device that measures human sample analytes to help assess the progression of liver related disease, but is not intended for diagnosis, monitoring the effect of any therapeutic project, or detecting viruses. Special controls for the tests are “certain design verification and validation activities, including certain clinical studies” and “certain labeling information, including certain warnings and performance information.”

Digital therapeutics firm Pear Therapeutics, Inc.  has announced a partnership with life sciences company COEUS that will allow states to use data gathered by COEUS to see the real-world benefits of treatment with Pear’s products. Pear’s reSET and reSET-O, both of which can be used to treat opioid addiction, are the first prescription digital therapeutics (PDTs) to be added to COEUS’ COEBRA platform.

COEBRA uses metrics from claims data and electronic medical records to provide state Medicaid agencies with a composite view of the therapeutic impact of various treatments. This information can then be used to demonstrate the cost and effectiveness of PDTs for Medicaid patients, allowing Pear to streamline its process for contracting with state governments while also making it easier for patients to access the company’s treatments.

The FDA has made what it described as “minor updates” to two pandemic-related guidance documents, Policy for Coronavirus Disease-2019 Tests (Revised) and Policy for Evaluating Impact of Viral Mutations on COVID-19 Tests. The revision clarifies that the agency intends for the guidances to remain in effect only “for the duration of the declaration under section 564 of the Federal Food, Drug, and Cosmetic Act that circumstances exist justifying emergency use authorization of in vitro diagnostics for the detection of COVID-19,” rather than for the entire public health emergency (PHE). The agency said the move is part of its ongoing efforts to encourage test developers to pursue standard regulatory clearances for COVID-19 diagnostics, rather than emergency use authorizations (EUAs).

Additionally, the viral mutations policy has been edited to reflect current information about variants and recent FDA actions.

The guidance documents were issued on 12 January, a day after Secretary of Health and Human Services Xavier Becerra officially renewed the PHE for the 12th time. The latest renewal will last a further 90 days.