Sparta Breaks Through With Synthetic Cartilage To Address Osteoarthritis

Sparta Biomedical is developing a synthetic cartilage-on-titanium knee implant based on its proprietary Galene process for infusing cellulose fibers with polyvinyl alcohol. The company hopes to begin clinical trials in 2023. 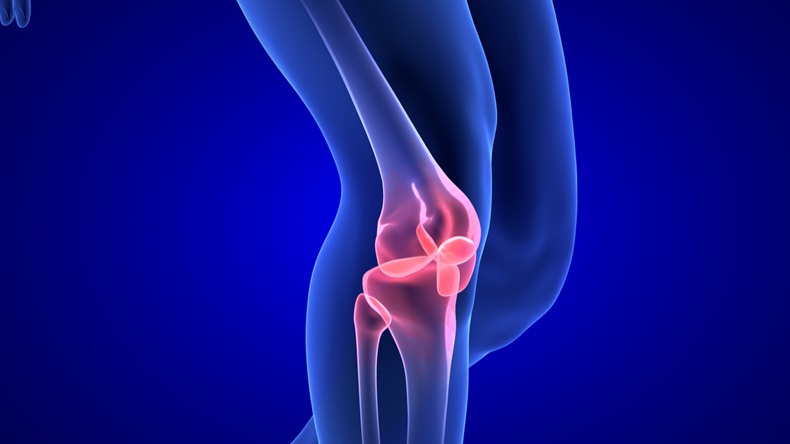 Although Ormi has not yet been tested in humans, the Durham, NC-based company is confident it will eventually enable patients to quickly return to normal activities that would be too painful without repair, including walking and running.

The 700 million people in the world with osteoarthritis (OA) in the knee currently do not have many options, which is why the US Food and Drug Administration granted Sparta its breakthrough designation in March 2021, according to Sparta CEO Dushyanth Surakanti.

"We've gotten almost 1,000 inquiries about our technology from folks who are really desperate to get something that is not a partial or total knee [replacement]." – Dushyanth Surakanti.

Patients with osteoarthritis in the knee can try short-term treatments to relieve the pain or may have to undergo highly invasive surgical options, “but there's really nothing in the ‘middle’ for those patients who need something that's more focused and can really address the knee-pain problem,” he told Medtech Insight.

Less-invasive options like hyaluronic acid injections or corticosteroids offer a few months of pain relief, but usually allow the disease to progress. Eventually, the disease may progress far enough that the patient needs a total knee replacement.

Partial and total knee implants, however, hinder the joint’s mobility or cause irritations. The implants will eventually wear out and be replaced if the patient lives long enough.

“We've gotten almost 1,000 inquiries about our technology from folks who are really desperate to get something that is not a partial or total knee [replacement], because that's really the last option,” Surakanti said. “Because people know that once you go down that path, there is really no turning back.”

Osteoarthritis may emerge over time in older people, especially people with obesity or injuries to the knee ligaments that have made the joint unbalanced.

The wearing stresses on the cartilage can trigger the development of osteophytes – bony prominences that rub together in place of the damaged cartilage. “That’s the body’s way of adapting, but it’s not a great adaptation. That inflammation in the bone is where the pain stems from,” the CEO said.

Surakanti also noted that epidemiology research suggests that as many as half of Americans will have obesity by 2030. “That situation requires a technology that is able to withstand that kind of load [and] forces.”

The Ormi implant is made with Sparta’s proprietary Galene material, a hydrogel that is stronger and more durable than natural cartilage. Because it retains water, Galene can deform and compress to mimic the compressive properties of cartilage and withstand the physiological load that is placed on the knee.

“Think of the configuration like a thumbtack that goes into the condyle and provides that immediate weight bearing solution and then lasts for many years down the road,” Surakanti said. “Patients can really feel like they're able to move in a way that they're used to and do vigorous physical activity for several years down the road.” 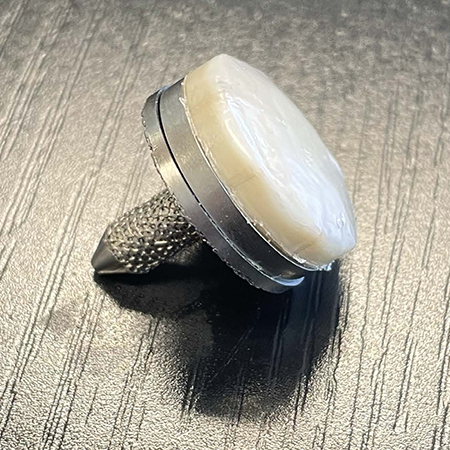 Developed by a team at Duke University, the hydrogel is made of crystallized polyvinyl alcohol reinforced with freeze-dried bacterial cellulose. To securely attach the hydrogel surface to the titanium backing, the cellulose is secured to the titanium with an adhesive and a shape memory alloy clamp before the polyvinyl alcohol crystalizes, the developers explained in a recent research article in Advanced Functional Materials.

From Bench Testing To Clinical Trials

Surakanti said the company expects to complete pre-clinical mechanical and bench testing of Ormi by November and to complete large-animal testing by summer2023, in time to start an clinical trial by the end of 2023.

The company plans to test the device in a broad range of patients ages 18 to 80 with a body mass index as high as 35, including patients with “issues that some other technologies have stayed away from.”

The company plans to seek an investigational device approval from the FDA before trying to earn regulatory approvals in other countries.

“[European Medical Device Regulations] have become very onerous,” Surakanti said. “Our goal is to do what we can on the US side and if we can pull it off, we will certainly explore Europe and other markets. [But] as a technology that is breakthrough-designated, we want to take full advantage of that label to get us into the clinical study and get this to patients as quickly as possible.”

In late 2021, Sparta raised $5m in a seed round led by the Duke Angel Network and Nanosha LLC. Surakanti said the company will raise more money to fund the clinical trial.

The start-up company has been primarily focused on knee implants so far because “the knee has the highest threshold to overcome when it comes to wear and tear,” but the company has also developed prototypes of hydrogel devices for other parts of the knee as implants for the shoulder, elbow, hip, hand and foot.