Getting Personal With De Oro Devices’ Sidney Collin: ‘There’s A Lot Of Learning That Needs To Happen’

“There was this insecurity around inexperience that I had to learn to be comfortable with. But the way that I’ve been able to overcome that challenge is partially through relying on advisors and hiring people who have much more experience than I do in any particular space.” – Sidney Collin

In this new series titled Getting Personal, we talk to new and veteran executives about the trials and tribulations in running a company while exploring their own motivations and passions. In this first edition, we talk to Sidney Collin, co-founder and CEO of De Oro Devices. Collin invented NexStride, a portable device to help overcome freezing of gait in Parkinson’s disease patients, while studying biomedical engineering at the California Polytechnic State University in 2018. 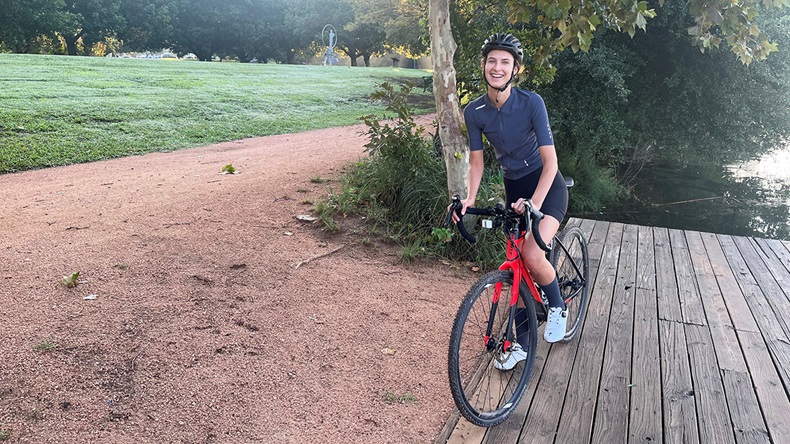 Listen to the podcast below:

Collin invented NexStride after meeting San Luis Obispo resident and veteran, Jack Brill, who approached the university about a device to help him overcome freezing of gait, which is defined as the onset of immobility. Collin said that people with Parkinson’s disease describe it as “feeling like their feet are glued to the floor or stuck in a box of cement.”

NexStride is the only attachable device available on the US market today that uses auditory and visual cues to help Parkinson’s disease patients overcome freezing of gait. The device can be attached to any cane, walker or wheelchair and uses a green laser light projected on the floor and metronome to activate the goal-oriented neural pathways in the brain, bypassing the damaged neural circuit that’s causing the condition.

Since its soft launch in April 2020, NexStride has made its way into 100 physical therapy clinics nationwide. The Department of Veterans Affairs offers the device for free to veterans. Consumers can buy NexStride online for a retail price of $500, which isn’t affordable for everyone, but Collin is working on securing coverage for the device.

Sidney Collin never saw herself as an entrepreneur. When she co-founded De Oro Devices, she had to learn to “be comfortable with the uncomfortable” and “learn how to learn quickly,” including making decisions that if wrong were still better than making none at all.

“I was really young when I started this company – I still am young,” she said.

“I can’t speak for everybody, but for me going into something with not having very much experience, not only in entrepreneurship but in being in business in general – I had never managed anybody, I had never hired anybody, I had never looked at a PnL (profit and loss account) before starting this company, I had no idea what a customer segment was, I had no experience in sales and marketing, and so there was insecurity around inexperience that I had to learn to be comfortable with.”

There was this you know insecurity around an experience that I had to learn to be comfortable with. But I’ve been able to overcome that challenge partially through, you know, relying on advisors and hiring people who have much more experience than I do in any particular space. – Sidney Collin

What she lacked in knowledge and experience, she acquired by hiring people with the right experience and surrounding herself with advisors. Collin also dedicated herself to continuous learning, including bedtime-reading of management books. Currently she is reading “Blink: The Power of Thinking without Thinking” by Malcolm Gladwell.

A Hundred No’s Before You Get A Yes

Collin said the company was lucky to attract “really great angels” early on, that is people who cared about Parkinson’s disease and believed in the technology. 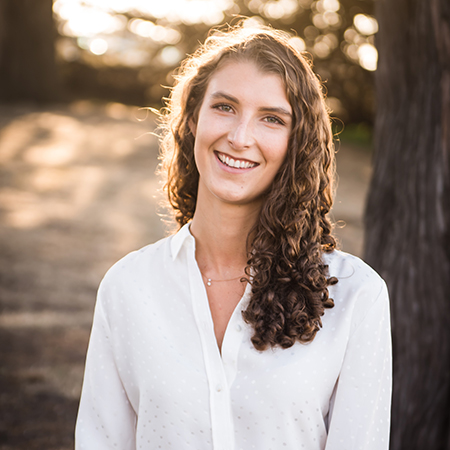 “I think in general fund-raising is hard, and it’s going to be hard all the time,” Collin said. “Everybody says it takes six to nine months to raise a round and you have to be prepared for that and you’re going to get 100 no’s before you get a yes.”

She found that pitching to angel investors requires an entirely different skill set than pitching to venture capital groups. Angels expect start-ups to hit milestones, but VCs want to see a clear pathway to growth and evidence that the team can pull it off.

"That is a very different conversation,” she said.

The company plans to grow its revenue by expanding into other disease states, such as multiple sclerosis, cerebral palsy and stroke rehabilitation. The roadmap also calls for integrating software into what’s currently a purely hardware-driven device, starting with collecting mobility data in 2023.

While every conversation with a VC is going to be different, Collin advises other up-and-coming start-ups to “start the conversation before fund-raising.”

“We went out probably three or four months before we were going to start a round and just had conversations with VCs and said ‘Ok, look, here's where we're at, here's where we want to go … I'd love your advice on our pitch deck,” she said.

“Go through the pitch deck with them, and be able to get feedback on what questions do you have? What's not answered here? What are your concerns?’ That to me is one of the most helpful things that start-ups can do before they fundraise.”

COVID Changed The Definition Of Success

Collin considers watching her friend Jack Brill use her invention for walking – after he had spent years in a wheelchair – as her biggest accomplishment. She considers having the confidence to become a first-time entrepreneur her biggest challenge.

Like most people everywhere, Collin was forced by the pandemic to rethink her work and private life.

Collin lives in Austin, TX. Her firm still has an office in San Luis Obispo where the entire staff meet quarterly, but the day-to-day activities are fully remote and she does not see that changing in the future.

In her personal life, the pandemic has underscored the importance of having “consistent healthy habits and supportive relationships outside of work.” She starts her workday at 5:45 a.m. with exercise, preferably outdoors, and typically eats dinner at 6 p.m., then goes for a walk, then finishes up work on her computer.

Her next personal challenge will be to complete the upcoming 76-mile Cyclefest bike tour in Fort Davis. When she crosses the finish line next week, it’ll be another first and another milestone as she continues her journey to success in life and at work.