The US FDA has finally established a new regulatory category for hearing aids that will allow Americans with mild to moderate hearing loss to purchase the devices directly over the counter without a prescription or prior exam. 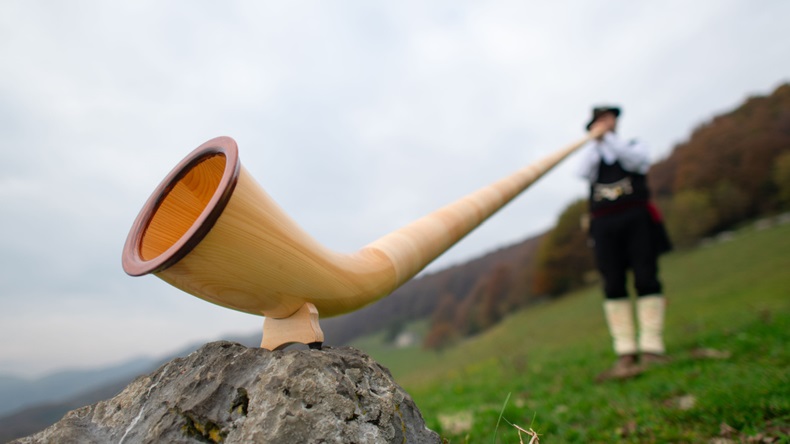 For the nearly 30 million Americans that the National Institutes of Health say could benefit from a hearing aid, help is on the way.

After years in the making, the US Food and Drug Administration has established an over-the-counter category for hearing aids that will enable Americans to purchase the devices at their local drugstores or online as easily as picking up a pair of reading glasses. The policy will be in effect as early as mid-October.

The new category allows adults to purchase the devices without a prescription or consultation with an audiologist.

The new rule goes into effect 60 days from being published in the Federal Register, which is scheduled for 17 August.

Though the new category only applies to basic hearing aids designed for mild to moderate hearing loss and not more complex devices for severe hearing impairment, the OTC category will be broad enough to help to most Americans with trouble hearing.

After reviewing nearly 1,000 comments before issuing its final rule, the FDA made a few changes to the category from its proposed rule issued in October 2021, such as lowering the maximum sound output, revising the insertion depth limit, and requiring that the OTC devices have a user-friendly volume control feature and product labeling.

In recent interview, CEO Blake Cadwell talked about Soundly’s business model and outlook for hearing aid marketplace after FDA's pending publication of rule aiming to make the devices more accessible. Firm since June has offered online testing and advice for customers about hearing aids best suited for their needs.

Proponents of the new category have argued that OTC availability will not only make purchasing the hearing aids less of hassle, but less expensive. And for many, that’s key.

A pair of hearing aids with a professional exam and fitting can run as much as $4,000 to $6,000 – and since they are not covered under Medicare, many who need them most either cannot afford them or choose to go without.

President Joe Biden, whose executive order in July 2021 called for the establishment of the OTC category, issued a statement on the FDA’s final rule saying it will deliver nearly $3,000 in savings to American families on a pair of hearing aids, while boosting competition in the marketplace.

Four of the largest hearing aid manufacturers control 84% of the market, according to the White House.

“These actions reflect the FDA's commitment to safely lowering barriers to entry, providing Americans with greater access at lower prices and will facilitate innovation in hearing aid technology,” Akbari said.

Biden’s executive order jump started the plan to create an OTC hearing aids category, which began in 2016 when the new classification was proposed in a report from the National Academies.

Then, in 2017, Congress passed bipartisan legislation requiring the FDA to establish the category. Then-President Donald Trump signed the legislation, which gave the FDA until 2020 to issue the guidelines for the OTC sales category.

However, the agency failed to meet that timeline and the initiative stalled.

"Hearing loss is a critical public health issue that affects the ability of millions of Americans to effectively communicate in their daily social interactions." – Robert Califf

The FDA says only one-fifth of Americans with hearing loss get help, leaving many with a condition that, though treatable, can greatly cut down on quality of life.

Hearing loss has long been linked to depression and cognitive decline.

"Hearing loss is a critical public health issue that affects the ability of millions of Americans to effectively communicate in their daily social interactions," said FDA Commissioner Robert Califf.

While lawmakers and patient advocacy groups have largely embraced the OTC proposal, industry reactions have been a mixed bag, with some expressing concern about those with hearing loss purchasing hearing aids without the benefit of seeing an audiologist beforehand.

Some were even hostile to the move and have tried to stop it, according to US senators Elizabeth Warren, D-MA, and Chuck Grassley, R-IA.

In July, the lawmakers accused the “dominant” hearing aid manufacturers of submitting fraudulent comments to the FDA to undercut the OTC proposal.

Those comments – nearly half the FDA received on its proposed rule – were written under the guise of ordinary citizens, the senators charged, but in fact were submitted by industry, such as Starkey, the largest player in the hearing aid space.

Though Starkey did not address the senators’ allegations that it submitted fake comments, CEO Brandon Sawalich told Medtech Insight in an email that he agreed the OTC category would further increase access to hearing health but added “we must also follow the science to ensure patient safety and satisfaction.” (Also see "US Lawmakers: Hearing Aid Manufacturers Tried To Undermine OTC Proposal" - Medtech Insight, 5 Jul, 2022.)

The Hearing Industries Association (HIA), which represents hearing aid manufacturers, suppliers, distributors, and hearing health professionals, said it strongly supports the final rule, though it recommends those with hearing loss still consult a professional to “determine the cause and severity of the hearing loss.”

Kate Carr, president of HIA, said hearing loss is unique to each person and most with hearing impairment do not know whether theirs is mild or moderate or perhaps severe, which is often caused by a separate medical issue. However, Carr added, the final rule represents a “significant step forward for the millions of Americans who suffer hearing loss yet are untreated.”

Blake Cadwell, founder and CEO of Soundly, said the final rule will change the hearing health landscape while significantly increasing access to better hearing health. He too said audiologists will remain critical for those looking improve their hearing.

“Now the real work will be educating consumers on their options in a more complex market,” he said.

Have You Heard? Hearing Aids Are Now Available Over The Counter