Organ Transplant Surgery Has Advanced – Organ Storage Should Too

The CEO of Organ Recovery Systems tells Medtech Insight that the latest technology in organ preservation and transport could mean greater access to viable organs and more saved lives. 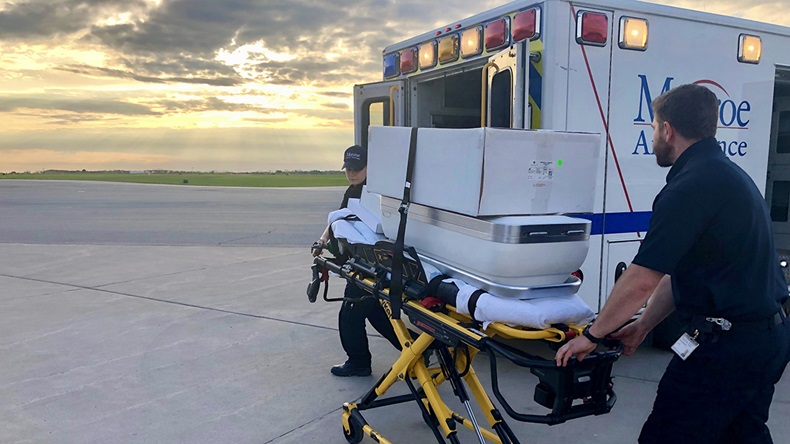 Organ transplant surgery represents one of the most profound advances in modern medicine. Yet many donor organs are still packed using the same technology a fisherman uses for his catch – a box of ice.

As Kravitz explained to Medtech Insight, when a donor kidney becomes available, which is usually due to a traumatic death such as a car accident, the organ undergoes the sudden transition from its natural biological state inside a healthy human body to being plopped in a bag of cold solution then packed in ice – “like a beer cooler.”

This shock results in serious degradation of the organ. “It essentially stops performing,” Kravitz said.

By contrast, the LifePort system uses hypothermic machine perfusion (HMP) – an innovation in which an extremely cold preserving solution is pumped through the donor organ "as if it's still in the body."

When pumped through the kidney, the LifePort’s near-freezing solution introduces nutritional elements and anti-inflammatory agents the organ needs after having gone through the trauma of death.

“And what happens in that environment is the kidney relaxes and returns to a semi-functional state,” Kravitz said.

In what Kravitz referred to as the “agonal phase” of death – in which the kidneys and other organs are fighting to stay alive – they are flooded with chemicals that produce metabolites, essentially waste, that build up. These metabolites further degrade the organ when it’s put into static, cold storage. 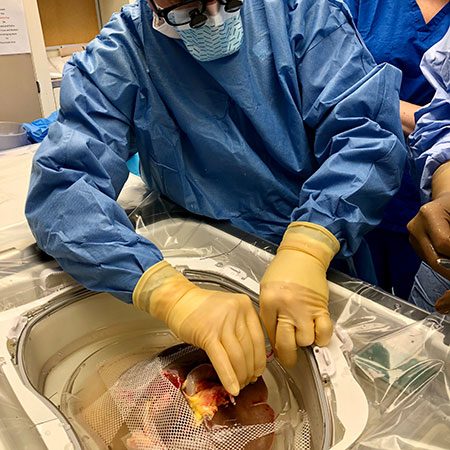 The LifePort Kidney Transporter, however, flushes those metabolites out of the kidney, which Kravitz said is one of the key distinctions between machine preservation and the status quo.

The machine also prolongs the viability of the kidney, thus providing more time and opportunity to get the organ where it needs to go – and who it needs to get to.

The Clock Is Ticking

In organ transplants, each second is vital, and for Kravitz it’s when those seconds start ticking off that machine preservation really shows its worth.

For example, an otherwise healthy donor kidney packed in ice needs to be transported to the awaiting patient at most within 36 hours. In Kravitz’ experience, most surgeons do not feel comfortable implanting a donor kidney beyond 18 to 24 hours.

But the LifePort system extends that window significantly. “We've seen surgeons comfortable at 48 hours to 72 hours,” he said.

This added time becomes even more crucial, Kravitz said, when the donor organ comes from an “expanded criteria” pool, meaning the donor was unhealthy and the organ already less optimal at the time of death and when packed.

“When the organ is from an older, sicker donor, which tends to be a higher percentage of the donor population today, the preservation time of these more fragile organs is substantially extended in the machine versus the box of ice,” Kravitz said.

Adding precious hours to the life of the donor organ can also help address the worldwide organ shortage, which has resulted in accepting organs from less healthy donors.

“Transplant surgical communities blossom in adopting the machine perfusion technology, and with that, more patients are addressed in more communities.” – David Kravitz

Patients implanted with organs that are less healthy face a higher risk of dysfunction after surgery and less chance for long-term graft survival – a post-surgery concern even in the best-case scenarios.

Anywhere from 15% to 40% of those having kidney transplant surgery experience organ rejection, according to NephroSant, whose QSant test received Medicare coverage in October 2021. The QSant uses artificial intelligence to score the chances of organ rejection post-surgery, which could be a game changer for organ recipients. (Also see "Medicare To Cover At-Home Test To Detect Organ Rejection After Kidney Transplant Surgery" - Medtech Insight, 6 Oct, 2021.)

Tapping into the latest technology that increases the number of viable kidneys becomes even more pressing considering how many are in need. Of the roughly 121,000 patients in the US waiting on a lifesaving organ transplant, more than 100,000 need a kidney, according to the National Kidney Foundation (NKF), with the median wait time for a kidney being nearly four years.

And with 3,000 new patients being added to the kidney waiting list each month – or one new patient every 14 minutes – and 13 people dying every day while waiting, Kravitz said the time to put that technology into practice is now.

The LifePort system is catching on and starting to outpace traditional cold storage, according to Kravitz.

Though it received US Food and Drug Administration approval in 2003, it was after results from a clinical study were published in the New England Journal of Medicine in 2009 that ORS was put on the map.

“The data was supportive of the fact that machine perfusion was more effective than static cold storage,” Kravitz said. “Surgeons buy the data, not the devices. They trust the New England Journal of Medicine. Many were then willing to take the chance, and we as a company tried to make it available as quickly as possible.”

Though cold storage is still used, the trend is moving toward machine preservation, according to Kravitz. “In 2021, 54% of kidneys transplanted were preserved by HMP,” he said, noting that the LifePort system has been implemented in more than 91% of organ procurement organizations in the US and in more than 40 other countries.

The technology behind the LifePort system, however, can address other organs, such as livers.

The ORS LifePort Liver Transporter has completed FDA clinical trials and is now in the final quarter of the agency’s review, Kravitz said, and has been granted continued access, which means hospitals that used the liver system in clinical trials can continue to do so.

Kravitz said ORS didn’t initially have the resources to develop machines for all organs, since each organ requires uniquely engineered specifications. That’s why the company focused on the kidney, the most transplanted organ.

Making more organs available also carries the potential to close gaps in health care equity, Kravitz noted. As with many diseases, minorities and lower-income Americans are often disproportionately affected with advanced kidney disease and less likely to receive a transplant or even get on a waiting list.

Changes to the mandatory payment model now used by the US Centers for Medicare & Medicaid Services (CMS) for kidney disease would encourage facilities to provide treatment to lower income patients.

In total, some 37 million US adults have chronic kidney disease and nearly half of those are in kidney failure, meaning without dialysis or a transplant they will die.

But as more surgeons become familiar with the LifePort system and its capabilities to transport a wider pool of organs across further distances, the potential to change the status quo and produce better outcomes in organ transplants increases.

“Across the continuum of all types of donors, transplant surgical communities blossom in adopting the machine perfusion technology,” Kravitz said, “and with that, more patients are addressed in more communities.”