Some of the top hearing aid firms engaged in fraudulent messaging to undercut the sale of hearing aids directly to consumers, according to a bipartisan Senate investigation. 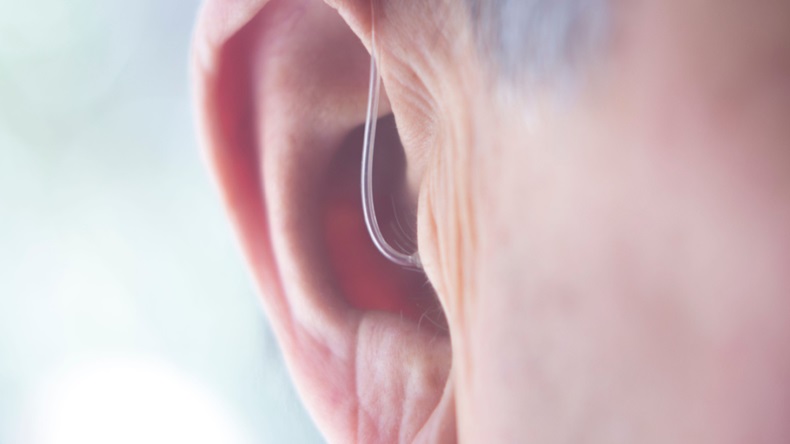 Nearly half of the comments submitted to the US Food and Drug Administration on the agency’s proposed rule to establish an over-the-counter (OTC) hearing aid category were part of scheme by some in the industry to undermine and weaken the proposal, Sens. Elizabeth Warren, D-MA, and Chuck Grassley, R-IA, allege.

The FDA in January received more than a thousand comments to a proposed rule it published in October 2021 that would allow consumers with “mild to moderate” hearing loss to purchase the devices without a prescription at their local pharmacy or online, similar to purchasing reading glasses.

However, nearly half of those comments the FDA received purporting to be independent views were not, but rather part of a concerted effort by some in the hearing aid space to convey a false impression that the proposal is not as popular as it actually is, according to the allegations levied by Warren and Grassley.

Some of the industry’s “dominant manufacturers” used “astroturf” lobbying tactics to weaken the FDA’s proposal, according to a release from Warren’s office.

Astroturfing is a political ploy to create the illusion of a grassroots movement when there isn’t one.

“We urge FDA to finalize a rule that is consistent with congressional intent and ensures OTC hearing aids are safe, effective, accessible and affordable for all Americans.” – Elizabeth Warren & Chuck Grassley

In a 29 June letter to FDA commissioner Robert Califf, the senators say these deceptive comments are intended to undermine the FDA’s proposal and “diminish the effectiveness” of OTC hearing aids.

“We hope that you review our findings, which provide important context on the public comment process,” the Warren and Grassley wrote.

The lawmakers in their letter also convey key findings from their investigation, including 19 alleged “industry-driven form letters” that contain language in more than 400 comments to the agency, or nearly 40% of all public comments that were submitted.

“Although written by individuals, many of these letters used identical or nearly identical language that either raised concerns with or recommended changes to the maximum output level, gain limit and federal preemption requirements, or any combination of the three,” the senators say.

They further allege that Starkey, the largest hearing aid manufacturer in the US, and the Hearing Industries Association, the trade group that represents hearing aid makers, “revealed serious attempts” to weaken the FDA’s proposal through these fake comments.

The investigation also revealed, the senators add in their letter, that Americans believe OTC hearing aids will have significant benefits, specifically making the devices more accessible and affordable.

Sens. Warren and Grassley say federal regulation is needed to ensure consumers in all states benefit from OTC hearing aids. State AGs, on the other hand, have asked the FDA to “define preemption terms in a way that recognizes the important role state and local entities play in protecting consumers.”

The FDA says some 37 million Americans have some form of hearing loss, yet few seek out a hearing device, with cost being the biggest obstacle. A pair of hearing aids can run between $4,000 and $6,000; for many, one device isn’t enough. And they aren’t covered by Medicare.

The FDA’s proposed rule, according to Warren and Grassley, is also supported by key health care groups, many of which submitted comments to the FDA.

For instance, the Academy of Doctors of Audiology (ADA), indicated support for the proposed rule and affirmed that it would allow for safe and effective OTC hearing aids and its “enthusiastic support” for the proposal.

The idea to make hearing aids available directly over the counter goes back to the OTC Hearing Aid Act of 2017, which Warren introduced in March 2017. The legislation called for the FDA to establish the OTC category. However, the initiative stalled until it was revived by President Joe Biden via an executive order issued in July. (Also see "Sweeping Executive Order Puts Hearing Aids Over The Counter; Cracks Down On Internet Providers" - Medtech Insight, 9 Jul, 2021.)

Now, with the comment period to the proposed rule over, the FDA is expected to issue a final rule soon.

“We urge FDA to finalize a rule that is consistent with congressional intent and ensures OTC hearing aids are safe, effective, accessible and affordable for all Americans,” the senators wrote.

In an email to Medtech Insight, Starkey president and CEO Brandon Sawalich said his company agrees that OTC hearing aids could further increase access to hearing health care. He added, however: “As Starkey has said all along, we must also follow the science to ensure patient safety and satisfaction."

Medtech Insight has also reached out to the Hearing Industries Association.

US Proposed Rule For OTC Hearing Aid Access Excites Eargo – Across Industry, Not So Much