The US House of Representatives overwhelmingly passed legislation authorizing the creation of a federal health agency to advance biomedical research. The bill now goes to the Senate. 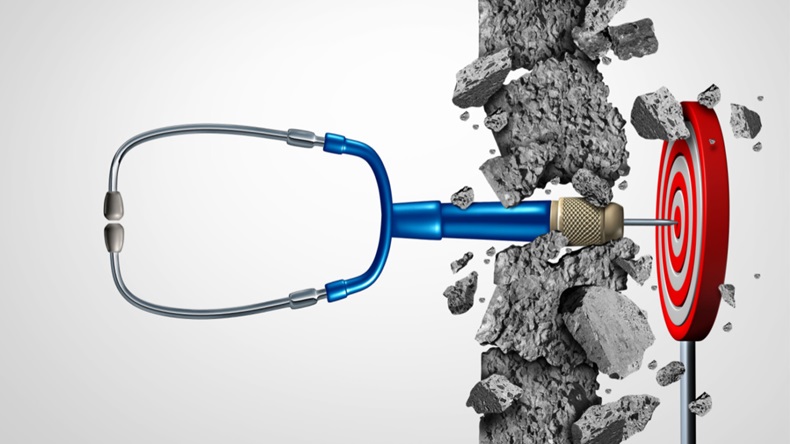 President Joe Biden’s plan to tackle some of the deadliest and most daunting diseases took a major step forward after the US House authorized the creation of the Advanced Research Projects Agency-Health (ARPA-H), an independent body tasked with accelerating biomedical research and innovation.

The Advanced Research Projects Agency-Health Act, introduced by Rep. Anna Eshoo, D-CA, in October 2021, passed the House on 22 June in a 336 to 85 bipartisan vote, sending the bill to the Senate.

Sen. Patty Murray, D-WA, introduced the Senate version of the legislation on 10 March. Murray’s bill, which was co-sponsored by Sen. Richard Burr, R-NC, is currently in the Committee on Health, Education, Labor, and Pensions.

In his first budget request announced in April 2021, which significantly boosted science spending for 2022, Biden asked for $6.5bn for the ARPA-H, which would be modeled after the Pentagon’s Defense Advanced Research Projects Agency (DARPA) and housed at the National Institutes of Health (NIH). (Also see "Biden Budget Proposal Includes $905M For Medical Supply Stockpile" - Medtech Insight, 12 Apr, 2021.)

Created in 1957 after the Soviet Union launched Sputnik, the first artificial satellite, DARPA’s mission was to invest in breakthrough technologies on the national security front. Since then, the agency has been pivotal in such advancements as the internet and global positioning systems, or GPS.

ARPA-H’s mission, according to a White House FAQ, will be similar: “To benefit the health of all Americans by catalyzing health breakthroughs that cannot readily be accomplished through traditional research or commercial activity.”

The NIH says that recent advances in biomedical research such as immunotherapies and the COVID-19 vaccines, demonstrate the enormous potential science holds to treat cancer, infectious diseases, and Alzheimer’s.

For example, the White House says ARPA-H could potentially develop messenger RNA (mRNA) vaccines – like the COVID-19 vaccines – to prevent most cancers. The technology behind mRNA vaccines teaches the immune system to recognize any of 50 common genetic mutations that drive cancers, “so that the body will wipe out cancer cells when they first arise.”

The agency will also address health care access and equity through platforms aimed at reducing disparities in maternal morbidity and mortality by identifying those at highest risk for pregnancy complications and providing “ethically-integrated, regular virtual house calls by nurses and midwives” from early in pregnancy through at least six months postpartum.

ARPA-H will also seek to promote better health outcomes through improving how and when medication is taken for such conditions as hypertension and diabetes. The agency will achieve this by engaging community health workers aided by privacy-preserving smart devices and telehealth.

In 2016, then Vice-President Biden, whose son Beau died of brain cancer in 2015, was charged with launching the Cancer Moonshot, which engaged the government in finding a cure for cancer. While running for president, Biden proposed the idea of a new agency modeled after DARPA and has often spoke of “ending cancer as we know it.”

Biden’s ARPA-H initiative is part of the Cancer Moonshot effort, which Biden reignited as president in February.

Eshoo, along with Rep. Frank Pallone, D-NJ, said in a statement that the new agency has the potential to “revolutionize medicine by transforming how we detect, treat, and cure” disease.

“The pivotal investments we’re making today will become the biomedical breakthroughs of tomorrow,” Eshoo and Pallone said. “The establishment of ARPA-H signals a promising future with new cures and treatments as well as cutting-edge tests to detect illnesses sooner.”