Exec Chat: Biosense Webster Is Ready For Next Chapters Of The Electrophysiology Story (Part II)

In Part II of Medtech Insight’s extensive interview, Michael Bodner, the worldwide president of Johnson & Johnson/Biosense Webster, talked about the company’s vision for electrophysiology beyond the first generation of pulsed field ablation and the company’s commitment to improving diversity and inclusion. 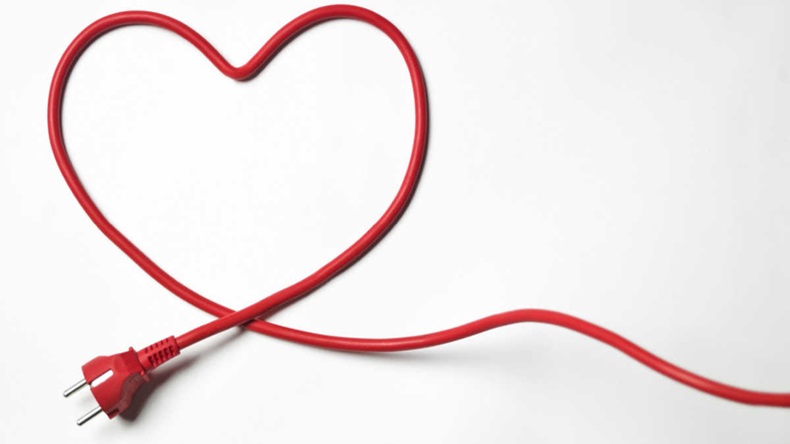 Medtech Insight talked to Michael Bodner, the worldwide president of Johnson & Johnson/Biosense Webster, about his company’s plans to compete in the cardiac ablation market as pulsed field ablation gradually supplants older technologies in the electrophysiology lab.

In the second part of the interview, Bodner looked forward to the near future of electrophysiology as well as the company’s commitment to improving diversity and inclusion. (See Part 1 of the interview with Michael Bodner here.)

What are some of the other technologies Biosense Webster is working on in this space?
Bodner: I see this as a very large, robust novel. There are RF chapters still to come, and then the pulsed field chapters will come.

Biosense Webster has a number of exciting innovations in our pipeline that aim to make catheter ablation procedures more effective and efficient. Our innovation strategy focuses on four pillars: locate where to ablate, deliver better lesions, simplify the procedure, and reduce radiation exposure.

In addition to the QDot Micro catheter which I already mentioned, later this year in Europe we are launching Heliostar, an RF balloon This will be a single-shot system that is fully integrated into our mapping system. Our goal with this new catheter is to enable doctors to map quickly, isolate veins, and enable safe, effective and efficient procedures with low fluoroscopy.

Biosense Webster is getting ready to launch Octaray, which has eight splines and 48 electrodes. This reduces mapping time significantly because we've doubled the point density. We are also developing Optrell, also with 48 electrodes but in a fixed array. This catheter will help doctors map more complex arrhythmias.

Another innovation we have in development is the Nuvision ICE (intracardiac echocardiography) ultrasound catheter. What's unique about this catheter is that we are integrating ICE into the mapping system, so you can see the 3D map, and you can also see the integrated echo image. And in PFA, our goal is to develop a suite of catheters beyond Varipulse to meet a variety of needs.

As we make new advances in diagnostics and ablation, our goal is to help make procedures safer, more effective and more efficient, and arm EPs with tools to deliver better outcomes for patients.
Looking out further on the horizon, what are some technologies you foresee will disrupt electrophysiology in the mid to long term?
Bodner: While PFA is helping to advance the field, and there may be some novel technologies in early development, we at Biosense Webster are not only investing in R&D to advance product innovation, but also to advance the understanding of Afib, which is important for patient outcomes.

For example, we had the ATTEST trial which showed that if we ablated a patient, versus giving them antiarrhythmic drugs alone, we were able to slow the progression of the disease. Previously, many thought of AFib as a condition - like a fever; you either have Afib or you don't. But now we know that Afib is a progressive disease that can get worse over time. Untreated Afib can lead to structural heart disease, which can then lead to heart failure. In addition, the longer you're in AFib, the more stroke risk you have.  The ATTEST study demonstrated, for the first time, that if we treated AFib, we were able to stop the progression of disease.

Earlier this year at the HRS conference, data presented by Emily Zeitler showed that if we treat a patient with ablation versus antiarrhythmics, we can reduce the risk of dementia by 40%. That was widely believed, but this was the first time this has been demonstrated, so I think that's a big deal.

Another interesting area of investigation is the treatment pathway for Afib patients. A lot of times patients with Afib become frequent visitors to the emergency department and they don't get referred to an electrophysiologist.

At HRS this year, Dhanunjaya R. Lakkireddy presented an abstract on the value of a robust ER-to-EP pathway: with an established ER-to-EP pathway, a patient is seeing an EP within a day of going to the ER, versus in the control group, where it was 128 days. Time to ablation was 53 days for those in the ER-to-EP pathway and 181 days for those who were not. The time to getting antiarrhythmics was two and a half days versus 25 days, the time to anticoagulation was 1.7 days versus 17 days. And the length of hospital stay was two and a half days versus six days. This becomes meaningful when you think about what we need to do to reduce stroke risk and other potential comorbidities.
And finally, we’re hearing so much more about diversity, equity and inclusion issues than ever before, especially with respect to inclusion in clinical trials and expanding access to new therapies. What is Biosense Webster is doing in this area that you’d like to highlight?
Bodner: We have been on a DE&I journey, like many companies. Internally, we are committed to recruiting and developing a diverse workforce, and building an inclusive culture. Externally, we are partnering to fuel a more diverse EP community, and taking steps to ensure more equitable access to Afib treatment for everyone who needs it.

For example, we established three advisory boards: Women in EP, Blacks in EP, and Hispanics in EP. These are built around three pillars: enhancing awareness and access to treatment, increasing diverse representation in EP and expanding diversity in clinical research.

We also are working with the Association of Black Cardiologists to fund medical school scholarships for diverse talent. Another example is our partnership with HRS to support the GLOWE program, aimed at providing growth and leadership opportunities for women in EP. We are working on similar programs for other underrepresented groups in electrophysiology.

And within the clinical trials space, there are also many disparities to understand and tackle. For example, we know that women and minorities are underrepresented in clinical studies. We're being mindful of how studies are being run, how we're collecting data, and making sure that patients from different communities are able to enroll in and benefit from our trials.
(See Part 1 of the interview with Michael Bodner here.)