Dutch-based Vitestro will soon enter pivotal clinical trials with its blood-sampling device, which it hopes to market in 2024, pending regulatory approval. 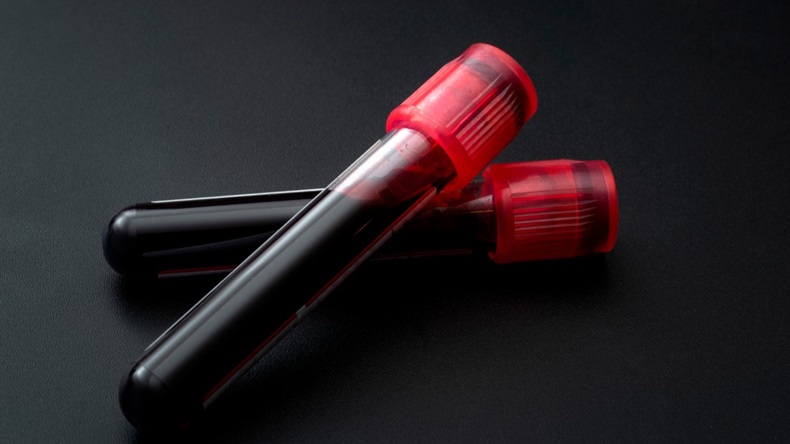 After four years in stealth mode, Dutch medical robotics company Vitestro unveiled what it hopes will become the first fully autonomous blood-sampling robot to make its way into European hospitals and outpatient clinics by 2024.

Toon Overbeeke, Vitestro’s co-founder and CEO, told Medtech Insight that the blood-sampling robot, which combines artificial intelligence and ultrasound-guided 3D reconstruction with robotic needle insertion, will be evaluated in pivotal clinical trials in 2023. 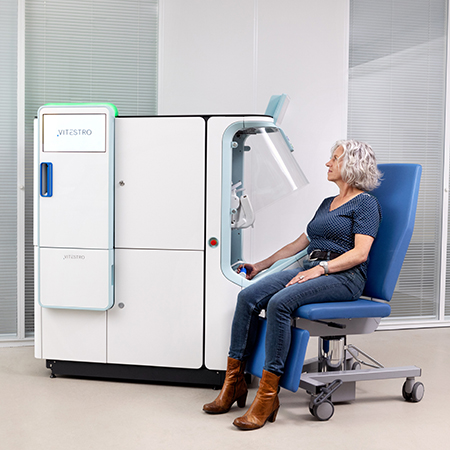 What makes this robot different is that the procedure is autonomous, from applying a tourniquet to inserting the needle and placing a bandage to disposing the used needle, according to Overbeeke.

Overbeeke explained that when a patient walks into the clinic for a blood draw, they are given a cartridge, which contains the blood tubes to be inserted into the device. After confirming one’s identity on the screen, the patient sits down at the machine, places the forearm into the machine, and presses the start button. This prompts the device to apply the tourniquet to the patient’s arm.

The device combines AI-based infrared and ultrasound to detect and track the vein and 3D reconstruction to determine the optimal insertion for the needle.

Vitestro’s vision is that eventually a nurse, phlebotomist or other health care professional will supervise four devices simultaneously, each at least equivalent to the productivity of a phlebotomist.

Venipuncture, inserting a needle into the vein to get a blood sample or perform intravenous therapy, is the world’s most common clinical procedure with more than 1.4 billion procedures annually in the US alone.

Problems assessing veins can increase procedure time by up to an hour, requiring more staff and costs, according to published reports.

Thus far, a prototype device has performed about 1,500 automated blood draws in 1,000 participants in clinical studies at the OLVG Lab BV in Amsterdam, Result Laboratorium in Dordrecht, and at St. Antonius Hospital in Utrecht with “encouraging” results.

Overbeeke considers it a good sign that most study participants were willing to use the device. He believes that the device, which does not have a name yet, will offer the benefits of standardization of blood sampling and eventually more accuracy with continued innovation and experience in using the AI-enabled device. It also has the potential to address the high blood-test error rates caused by manual variability.

With 85% of European health care employers facing staffing shortages, the blood-sampling robot would benefit hospitals and outpatient centers by eliminating long wait times and freeing up health care workers to treat other patients, he added.

When asked about the biggest challenges in developing the device, Overbeeke pointed to accuracy of positioning the needle and interaction between the system, the skin and the needle.

“You really need submillimeter precision in order to make sure that the needle is really in the middle of the vein,” he explained. “The force that you are applying on the arm of the patient is very important to succeed … we have algorithms to determine the shape of the vein. You can imagine that someone with a high BMI for example has a totally different skin than someone who is very muscular. Based on the algorithms, we can determine how much force we need to apply to the skin.”

A team at Rutgers University is developing a handheld blood-drawing device that researchers hope may eventually be carried around a lab coat pocket to perform blood tests at a patient’s bedside.

Provided Vitestro’s device receives the CE mark, it will initially be marketed in outpatient phlebotomy departments, Overbeeke said, adding that it will be “competitively” priced.

So far, Overbeeke said the launch of the system at the annual meeting of the Netherlands Society for Clinical Chemistry and Laboratory Medicine in Rotterdam was “very successful with positive responses.”

“Obviously many questions about the technology (how it works), the willingness of patients to use the device and the next steps in development,” he said. He added heads of phlebotomy departments told him that the need for additional capacity is very clear.

Jerian Cathey, a phlebotomist at Sharp Rees-Stealy San Diego, however, is skeptical about people’s comfort level and willingness to use a blood-drawing machine.