The Small Business Innovation Research (SBIR) and Small Business Technology Transfer (STTR) programs will shut down on 30 September if Congress doesn’t act to renew them – but some US senators say the programs are wasteful and may funnel research overseas. 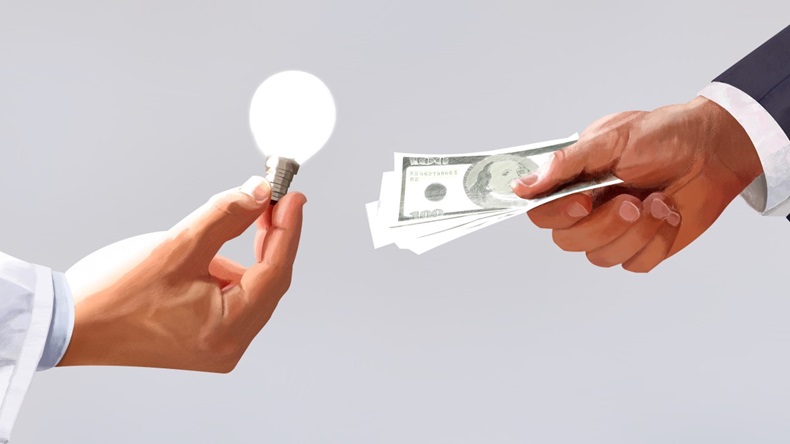 Government grant programs that help fund R&D activities at medtech start-ups are at risk of vanishing this year, trade group AdvaMed said in an 18 May grassroots training conference call.

The group is nudging its members to lobby Congress to renew the Small Business Innovation Research (SBIR) and Small Business Technology Transfer (STTR) programs before they expire on 30 September. The programs, established decades ago during the Reagan administration, award at least $3.7bn in competitive grants each year to small businesses that meet federal research and development needs while also developing technology with commercial potential. Past recipients of SBIR and STTR grants include medtech companies such as 23andMe, Inc., Illumina, Inc. andIntuitive Surgical, Inc..

During the training session, AdvaMed Accel VP Patrick Brennan said the advocacy group initially expected SBIR and STTR to be reauthorized until 2027 as part of the America Competes Act. The legislative package has bipartisan support and includes measures intended to shore up America’s competitive advantage, improve US manufacturing and address supply chain issues, among other measures.

However, that piece of legislation is stuck in a conference committee to iron out differences between the House and Senate versions – and SBIR and STTR authorization aren’t currently part of the Senate bill. Brennan estimates that as of right now, there’s about a 50/50 chance the grant programs won’t be renewed.

That’s due to recent criticism from opponents who say the SBIR and STTR programs are insufficiently vetted and prone to fraud and abuse. The Wall Street Journal reported earlier this month on Defense Department research that found at least eight instances in which the Chinese government was involved with SBIR program participants. For example, some recipients later dissolved their American companies and brought their research to institutions that support the Chinese military, while others took venture capital money from firms owned by the Chinese government or collaborated with Chinese defense contractors.

Senators including Joni Ernst, R-IA, have said they will oppose reauthorization unless reforms are put in place to ensure the Russian and Chinese governments don’t benefit from SBIR/STTR-funded innovation.  And with one of those opponents, Sen. Rand Paul, R-KY, now serving as ranking member on the Senate Committee on Small Business and Entrepreneurship, the path to reauthorization is looking like an uphill climb.

In addition to concerns about overseas poaching, Paul has also said the programs are often wasteful and repeatedly fund the same few companies. Some research backs his concerns: A 2020 study by the State Science & Technology Institute (SSTI) cited by the senator found that companies viewed as potential “SBIR mills,” meaning they got at least 30 grants over a 10-year period, vacuumed up 21% of all awards made between 2009 and 2019.

“There is a real need and a role for this government funding program, despite what the senator from Kentucky says.” – Patrick Brennan

“Unsurprisingly, when taxpayers are compelled to support research proposals without any expectation of a return on investment, the results often have been bad science and wasted dollars,” Paul said at a September 2021 hearing of the Senate Committee on Small Business and Entrepreneurship. “The Small Business Innovation Research and Small Business Technology Transfer programs are no different.”

But AdvaMed, as well as allies like the National Small Business Association and state life sciences associations, strongly dispute this characterization.

“I don't think anything could be further from the truth,” Brennan said during AdvaMed’s 18 May call. “We see just what a critical role [SBIR and STTR] play in killing some real market gaps in a number of industries, and allowing companies and academic researchers to go out on limbs and really do some high-risk, high-reward R&D. There is a real need and a role for this government funding program, despite what the senator from Kentucky says.”