Medtech Insight talked with Moshe Shoham about the innovative technologies behind surgical robotics companies Microbot Medical, XACT Robotics, Tamar Robotics and ForSight Robotics, which were all spun out of his laboratory in Israel.

In the field of medical robotics, Moshe Shoham needs no introduction. An acclaimed authority of medical robotics, Shoham is one of the few Israelis to be elected to the US National Academy of Engineering and as founder and leader of the medical robotics laboratory at the Technion-Israel Institute of Technology has a long history of spin-out companies, including spine surgery company Mazor Robotics Ltd., which was acquired by Medtronic in 2018 in a $1.6bn deal.  (Also see "NASS 2020: Neurosurgeons Discuss New Technologies For Spine Surgery – Robotics, Navigation, 3D Printing, AR" - Medtech Insight, 9 Oct, 2020.)

In an interview with Medtech Insight, Shoham noted that medical robotics has come a long way since he started his work 20 years ago on what would become the first commercially available guidance system for spine surgery, the Renaissance Guidance System developed by Mazor Robotics.

“Mazor Robotics took a lot of time to pass all the hurdles from an idea to becoming a commercial product being used on a daily basis,” Shoham told Medtech Insight. He followed up by recalling a talk he gave in London three years ago that was entitled “If you’re looking for fast success globally, you probably shouldn’t go into medical robotics.” 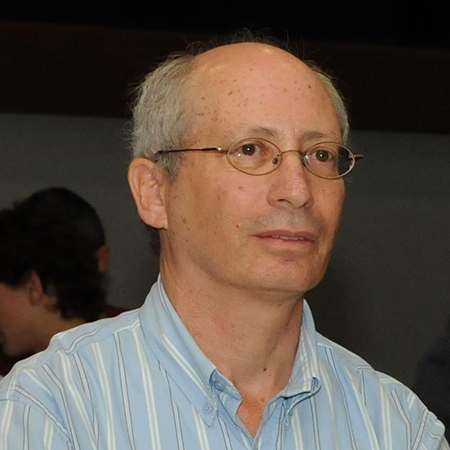 Shoham noted that in today’s world medical robots are now routinely being used in many operating rooms globally as well as in clinical settings to support health care workers and to enhance patient care. And he foresees that with the advancements in machine learning and other technologies, as well as big data – just like we’ll see autonomous cars on the road – we will have autonomous robots operating on patients with the surgeons’ monitoring the surgery rather than performing it.

For this article, Shoham discussed the diverse robotic technologies behind companies coming out of his lab including Microbot Medical Inc., XACT Robotics, Tamar Robotics, Diagnostic Robotics and his newest start-up, ForSight Robotics, which is developing a robotic system for eye surgery, and Shoham said he will volunteer to be the first human to undergo surgery using the robotic system.

Medtech Insight: Let’s talk about what excites you the most about some of the companies that came out of your laboratory starting with Microbot Medical.
Moshe Shoham: What we are developing today at Microbot beside the hydrocephalous self-cleaning shunt, is the Liberty (a fully disposable endovascular robot) that is not going inside the body, but is manipulating the catheter from the outside of the body. It is unique in that it is small and disposable. You don’t have the problem of sterilization, draping the robot, and all this stuff, which makes the surgical flow and set-up time slower. And another big advantage is you don’t have big capital equipment expenses.  (Also see "Microbot Medical Hopes To Bring First Disposable Endovascular Robot To US Market" - Medtech Insight, 6 May, 2022.)
XACT Robotic System’s ACE tablet-sized robot used by interventional radiologists for percutaneous procedures was also developed in your laboratory. What makes this system unique?
Shoham: It is unique in the sense that it can direct a flexible needle to a precise location inside the body for biopsies and drug delivery. The robot manipulates the needle as it is going inside the body and the tip of the needle is not going along a straight line, but rather into a curved line. You can correct the trajectory and get to the right location. Again, this technology is not used by any other company to the best of my knowledge.

You know the company Intuitive Surgical? What we developed here [at XACT] is “non-intuitive” robotics, because the motions that the robot is doing are totally non-intuitive for the surgeon. For example, if the hand that holds the needle is moving right, the tip may go right, or it may go left. It depends on how deep it is inside the body, the tissue, and the factors of the tissue themselves. The robot can do that, but I believe it would be very difficult for a surgeon to do that. The ACE robotic system is one of a very few autonomous medical robots systems, because the robot is doing the needle insertion and the surgeon doesn’t touch the needle while it’s inserted.
Let’s move on to Tamar Robotics, which is developing an endoscopic surgical robotic system. What makes this system different?
Shoham: We wanted to take a large tumor out of the brain through a very small hole in a minimally invasive way. The technology is based on the PhD thesis of Dr. Hadas Ziso. It uses a small diameter system where you can navigate the tip with three degrees of freedom inside the brain. It has sensors in the tip, so you can see and distinguish between healthy cells and tumor cells. An integrated ultrasound system provides constant scanning, which helps guide the needle in real time. This is important because the brain constantly moves during surgery.

I have a vision, which may be futuristic, but inside the brain there are no pain nerve receptors, so you don’t feel pain. What I see in the future is we make a very small hole in the human scull. The person is awake – he or she can watch TV or whatever – while the robot is working inside the brain. After the surgery, you just put a Band-aid on and the person is going home without the tumor in his/her head.
How long do you think are we away from doing this type of surgery on the brain?
Shoham: We are doing animal trials now, but I can’t give a specific time regarding FDA submissions.
Let’s talk about your newest start-up, ForSight, which develops a surgical platform for eye surgery. What can you tell us about this latest robotic system?
Shoham: We have a very strong advisory board with Fred Moll, who is the co-founder of Intuitive Surgical, Inc. (da Vinci) and Auris Health (Monarch Platform), and Rony Abovitz, who co-founded MAKO Surgical Corp. (Mako part of Stryker Corporation) and Magic Leap. This robot was built specifically for eye surgery. There's a lot of knowledge and a lot of technique behind it, not only about the robot itself, but also the software. This robot that we have built is 10 times more accurate compared to using the human hand, where you have tremor.
How far are you in development of this robotic system?
Shoham: It is also in animal trials. The company was established two years ago and is developing very fast. We have raised seed money of $10 million and right now we are in the second round of financing. The market for this type of robotic system is unlimited. There are so many people who are blind or semi- blind, because they don't have access to eye surgeons. I will suggest to ForSight Robotics that I will be the first one to go through human testing in eye surgery, probably cataract surgery. I have full confidence in the system and am sure the surgery will be successful.
How many robotic systems are in the eye space?
Shoham: There are none that are FDA-cleared.
Where do you see the future of medical robotics?
Shoham: It took a lot of time since robots were accepted in the operating room. The medical field is very conservative, and we have to change the bottom line to insert the robot into the operating room. At this stage, we have partially overcome obstacles. We are going to treat patients from the inside in the future. And I think we are going to have to make robots more autonomous. For example, for ForSight Robotics, we can’t have one special surgeon for each robot. We need to give the robot autonomy and the surgeon can then monitor several robots in parallel. I believe this is not an isolated view that we have to make the medical robots more autonomous. I know it’s going to be difficult, because it’s going to be less accepted by regulation authorities, but as time goes by, I believe they will become more confident in the robots.  (Also see "Expert Panel On Surgical Robotics Expects Autonomous Systems To Democratize Surgery" - Medtech Insight, 21 Aug, 2020.)
Can you explain how you envision one surgeon monitoring several robots in parallel?
Shoham: I foresee several beds where we will have a nurse and maybe physician assistants just standing next to the patient. But if there is some problem, the surgeon can intervene and maybe even switch to manual, if needed. This is the way that I believe we can solve the problem for things like cataract surgery. Millions of people need cataract surgery, and there are not enough surgeons to do this surgery.
Where do see the role of data?
Shoham: The data of surgeries is crossing into all disciplines of medicine and definitely everybody is going to use it. Who owns the data remains an ethical question and I know that is a big fight and there are hospitals that charge money for data and the HMOs charge money for data. But it goes without saying that we have to protect data and there are all kind of cyber techniques to protect the privacy of the patient. The big question is who owns the data and I think personally that the patient owns the data.
Can surgical robots equal the playing field in terms of technical skills of surgeons?
Shoham: There are some things that a robot can do better than a human and we are going to give them the jobs to do where they excel. The design of the surgery and the decisions are made by surgeons and that will remain for years. Maybe at some point when we have enough machine learning and data, maybe then the decisions will be made by robots. We have to distinguish what the robot is doing best and what the person is doing best … I can compare it to autonomous cars. ‘Do you think that someone who drives an autonomous car should be an excellent driver?’ I don’t know. At some point the number of accidents by autonomous cars will be less than what is done by humans.
Do you foresee that robotic systems will continue to be developed by innovative companies and institutions like yours and be acquired by medtech companies as we have seen many times in the past including with your company Mazor Robotics, which was acquired by Medtronic?
Shoham: I believe that the big companies right now integrate robotics companies at a later stage. They don’t take the risk. They let other people take the risk, and once they see it’s a successful company, they just buy it. Whether it's good or not is not for me to say, but this is what we see.