Against The Odds: Notified Bodies Pinpoint The Real Obstacles And Ways To Move Past Them 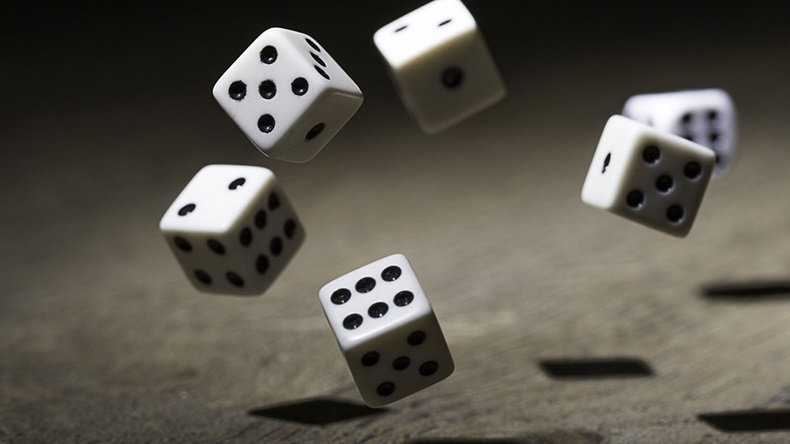 Notified bodies are constantly under the spotlight as manufacturers struggle to comply in time with the new Medical Device and IVD Regulations. They are very much the linchpins when it comes to implementation. These pivotal structures are bearing the brunt of managing the missing aspects of the new medtech regulatory system as the pressures increase and having to adapt to extra work that new structures and documents create

Representatives from three EU notified bodies explained how MDR and IVDR will not work as intended unless notified bodies have the capacity and the tools needed to fulfill their roles. They detailed what they need from the European Commission and other regulators to help them better perform their crucial roles.

Such is the demand for their services that each notified body must weigh up very carefully whether it can accept each request for MDR/IVDR conformity assessment work.

BSI is prioritizing manufacturers who hold existing BSI certificates against the Medical Devices Directive (MDD) or the Active Implantable Medical Devices Directive (AIMDD), Graeme Tunbridge, now senior vice president global regulatory and quality, medical devices at BSI, explained Medtech Insight. In some instances, he said, BSI must take “the difficult decision” not to take on new manufacturers until it is confident it has sufficient resources.

He predicted that the situation will become trickier as demand grows over the next two years, especially for the review of legacy devices that currently remain on the market certified against the medical device directives.

Tunbridge, former devices head of the UK’s Medicines and Healthcare products Regulatory Agency (MHRA), and instrumental during his time there in shaping the new EU regulations, added that BSI is engaging with its clients to ensure that MDR applications come in as early as possible; this is because “timely submission of documentation is a critical aspect of ensuring as smooth a transition as possible.”

TÜV SÜD is also slowly reaching its capacity limits, Andreas Stange, VP for the medical and health services group at German notified body, told Medtech Insight. For the time being, if his notified body is unable to accept applications immediately it will try to agree a submission schedule with manufacturers, depending on the availability of experts and the region, he explained.

So much for the situation at present. But given that the rate of replacement of MDD certificates with MDR certificates is still far too low, the German notified body foresees a serious shortage of assessment capacity starting next year. This applies to all product categories, Stange emphasized. Like BSI, the German notified body is urging all manufacturers to plan their submissions well in advance “so it can complete the transition in time and avoid any unforeseen surprises,” he said.

Speaking on behalf of Italy’s IMQ, meanwhile, Daniele Bollati, medical devices lead auditor and laboratory expert, said that, as a medium-sized player, his notified body still has capacity but is taking longer to carry out activities.

“We are aware that we can’t guarantee our [existing] MDD customers that they will be all certified under the MDR in time; it is currently not feasible in terms of man-hours required,” he said. IMQ is trying to increase, or reallocate, resources to manage the workflow.

With such a high level of demand, all three notified bodies continue to scout for new talent despite heavy investment over at least half a decade.

TÜV SÜD now has some 800 experts in the medtech sector, having grown at a rate of some 20% each year over the last four to five years. BSI has also increased its technical and clinical resources almost fivefold in a similar period.

Unfortunately, this does not translate to a fivefold increase in capacity, Tunbridge explained, because of the substantial additional requirements of the new legislation and other constraints, such as the impact of the COVID-19 pandemic.

Nevertheless, such growth has allowed BSI to take on more manufacturers.

All three notified bodies are looking to take on further new staff and are mindful of the need for positive recruitment policies, but Stange and Tunbridge both referred to the limited talent pool that everyone involved in the regulatory system is looking to draw on. And there is also, of course, a significant lead in time involved in training staff to be competent to undertake conformity assessment work.

Bollati cited personnel challenges as one of the most pressing issues impacting notified bodies at present. In his view, a revision of the guidance document NBOG 2017-2 concerning the qualification criteria, and especially for the clinical part, would be helpful. Bollati also believes that it could make sense to shorten the on-site audit duration (especially for legacy devices) for the first certification activities, to free up more notified body time.

Stange echoed Bollati’s concern over the shortage of auditor expertise: a curtailed program of two years of professional experience in each product category should generally be sufficient to qualify, he argued.

But he was at pains to add that even this would not be sufficient to handle the workload of notified bodies in 2023/24, although it would certainly help IMQ to use its existing capacities more efficiently - as would hybrid audits and a more consistent interpretation of Medical Device Coordination Group (MDCG) documents, he said.

All three notified bodies are particularly concerned at the ongoing slow rate of notified body designations under the IVDR, arguing this means an extra workload for those notified bodies already designated and a threat to some companies’ abilities to make a timely transition from the Directive to the Regulation.

The experts expressed relief that the timelines for many legacy products have been extended under the IVDR.

But Tunbridge pointed out that there is “a particularly steep learning curve” ahead “as those manufacturers start to get grips with the depth of technical, clinical and performance evidence that will be required to satisfy notified body assessments.”

But he was optimistic that the new IVDR deadlines will enable BSI to take on new IVD manufacturers after the IVDR date of application in late May.

But Tunbridge warned again that there is “no quick fix”.

Tunbridge added that the outlook for conformity assessment timelines under the IVDR is more of an unknown than the MDR because so many manufacturers will be engaging with notified bodies for the first time.

Stange expressed “particular concern” about the slow adoption of key guidance documents, implementing rules and common specifications in the IVD space. The appointment of EU reference laboratories also remains a long time coming, he said, with Tunbridge noting that the delays will impact the availability of the highest-risk IVDs.

“All this contributes to an increased IVDR workload for notified bodies and further reduces the limited assessment capacity,” Stange warned.

Figures from MedTech Europe indicates that for about 70% of all devices on the market, i.e., class C and B devices, the transition will fall in this period, he added. Moreover, when it comes to class D high-risk devices, Stange said, “we anticipate that the EU reference laboratories will not cover the full range” of these devices so we will need to implement our own approach to batch verification for some device types.”

These are difficult challenges, he concluded.

One tool that could help speed up auditing under the new regulations is remote audits; these would free up travel time for notified bodies and complicated scheduling.

But given that the future legal status of virtual and hybrid audits (a mixture of in-person auditing and remote audits) remains uncertain, BSI is moving back to in-person audits wherever possible (although on a case-by-case basis as restrictions remain in some countries).

For many aspects of auditing, there is “no substitute for getting boots on the ground and visiting a manufacturer in-person,” Tunbridge acknowledged. But he emphasized that BSI’s experience shows that it is possible to combine in-person auditing with simultaneous remote auditing for certain processes. This is particularly the case for practices that are non-physical in nature and mainly documentation based, such as quality management system records, he said.

“Not only is this a more efficient use of resources, but it also allows us to draw on a wider range of expertise to support the audit. It also supports one of the tenets of new legislation in increasing transparency as it means that a regulatory authority can easily witness an audit undertaken anywhere in the world,” he said.

Indeed, with notified body resources stretched and more experience gathered in remote auditing during the pandemic, Tunbridge said that BSI sees hybrid auditing as offering the “most promise moving forward.”

This was echoed by Bollati who said that that notified bodies are lobbying the commission for a change in rules to allow hybrid audits on a broader scale in the context of the new regulations, not least because of the advantages they bring in terms of the environment and optimization of resources.

While TÜV SÜD has returned to in-person audits too, carried out by its local experts, there are still some challenges in contracting experts from abroad because of the pandemic.

TÜV SÜD tends to rely on hybrid audits, he said, where an on-site team is supported by a remote expert. In our experience, this works very well.

“The current legal requirements make them complicated and only feasible in exceptional cases,” he, too, acknowledged. But above all, Stange would now like to see “a uniform and consistent policy across the EU to allow notified bodies to conduct hybrid audits.”

Travel within China is also very difficult, Stange, who is based in Japan, explained, and scheduling audits is a challenge due to the rapidly changing pandemic situation.

Tunbridge is also concerned about keeping BSI’s teams up to date with the thousands of pages of guidance that have been developed by the European Commission’s MDCG. He said that whilst clarity on expectations of the member states and the commission is welcome, there is a risk of overwhelming those who need to implement the guidance.

As deadlines loom, focusing on the key issues that will support patient access to high quality, safe products become ever more important, he said

For Stange, it is the inconsistent interpretation of MDCG guidance documents by competent authorities that is causing the biggest challenge, leading to time-consuming discussions with manufacturers about their implementation. He would like to see a coordinated approach to realistic implementation timelines for these guidance documents.