Intuition Robotics Is Trying To Build A Market For Robotic Companions, Launches ElliQ In US

Dafna Presler, the VP-marketing at Intuition Robotics, talked to Medtech Insight about what the company has learned so far about its customers since launching ElliQ, a digital “sidekick” to help older people be healthy. 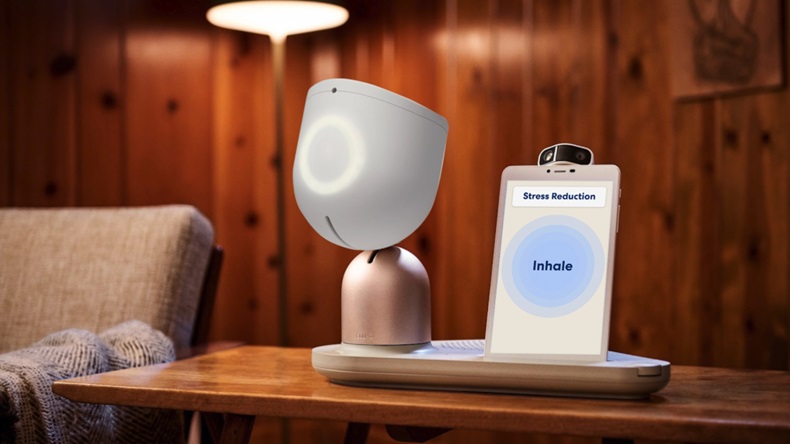 One month in, the US commercial launch of Intuition Robotics’ ElliQ digital care companion – a talking/listening artificial intelligence designed to improve users’ overall health and wellness – has met or exceeded the company’s expectations.

“We thought it would mostly be for [people] 75-years-old and up, but we’re seeing that it's not about their age. We’re seeing [customers] who are 60 or 59 who have some kind of chronic disease and are homebound,” Dafna Presler, the VP-marketing for Intuition Robotics, told Medtech Insight.

Not surprisingly, many of the company’s initial customers are adult children of older adults, often habitual “early adopters” of new gadgets, who subscribe to ElliQ for their parents. “But we’re also seeing older adults, themselves, [subscribe]," Presler said. "They already understand the situation that they’re in and understand that they need be engaged. They want to be engaged and they are purchasing it for themselves.”

The Israeli-US start-up began selling ElliQ through its website and social media in mid-March, but Presler emphasized that the company will need "on-the-ground" sales and marketing to showcase ElliQ and get vital feedback from potential users. The company is focusing its initial sales and marketing efforts in western Florida, while also working with Medicare Advantage plans and several primary care providers to identify potential ElliQ users, she said.

"There is no market for robots for older adults [yet]. It's not like people go online and say 'Ok, I want to buy a robot for my parents," Presler said. "We need to understand them, they need to see it, [so] we need to be there."

ElliQ is a "hardware as service" product, Presler explained. The initial enrolment fee is $249.99 and requires a subscription that costs $39.99 a month or $359.88 for a year. Subscribers also get four free sessions with a professional wellness coach to discuss health strategies and goals.

"We're basically leasing ElliQ out and it's all subscription, so that makes it very accessible," she said. "We've never seen any barriers from older adults talking about price." The company is working to make ElliQ less expensive to produce so it can lower the price for users, she said.

Like every other company trying to sell technology directly to older adults, Intuition Robotics learned that many customers will not adopt a technology that is difficult to set up or use. (Also see "100Plus Lands $25M To Develop Its Frictionless, AI-Driven Remote Monitoring Platform" - Medtech Insight, 15 Mar, 2021.)

“They won’t bother [with it] if it’s not easy,” Presler said.

To start ElliQ, users just plug “her” in and enter their Wi Fi password. And the company has focused a lot of effort to make even those relatively simple steps as easy as possible, according to Presler. Once ElliQ is connected to the Wi Fi, she talks the users through the rest of the start-up process.

Although the company offers technical support to any users who want it, so far, most users have found that ElliQ’s instructions are sufficient. “We thought in the beginning that we would really need to help [users] and we recruited people to help older adults set this up, but it has been really seamless for them,” she said. “We have not seen [many users] need to use tech support. Or they can rely on their adult kids to help them set this up.”

Like Amazon’s Alexa or Apple’s Siri, ElliQ talks to the users and can understand their voice. But she also initiates conversations, projects empathy, references earlier conversations, and builds trust with the user, according to the company. She proactively provides regular check-ins, reminders, health and wellness advice, and encouragement. She also helps the user track health data, send, and receive text messages and video calls, and record memories.

“She is a companion. She's not an assistant,” Presler said. “ElliQ’s goals are to promote your health and to help you be more socially, mentally and physically active.”

Presler also emphasized that ElliQ is proactive. “All the time, ElliQ is assessing: 'Is the right time to engage? How should I engage so [the user] will accept the offer?' That is something no other voice system on the market right now does.”

“She is a companion. She's not an assistant. ElliQ’s goals are to promote your health and to help you be more socially, mentally and physically active.” – Dafna Presler

To understand how real-world users interact with ElliQ, Intuition Robotics beta-tested ElliQ, collecting feedback from over 30,000 days of users' experience with ElliQ. The company also offered a free program in 2020 to support older adults as they sheltered in place during the early days of the pandemic.

“Through acknowledgment, proactive engagement, and referencing previous conversations, ElliQ is more of a presence that accompanies seniors, opposed to just another device in the home,” the company explains in its promotional material.

The company's sales and marketing is focused on the US and other English-speaking markets right now, but it expects to eventually expand into other markets. Presler pointed out that Japan is an especially attractive market because “Japan really embraces robots and has a lot of older adults.”

The company is also working to gradually add more features to ElliQ through partnerships. For example, the company has a partnership with Silver Sneakers, a fitness app designed for older adults, to share its exercise videos and The Mayo Clinic shares health information content through ElliQ.

ElliQ can help users find a ride to the clinic through Uber Health and the company is also working to add features that will allow ElliQ to help users arrange in-home services, as well as food-delivery or grocery-shopping assistance.

Intuition Robotics hopes ElliQ will eventually be able to help users manage a variety of remote monitoring tools and sensors –  including fall sensors –  which can help older people live independently longer than they could otherwise, but are often confusing and difficult to manage.

"We want ElliQ to [be] the home hub for all of these sorts of products in the house and to [provide] one source of data from them, their doctors, and their families,” Presler said.

“[But] right now, we feel that the most urgent thing we need to tackle is to just get this in the hands of consumers, for people to adopt this, and to to [encourage] engagement."

[Editor's note: The previous version of this story misspelled Dafna Presler's last name. We apologize for the error.]

Feds Get In The Game To Fund Digital Tools For Mental Health Monitoring, Treatment