Jeff Shuren, the director of the US agency’s device center, was quizzed by the House health subcommittee on why the new user-fee deal had reached Congress late and why there was an apparent lack of transparency around the negotiation process, among other issues. Shuren said part of the delay was due to the center and industry being “hammered by COVID.” 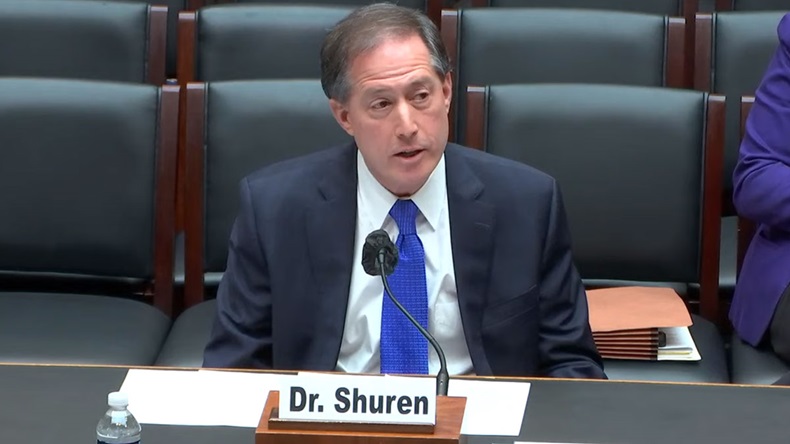 When the head of the US Food and Drug Administration’s device center came to Capitol Hill on 30 March to discuss the renegotiated user-fee agreement between the FDA and industry, the usual questions about agency policies and priorities were laced with frustration about the FDA’s management of the process.

“By statute, as part of the MDUFA reauthorization, FDA is mandated to consult with regulated industry, patient and consumer representatives, and health care professionals, receive public comment, and submit recommendations to Congress no later than January 15th of this year,” House Energy and Commerce Chairman Frank Pallone, D-NJ, said in an opening statement at the health subcommittee hearing. “This deadline is not a mere suggestion, it is law.”

The chairman chastised Center for Devices and Radiological Health (CDRH) head Jeff Shuren for not getting the draft commitment letter to Congress until March 22, more than two months after the statutory deadline, which Pallone said left lawmakers in a time crunch. He further noted that the FDA has not yet collected the required public comments on the proposal.

However, an open public meeting is scheduled for April 19.

Others, such as Rep. Cathy McMorris Rodgers, R-WA, focused on the fact that no minutes from meetings between the FDA and industry have been publicly posted online since June 2021.

“The requirement for FDA to publish meeting minutes is in place so that policy-makers and the public can monitor the status of the user-fee negotiations in near-real time, not months later,” Rodgers said.

“We are seeing the pipeline of innovative new devices in the US continues to become more robust, improving patient access to medical devices overall.” – Jeff Shuren

In response, Shuren apologized, explaining that part of the delay was due to CDRH and industry being “hammered by COVID.”  He also stressed the complexity of the MDUFA negotiations, which he likened to an international treaty.

“Folks were so focused on getting the deal worked out and reaching consensus, so we put priority on getting the deal done” rather than on finalizing the minutes, he said. Medtech Insight has previously reported that the MDUFA meeting minutes have been delayed, in part, by disagreements over carryover funds and staffing levels. (Also see "US FDA Proposes Independent Contractor To Track User Fee Dollars Used To Pay FTEs" - Medtech Insight, 7 Dec, 2021.)

To help avoid a repeat before MDUFA VI, Shuren suggested Congress set deadlines for when industry and the FDA should come to the table, rather than only for when the proposal is due.

Outside of disagreements over MDUFA process transparency, the hearing hewed closely to known CDRH and congressional priorities such as transitioning devices approved under emergency use authorizations (EUAs) to standard clearances, supply chain issues, regulation of lab-developed tests, and increasing diversity in clinical trials – as well as praise for FDA efforts in getting innovative technologies to patients.

“We are seeing the pipeline of innovative new devices in the US continues to become more robust, improving patient access to medical devices overall – with access being an important indicator of success for patients who may not have alternatives,” Shuren said. “It also demonstrates that a strong MDUFA agreement enables patients to have access to more innovative and better performing devices – and therefore more options – than at any other time in our history.”

Shuren also explained the proposed Total Product Lifecycle Advisory Program (TAP), which will allow external stakeholders to give input during the presubmission process. The additional discussions will allow the CDRH to process submissions more efficiently, he said, adding: “If we can resolve the problems before you send us a submission, you’re not talking about saving days; you’re talking about saving months or years.”

Rep. Rodgers also challenged Shuren on the agency’s proposed guidance for EUA transitions, which will give manufacturers of EUA-authorized products 180 days from the end of the COVID-19 public health emergency to come into full compliance with FDA regulations. She asked about the feasibility for manufacturers to update labeling twice in a short time frame, as well as whether the FDA has a plan to process all submissions quickly enough.

For his part, Shuren said the agency was taking feedback from manufacturers into account and wanted to “get this right,” and would try to avoid forcing anyone off the market.

But he urged manufacturers: “Don’t wait for us to tell you that you need a premarket submission. If you want to stay on the market long term, go ahead and submit the data.”

Congress must reauthorize MDUFA alongside other user-fee agreements by the end of September, otherwise the FDA will have to wind down programs and lay off staff funded through user-fees, Shuren said.