Angel Medical Systems accomplished several major milestones in 2021, including FDA approval of the second-generation version of The Guardian implantable cardiac detection monitor and patient-warning system for acute coronary syndrome events. CEO Brad Snow talked to Medtech Insight about the company's plans to commercialize The Guardian in 2022. 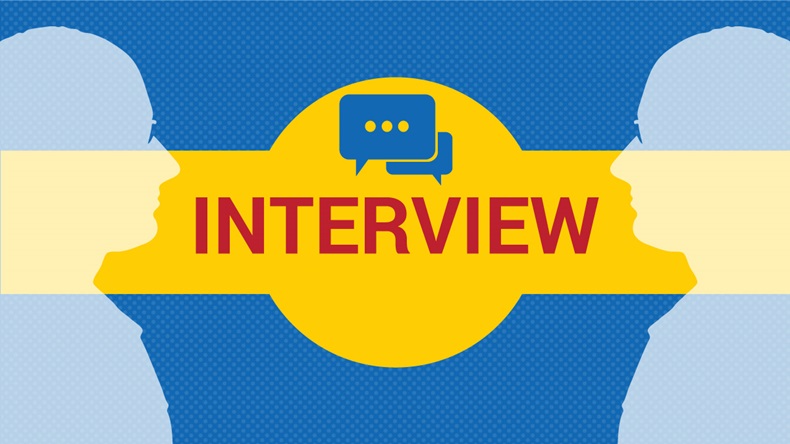 Angel Medical Systems (AngelMed) accomplished several major milestones in 2021 and the company is prepared to leverage those accomplishments to expand the commercialization of its Guardian implantable cardiac monitor in 2022.

In June, the US Food and Drug Administration (FDA) approved AngelMed’s second-generation version of The Guardian implantable cardiac detection monitor and patient-warning system for acute coronary syndrome (ACS) events, including silent heart attacks. In July, AngelMed announced the first US commercial implant of the new version of The Guardian and will accelerate commercialization in 2022.

The first-generation version was approved in 2018 based on results from more than 900 patients in the ALERTS trial, but the company is only commercializing the second-generation device, which is easier to use than the first version and features an updated, long-life battery that could potentially double the life of the implanted device. (Also see "Victory From The Jaws Of Defeat: Angel Med Wrests Approval For Implantable Heart-Attack Monitor " - Medtech Insight, 17 Apr, 2018.)

In July, AngelMed announced the first US commercial implant of the new version of The Guardian and will accelerate commercialization in 2022.

"What we heard time and again is The Guardian provided 'peace of mind.' – Brad Snow

In 2021, the company secured financing to invest commercial infrastructure and currently raising a $35-$40m crossover round for commercial expansion and R&D.

Mike Gillem joined AngelMed as its new chief commercial officer in early November. He is now leading discussions with many major US health systems, hospitals and Veteran Affairs centers interested in making The Guardian System available to their patients, according to the company. 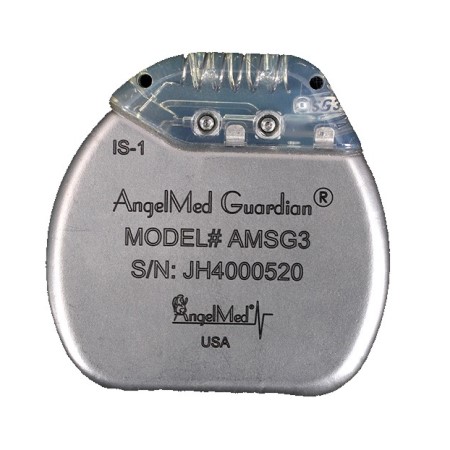 Former Sonablate CEO Brad Snow took over as AngelMed’s CEO on June 1, 2021, after serving as a member of the company’s board for over two years. He has 25 years of experience in start-up and emerging growth medtech, biotech and health IT companies. Snow talked to Medtech Insight about the company’s plans for 2022, including fundraising and developing a commercial organization to foster a "paradigm shift" with technology that could benefit from the world’s first ACS detection and patient warning system.

Medtech Insight: A lot has happened with the company since you took the job about eight months ago. In November 2021, CMS awarded a TPT code for The Guardian. Why is that important to the company?
Brad Snow: We have accomplished a number of key milestones in the latter half of 2021 that position the company for commercial success.

In addition to the FDA approval of the second-generation device, [The TPT code] is breakthrough of patients, providers and payers with the ability to offer The Guardian. We view the awarding of the TPT code as independent validation of the potential clinical benefit The Guardian System brings to its patients. Not many new technologies get a TPT code.
Who are you talking to in these hospitals and health systems, and what do emphasize in those discussions?
Snow: The physicians are the champions to garner [hospital value analysis committee] approvals and bring other cardiologists onboard.  This includes electrophysiologists, interventional Cardiology, diagnostic cardiology as well as the operational staff.

The primary benefits of The Guardian are simple to summarize:

Its real-time detection and alert is more accurate than symptoms for predicting an ACS event. It brings people to the ER who are having an actual ACS event in fractions of the time seen when the patient is depending on symptoms alone.

The Guardian technology is able to detect asymptomatic – silent – ACS events. This has never been possible before.

The payors will embrace The Guardian and its value proposition. Every major medical association supports [the premise that] if one can get to the ER faster, the better the outcomes will be.

It’s important to note. We have not experienced issues of doctors saying no or the hospital not approving it, which is [where] more than 90% of start-up medical device companies have a challenge.

Add in reimbursement – which directly impacts hospital approvals [because] it can yield major roadblocks – our value proposition and assigned TPT code reduce hurdles to get The Guardian to patients who could benefit.

It is also compelling that about 90% of the patients in the ALERTS trial wanted The Guardian reimplanted after being explanted at the end of battery life in the clinical trial.

Patients felt a sense of safety, and self-control – knowing The Guardian could detect another ACS. Imagine a scenario where a patient had a severe ACS event, are high risk for a second but crippled with fear another could occur without warning because there were no symptoms. The Guardian’s real-time detection/alert is very compelling and what we heard time and again is The Guardian provided 'peace of mind.'

"We have not experienced issues of doctors saying no or the hospital not approving it, which is [where] more than 90% of start-up medical device companies have a challenge."  – Brad Snow

Which people are most likely to benefit from using The Guardian? How do you identify them?
Snow: The approved indication [covers] anyone who had a prior ACS event who remains at high risk of having a recurrent ACS event. The people who will benefit most from The Guardian are those that have multi-vessel cardiac disease, have experienced one or more prior ACS events, and have comorbidities such as diabetes, renal insufficiency, a high TIMI score, and may be smokers. These people are at the highest risk for a recurrent life-threatening ACS event.

Also, data that shows that about 45% of all ACS events, including myocardial infarctions, are silent and about 25% have atypical or unrecognizable symptoms. Not everyone has the classic crushing chest pain symptom so often portrayed in the media. The atypical symptom patients are mostly woman, elderly and diabetics.

So if there are no symptoms, and that’s what we rely on, how does one know to get to the ER? The fact the Guardian device detects silent heart attacks is game-changing.
You recently secured some more funding. Do you expect to have to raise money again, go public or, perhaps, seek a merger?
Snow: Our goal is to secure a crossover round of about $35m-$45m which we anticipate to close by end of Q1 with eye to IPO in early 2023. Then it will be ‘off to the races.’

I wouldn’t be surprised if we get people’s attention [for a possible acquisition] in Q3. But that’s not the game plan. The company will not file an S-1 to create strategic interest or urgency.

Our path to an IPO will unlock shareholder value and provide us the appropriate capital to expand commercialization and [pursue] next-gen technology.
Advertisement