‘A Very Broad Search’: Philips Pushes Back On FDA Claim Of 222,000 Uninvestigated Complaints

Royal Philips says a US FDA investigator wildly overcounted the number of complaints related to recalled breathing machines, disputing an inspection report that says the company failed to investigate hundreds of thousands of complaints. News of the agency’s inspection of a Philips facility – and what might come next for the firm – topped our list of most-read articles in November. 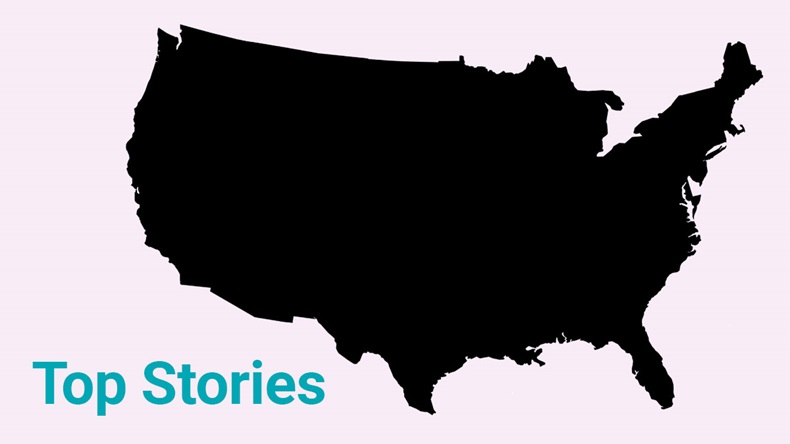 In one of the more damning observations made by FDA investigator Katelyn Staub-Zamperini during the 26 August-9 November inspection of Philips Respironics’ Murrysville, PA, plant, the company apparently opened no formal investigations after it received a tidal wave of complaints of particles and other contaminants when the devices were used. More than 2 million of the sleeping devices were recalled by the manufacturer in June because there’s a risk that people could inhale degraded sound-abatement foam. The FDA gave the recall a high-risk class I label in July.

Our reporting on investigator Staub-Zamperini’s FDA-483 observations was of most interest to Medtech Insight readers in November. The 483 form says a query of complaints from January 2008 to this year for the keywords “contaminants,” “particles,” “foam,” “debris,” “airway,” “particulate,” “airpath” and “black” returned more than 222,000 complaints. The investigator further notes that no investigations or corrective and preventive actions were opened “in response to the at least 175,000 complaints potentially related to degraded foam.”

But in comments to reporters on 24 November, Royal Philips CEO Frans van Houten said the complaints were wildly overcounted by Staub-Zamperini.

“The complaints that were referenced by the FDA are the result of a very broad search. Therefore, the complaints did not necessarily relate specifically to the issue that led to the recall,” van Houten said. “Not all entries in the database actually are a safety issue or a defect. Together with the FDA we have to go through the details and demonstrate what is related to the particulates and what were innocent queries.”

The FDA-483 also charges that management at Philips was “aware of potential foam degradation issues concerning CPAPs, BiPAPs and Trilogy ventilators” since January 2020 – and perhaps even earlier. All of this means Philips could be staring down the barrel of a forthcoming warning letter from the agency, an industry veteran told Medtech Insight on 17 November at the WCG-FDAnews 16th Annual FDA Inspections Summit.

The company’s problems “could lead to a warning letter,” Ballard Graham said. “It could lead to something more stringent as well because if they have a management culture that apparently ignores issues that come up – kind of push them to the back burner – then [FDA] is going to look at other things in [their quality] system to see, ‘What else are you ignoring? What else are you not paying attention to?’”

Graham was a compliance VP at Abbott for 13 years following a 31-year stint at the FDA, where he was an investigator, branch director and district director. Our reporting on his comments was our second most popular offering in November.

It’s important to note that just because a company is issued an FDA-483 doesn’t mean the agency will also send a warning letter – although a case like this that involves a class I recall and a less-than-stellar inspection outcome does up the chances that Philips may eventually find an enforcement missive in its mailbox.

Meanwhile, the FDA in early November published a draft medical software guidance document that would require certain products to show extra documentation based on two distinct categories defined by a product’s risk level, we reported in our No. 3 story from last month.

The draft guidance, “Content of Premarket Submissions for Device Software Functions,” would regulate software as a medical device (SaMD) and software in a medical device (SiMD). Based on four risk-based factors, regulators would categorize a product as either “basic” or “enhanced.” Those that are enhanced would need to provide extra documentation to pass muster with the FDA. When the draft is finalized it will replace the 2005 “Guidance for the Content of Premarket Submissions for Software Contained in Medical Devices,” which is currently used by industry.

In episode four of our podcast series Speaking Of Medtech, Steve Silverman, a former director of the FDA device center’s compliance office, said the draft guidance is a signal from the agency that it’s “all in on digital devices.”

“These devices will play a fundamental role in the diagnosis and treatment of disease and other medical conditions,” said Silverman, who’s now head of The Silverman Group consulting firm. “But this future requires a clearly chalked field. Device makers need to know which regulatory requirements will continue to apply irrespective of technology and where there can be changes to make technology more readily available. FDA has charted paths for software as and software in medical devices; that’s a huge lift and the beneficial impact for digital device technology will be equally huge.”

Listen to Silverman’s full comments on the FDA’s regulation of digital devices in the Speaking Of Medtech podcast below:

A Harmonized Draft QSR In 2021? Don’t Hold Your Breath

In our No. 4 story from last month, the director of the FDA’s device center, Jeff Shuren, signaled that the agency probably won’t issue a draft of its harmonized Quality System Regulation by the end of December.

Shuren said seven months ago that an end-of-year release for the draft rule was the FDA’s goal. But he now says the reg – which aligns the QSR with international quality systems standard ISO 13485 – will be released in the “coming months.” The agency has been working on the draft since 2018.

The rule “is a big priority for us,” Shuren said in mid-October at the AAMI/FDA/BSI Virtual International Conference on Medical Device Standards and Regulation. “You know, it’s our hope that [the draft rule] will see the light of day in the coming months.”

And in episode three of Speaking Of Medtech – our No. 7 offering from November – Steve Silverman said he’d be surprised if the draft rule is out by the end of 2021.

“There are so many factors in play, like FDA’s ongoing pandemic response, the fact that there’s still no FDA commissioner, and device user-fee negotiations are ongoing. With all of these factors in place, I’d be amazed to see a draft rule this year,” he said. “At the same time, there’s no rush here in reality. In the US we have a stable system, the QSR. And the rest of the world can continue with ISO 13485. Yes – maintaining these two models is inefficient, but it’s an inefficiency that’s been in place for decades.”

Listen to Silverman’s full comments on the FDA’s QSR harmonization efforts in the Speaking Of Medtech podcast below:

Assessments And Investigations (And EUAs)

News that the FDA’s new inspections council is whipping up policy around Remote Regulatory Assessments (RRAs) was also of high interest to Medtech Insight readers in November.

Our No. 6 story explains how the FDA established its voluntary-for-industry RRA program in early 2021 as a way for the agency to check on a company’s regulatory compliance without having to send an investigator on-site to a manufacturing facility amidst the pandemic. RRAs involve, among other things, records requests and video interactions between the FDA and firms; the assessments are not considered by the agency to be official surveillance inspections.

The agency said in a 22 November report that its FDA Inspectional Affairs Council (FIAC) will develop RRA policy for all commodities the agency oversees. “One of the top initial priorities identified by FIAC members is to develop an enterprise-wide policy and procedure for the use of Remote Regulatory Assessments,” the report says. “These assessments, which include … requests for voluntary submission of records and remote interactive evaluations, have been used throughout the pandemic to fortify our oversight efforts where inspections were not possible.”

The FIAC, which was stood up in July, is an FDA-wide governance body whose goal is to “evaluate ways to modernize and optimize inspectional approaches and processes,” agency official Elizabeth Miller said on 16 November at the FDA Inspections Summit. The inspections council, sponsored by the FDA commissioner and chaired by the associate commissioner of regulatory affairs, counts all center directors as members.

Miller, who’s the assistant commissioner for medical products and tobacco operations for the FDA’s Office of Regulatory Affairs, also reminded holders of emergency use authorizations (EUAs) for novel products to fight COVID-19 that they shouldn’t be surprised if an investigator knocks on their facility door for a look-see. The ORA is the lead office for all of the agency’s field activities.

“Recognizing the need to create transparent insight into our engagement with industry on [EUAs], within [the ORA] we developed a new Field Management Directive, FMD-153, which outlines the process that investigations of facilities manufacturing potential EUA products could be assessed,” Miller said in our No. 10 story.

The agency rolled out FMD-153, “Investigations of Facilities engaged in the Manufacturing, Packaging, Labeling, and Testing of Medical Products that may be subject to an Emergency Use Authorization,” in January. The directive says it aims to provide “criteria and instructions to [FDA] investigators when conducting an investigation” of a company with an EUA product. Investigations must be requested by one of the agency’s various commodity centers – the ORA doesn’t investigate unless it’s asked.

And speaking of EUAs: Angela Krueger, deputy director for regulatory policy for the FDA’s Office of Product Evaluation and Quality, offered some insight into what companies can expect from the agency when it comes to EUA transition policies in our No. 9 story from November.

These two articles rounded out our Top 10 list in October:

No. 5 story: The FDA issued a warning to clinicians of the heightened risk for adverse events, including death, from potential cardiac perforation during implantation of Medtronic PLC’s Micra Transcatheter Pacing System.

No. 8 story: The FDA on 29 October called out 270 companies from 16 countries that it says may be selling disposable medical gloves that have already been used.

The 10 most popular US regulation and policy stories in November, as determined by reader interest, are listed in the table below.

Don’t Call Them Inspections: EUA Holders Shouldn’t Be Surprised If FDA Shows Up To Investigate

Will FDA Release Its Draft Quality System Reg This Year? All Signs Point To No