Industry experts weigh in on what the US FDA’s enforcement options are following the company’s high-profile recall of millions of breathing devices and unfavorable facility inspection results. 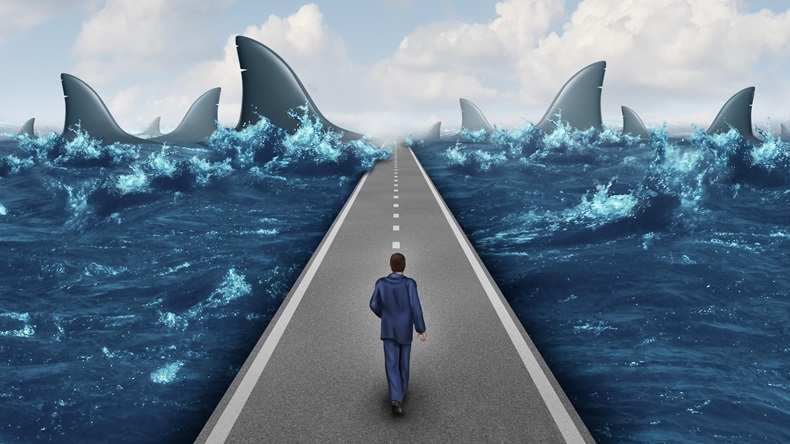 Royal Philips could be staring down the barrel of a forthcoming warning letter from the US Food and Drug Administration after a high-risk recall of breathing devices and unfavorable facility inspection results that, among other things, claim management knew about problems with the products for more than a year before the recall was launched.

So says Ballard Graham, an industry veteran who was a compliance VP at Abbott for 13 years following a 31-year stint at the FDA, where he was an investigator, branch director and district director.

Philips’ problems “could lead to a warning letter,” Graham said. “It could lead to something more stringent as well, because if they have a management culture that apparently ignores issues that come up – kind of push them to the back burner – then [FDA] is going to look at other things in [their quality] system to see, ‘What else are you ignoring? What else are you not paying attention to?’”

The company’s troubles came into public view in June when Philips recalled more than 2 million bi-level positive airway pressure (BiPAP), continuous positive airway pressure (CPAP), and other mechanical ventilator devices because there’s a risk that users of the products could inhale degraded sound abatement foam. The FDA gave the recall a class I designation in July. (Also see "It’s Class I For June Recall Of Philips Breathing And Ventilator Devices" - Medtech Insight, 22 Jul, 2021.)

The agency then conducted an inspection of a Philips Respironics plant in Murrysville, PA, that took place from 26 August to 9 November. At the close of the inspection, investigator Katelyn Staub-Zamperini handed the firm a lengthy FDA-483 report with eight noted observations. (See sidebar story.)

“Firm management, including management with executive responsibility, were aware of potential foam degradation issues concerning CPAPs, BiPAPs and Trilogy ventilators since at least 01/31/2020, or earlier, and implemented no further corrective actions until April 2021,” Staub-Zamperini wrote in the 483.

Another observation said Philips apparently opened no formal investigations after it received hundreds of thousands of complaints of particles and other contaminants when the breathing devices were used.

“No formal investigation, risk analysis or CAPA [corrective and preventive action] were initiated, performed or documented in response to the at least 222,000 complaints that could potentially be related to foam degradation,” Staub-Zamperini wrote.

Such inspectional observations “can rise to a more significant level, and the agency could be more concerned because of situations like this,” Graham warned. “It’s important for companies to pay attention when they get complaints. …If they see [complaints] ratcheting up, they need to take some significant action.”

Companies that turn away from complaints could cause the FDA to “look more deeply into systems, look more deeply at what [firms have] done in the past with issues, or they uncover other things that could lead to more significant or severe penalties, such as an injunction or something of that nature,” Graham said. “And depending on [if it was] intentional, [the agency] could be looking at criminal penalties and things like that. So there’s a number of things they could be looking at.”

“But there could be more significant issues coming from this as a result of the company being aware of these particles and not doing anything about them,” he added.

Graham further said the FDA is likely poring over Philips’ compliance history and looking to see if the company has a history of problems that it hasn’t effectively addressed.

“I don’t know all the history behind Philips but I would encourage whoever the company compliance people are, they need to go back and look at that stuff and see how they responded – if they responded – and how effective those responses were. Because that would also intensify FDA’s plan of action going forward with the company.”

Meanwhile, Hogan Lovells partner Jodi Scott said it’s not too late for Philips to dodge a warning letter. After all, just because a company is issued an FDA-483 doesn’t mean the agency will also send an enforcement missive. (Philips stressed in a 14 November recall FAQ sheet that “an FDA investigator’s list of inspection observations does not constitute a final FDA determination of whether any condition is in violation of the Federal Food, Drug, and Cosmetic Act or any of its implementing regulations.”)

Philips’ “issues are significant. There’s real patient risk there,” Scott said. “But I like to believe that if you do a really good job responding to FDA and you really take the observations seriously, and you really implement serious corrective and preventive actions, that you actually have an opportunity to prevent the warning letter.”

She went on: “There are situations where you’re getting the warning letter because you deserve the warning letter. But I think what’s more important is, once you have the 483 on the table, how well do you respond? Do you give [the FDA] surface-level actions that don’t look hard at what the real root cause is, that don’t seriously consider what you need to do in your systems? [Because] that can be pretty evident in your response. But if you do a really good job and are honest with yourself, I do think there’s an opportunity to get in front” of a warning letter.

But if an enforcement letter does eventually arrive in Philips’ mailbox, that doesn’t necessarily mean the FDA will seek further – more drastic – enforcement and legal actions, such as consent decrees, product seizures, or civil and criminal penalties.

“Now, once you get beyond a warning letter, those [types of actions] are pretty unusual,” Scott said. “The agency gives you a lot of opportunity to fix your problems before they go to all of those beyond consent decree of permanent injunction, including [those that] involve the courts. [Going to court is] a huge amount of work for everybody involved.”

The comments from Scott and Graham came on 17 November in response to questions on the topic from Medtech Insight at the WCG-FDAnews 16th Annual FDA Inspections Summit.