Abbott says it’s preparing for the possible passage of legislation that would, among other things, create a new regulatory framework for diagnostic tests. But the manufacturer is also asking for more specificity around the bill’s quality requirements. 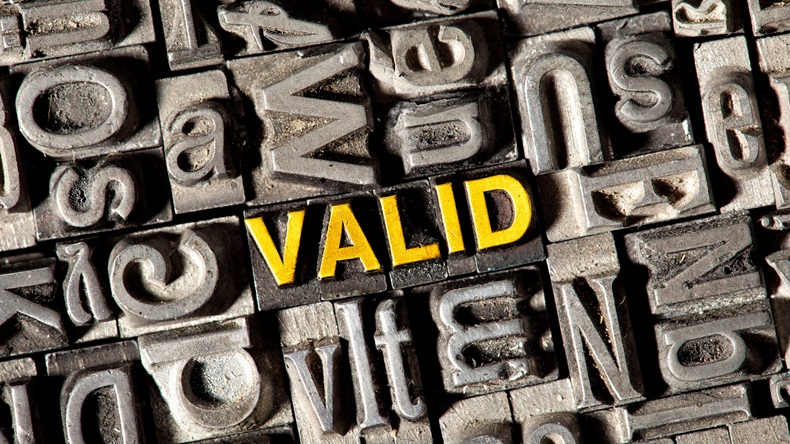 Abbott says it’s preparing for the possible passage of legislation that would, among other things, create a new regulatory framework for diagnostic tests. But the company is also pressing for more specificity around the bill’s quality requirements before it’s passed by the US Congress.

“In terms of preparing, we’re actually starting now, and that’s really being engaged in the process, having an in-depth understanding of the bill that was introduced in June of this year, and understanding how it impacts our company’s products,” said April Veoukas, Abbott’s director of regulatory affairs.

The 245-page act also aims to modernize the review process for diagnostics, as well as clarify the roles played by the Food and Drug Administration and the Centers for Medicare and Medicaid Services (CMS) in the oversight of tests and labs.

“There are a few areas that we’ve identified in the bill that was introduced – maybe more like technical clarifications,” Veoukas said on 27 September at AdvaMed’s The MedTech Conference.

For example, “we think the bill is not clear as it could it be in a few areas such as the application of quality system requirements to traditional IVD manufacturers,” she said, asking: “Is there language that could be added to better transition from the current [FDA Quality System Regulation] and its application under VALID?”

Under the VALID Act, FDA quality requirements would apply only to IVCT design and manufacturing, while lab operations would continue to be regulated by the CMS under the Clinical Laboratory Improvement Amendments of 1988 (CLIA).

The act calls for labs that aren’t certified under CLIA for high-complexity testing to meet a laundry list of QSR requirements, while those that are certified would have to adhere to a narrower set.

Veoukas further bemoaned a “lack of clarity” around how tests used for infectious disease screening would be regulated under the VALID Act.

“Getting that clarity is really important,” she said, noting that it’s vital for stakeholders to be up to speed on what’s inside the bill before it’s potentially signed into law. “For companies that are not engaged, I would really encourage you to get engaged and look at the bill, understand the bill and what it says so you can be more engaged not only now but in the future as things move forward.”

The VALID Act – embraced by AdvaMed, public health groups and other stakeholders when it was introduced in Congress for the third time earlier this year – has lost some of its luster in recent weeks.

To wit: The Pew Charitable Trusts, an early-on cheerleader for the bill, penned an eight-page letter to lawmakers in August chiding the act for jeopardizing patient safety in pursuit of a faster time to market for test developers. (Also see "Once A Cheerleader For Latest VALID Act For Diagnostics, Pew Now Has Some Reservations" - Medtech Insight, 25 Aug, 2021.)

“We are concerned that the legislation would not constitute an improvement on the status quo,” Pew said in its letter. “This version of the bill represents a step backward in achieving the regulatory balance needed to ensure an effective risk-based framework.”

Pew’s strong words were noteworthy given that it’s one of 18 organizations that sent a letter to Congress in late June pressing for the bill’s passage. In that letter, the groups called the VALID Act the “most comprehensive reform effort to date” for diagnostics. (Also see "Patient Advocacy Groups Pressure US Lawmakers To Pass VALID Act For Diagnostics Regulation" - Medtech Insight, 2 Jul, 2021.)

FDA: ‘Where Can Existing Regs Be Leveraged?’

Meanwhile, the FDA says it wants an “orderly” transition to any new regulatory framework prescribed by the VALID Act, should it become law.

“Because we see such an urgent public health need for reform, we would like to see a transition go as quickly and smoothly as possible so we can have appropriate oversight of all tests,” said Elizabeth Hillebrenner, associate director for scientific and regulatory programs in the FDA’s device center.

“We do recognize that there’s certainly a lot of work to be done in that transition period and it’s not going to happen overnight, but we’re committed to doing it in a way that’s orderly and provides transparency,” she said at the AdvaMed meeting.

“I think there’s a greater recognition that now is the time that this is needed.” – Jeff Allen

Hillebrenner attempted to allay stakeholder concerns by pointing out that the agency’s usual process of gaining feedback on regulations and guidance documents would be maintained.

Nevertheless, “one thing we – the collective ‘we’ – need to think about is, what really needs to have new guidance and regs, and where can existing regs be leveraged?” she said.

“There are some things that are generally consistent across all medical products that we might be able to use without new regs,” Hillebrenner said. “Of course, there are pieces of [the act] that are very specific to this novel framework, and that’s where we should be focusing our time and effort during [a] transition period.”

Optimism That Bill Will Pass

Despite the VALID Act being introduced twice before in Congress and going nowhere, there is optimism from some sectors that the bill will ultimately be passed this time.

“I have seen a transition in terms of the willingness of participating in these discussions and the need for actual reform,” Friends of Cancer Research president and CEO Jeff Allen said at the AdvaMed meeting. “I think 10 or so years ago there was a little bit more of a feeling by some stakeholders of if this is needed. I think there’s a greater recognition that now is the time that this is needed.”

And while a new regulatory framework could prove challenging for some labs that aren’t used to working closely with the FDA in a regulatory capacity, Allen said it shouldn’t be much of a concern.

“The CLIA lab is a highly sophisticated environment so I have no doubt that they will be able to figure out the regulation and comply with it as any other stakeholder would,” he said. “So … hopefully this is a matter of time here, that we’re not moving back into the if something should happen, and can be supportive of optimizing and thinking through what the most appropriate framework looks like for everyone.”

Once A Cheerleader For Latest VALID Act For Diagnostics, Pew Now Has Some Reservations