The US Centers for Medicare & Medicaid Services (CMS) issued a proposed rule that includes new reimbursement levels for multiple medical devices, including the Glaukos iStent. 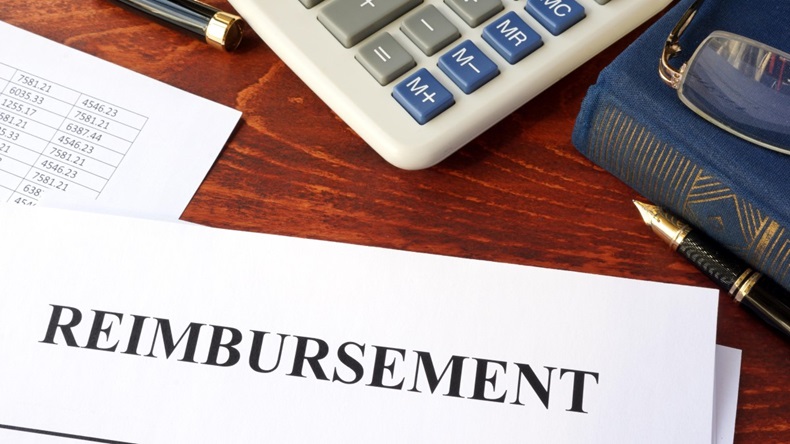 If enacted, the Medicare Physician Fee Schedule proposed rule for 2022 issued 13 July, would combine the codes for cataract surgery and stent placement – currently two separate codes – into one.

Should that happen, the physician fee for the Glaukos Corporation iStent procedure during cataract surgery would decrease from around $910 to roughly $565, according to Wells Fargo equity analyst Larry Biegelsen. That’s a 38% decrease and well below the 10% dip most analysts were expecting.

The $565 physician fee CMS is proposing is slightly higher than the proposed $530 physician fee for a cataract procedure alone. That suggests, in Biegelsen’s view, that the final physician fee could be higher when it's issued later this year.

But even if the agency applies what the Relative Value Scale Update Committee (RUC) is recommending for RVUs, the payment would only increase to $626.27, Biegelsen noted, which is still a 31% cut or a $95 premium to a standalone cataract procedure.

This means that other procedures for treating glaucoma that do not require stent implantation, such as can canaloplasty and goniotomy, will pay more than implantable procedures like iStent. (Also see "Proposed Medicare Code Change Could Affect Reimbursements On Glaucoma Devices" - Medtech Insight, 29 Jun, 2021.)

Bottom line: If the rule is finalized, Glaukos could experience as much as a 25% to 50% decline in sales of its glaucoma treatments in the US, according to Biegelsen’s analysis, resulting in anywhere from a 15% to 30% drop-off in total company revenue.

Glaukos president and CEO Thomas Burns expressed his disappointment with the agency’s proposals and said the company hoped to use the remaining comment period to keep the changes from going through.

“While this is unwelcomed and unexpected news that we believe is unjustified, we are eager to engage with our key ophthalmic societies and are committed to exploring every option during the public comment period in hopes that medical providers across our network are paid appropriately for conducting these types of procedures,” Burns said. “We remain steadfastly dedicated to transform the treatment of chronic eye diseases for the benefit of patients worldwide.”

For the Zio XT 14-day cardiac monitoring system from iRhythm Technologies, Inc. (IRTC), CMS did not propose national rates as John Leppard, a healthcare analyst with Washington Analysis, had expected, but opted instead to keep the status quo. “Though we had provided slightly over 50% odds that CMS would establish national pricing for the Zio XT at $115 to $130, falling well short of the $311 it had been receiving in [2020], this potential outcome was closely followed in our view by the agency once again relegating reimbursement decisions to the local Medicare administrative contractors, as CMS has now proposed for [2022],” Leppard said, adding that though a subsequent upward revision from the current $115 baseline is possible, the rates are unlikely to move substantially for the remainder of the year.

In April, Novitas, the Medicare Administrative Contractor (MAC) with jurisdiction over the ZIO XT device, said it planned to cut payment for continuous long-term electrocardiogram (ECG) monitoring from more than $300, the rate since 2012, to around $100. At that time, iRhythm said it could not afford to continue providing the Zio XT devices and monitoring services for Medicare beneficiaries at that price. (Also see "iRhythm Is ‘Encouraged’ By Recent Reimbursement Discussions With Novitas" - Medtech Insight, 12 May, 2021.)

Though CMS is proposing to maintain contractor pricing for the ZIO XT, Marie Thibault, a medical technology and digital health analyst at BTIG, said the decision is somewhat positive for iRhythm in that CMS is at least seeking comment on establishing a cost for the product. “This proposal keeps the door slightly ajar for the possibility of national pricing at a more favorable reimbursement level, but we continue to view this as an unlikely scenario,” Thibault said.

Nevertheless, CMS seems to have been partly swayed by arguments over the need to maintain access to these services for Medicare beneficiaries, according to Leppard. “Our independent analysis suggests that available invoice amounts from competitor products are unlikely to meaningfully improve upon this $115 baseline,” he said. “But, even if they would, CMS’s decision to formally propose another year of MAC-set pricing likely means that it cannot revert to a national price in the final rule due out this fall, and we think it is unlikely to exert material upward pressure on individual contractors.”

In response to the rule, iRhythm said it intends to provide comments to the agency and will continue to work with MACs to establish pricing.

“We appreciate CMS’ ongoing focus on developing a national rate for continued access to long-term continuous ECG monitoring services for Medicare beneficiaries. We are looking forward to continuing to work with CMS to establish national rates for long-term continuous ECG monitoring,” said Doug Devine, interim CEO. “We are actively reviewing the CMS’ proposed rule and will provide additional commentary on our second quarter conference call in early August.”

The proposed rule could also hurt Teleflex Incorporated, which makes the UroLift system for treating an enlarged prostate. The agency is proposing a 20% reduction in payments for the minimally invasive procedure when it’s performed in a doctor’s office setting, which is bad news for the company because 30% of UroLift sales, according to Biegelsen, come from physician offices.

Leppard said he expects urology-focused bodies such as the American Urological Association and impacted companies, such as Teleflex and Boston Scientific, to submit commentary during the solicitation period.

The proposed schedule also includes an update for the sleep apnea system from Inspire Medical Systems, Inc., which consists of a small device placed under the skin of the neck and chest during an outpatient procedure.

Biegelsen expects the proposed rule to lower the physician payment for the system by 13% – from $1,000 to $870. Despite this, Biegelsen said the company remained optimistic that the payment amount could increase with the final physician payment schedule published later this year.

The 60-day comment period closes 13 September. It’s expected that the agency will announce its final rule in November, with those changes to be implemented at the start of 2022.

iRhythm Is ‘Encouraged’ By Recent Reimbursement Discussions With Novitas

So, You Built A Surgical Robot. How Do You Sell It?