Root and branch review of the agency and funding changes mooted

The UK devices regulator will prioritize innovation, global best practice and enhanced patient safety and the patient voice, MHRA board chairman Stephen Lightfoot said during the ABHI’s spring regulatory conference. New fees for industry are also on the cards.

The UK devices sector is on a pathway to post-Brexit change, and the Medicines and Healthcare products Regulatory Agency (MHRA) is charting and steering the new course. It is a time of great ambition for the UK medtech sector, but is not without a certain concern on the part of industry about how the future will shape up, now the UK is no longer part of the EU. 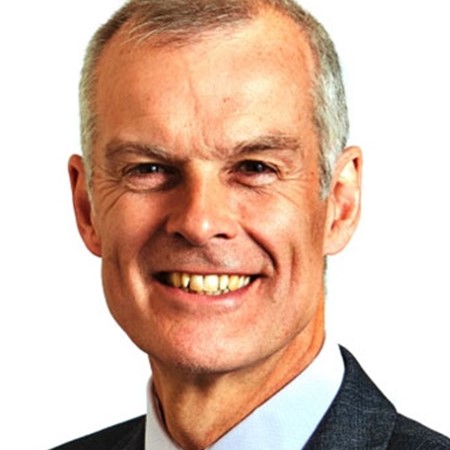 Standing up a brand new regulatory system in the time available until 30 June 2023 has got to be the aim. That was the view expressed by MHRA chairman Stephen Lightfoot in a “fireside chat” with Medtech Insight during the Association of British HealthTech Industries’ spring regulatory conference, called Enabling Regulation. 1 July 2023 is the date when use of the UKCA marking for devices becomes mandatory in Great Britain.

Putting experts in place and adopting new systems, including a recently signed-off multi-million-pound IT system at the MHRA, are components that the agency is focusing on now, in parallel to developing the new UK legislation and regulations. The agency wants to allow as much time as possible to implement the new UK regulations.

Many people were worried about the Brexit cliff edge last year, and about what would happen to the local devices industry after the UK left the EU, Lightfoot observed. At that time, the agency provided as much guidance as possible and avoided any regulatory cliff edges. “That’s the model I would see us using for June-July 2023.”

Lightfoot moved into the MHRA chairman post, held by Sir Michael Rawlins for the prior six years, in September 2020, just as agency documents and guidance on the future UKCA marking were being published. He is a new face for many in the devices sector, having had a 30-year career in the pharma industry. He has been involved in the devices sector while at Schering (with MedRad), and GE Healthcare, where he worked on reducing radiation exposure and optimizing imaging agents.

UK Opportunity To Favor CE Marking, Global Approach – Or Both

Post-Brexit structures for UK devices was one theme of the fireside chat. The others were the UK opportunity in regulation, including which existing systems to align with and why; the new global opportunity for the MHRA; and practical structures the MHRA will need to handle innovation – and patient safety themes. The latter was raised in the Cumberlege report of 2020, “First do no harm.” Lightfoot also referred to a new devices fee structure in the UK during this section.

The Fireside Chat with Stephen Lightfoot delves into the UKCA marking and consultation, beginning at 3 minutes 04 seconds; convergence with other regulatory systems, at 10.51; the MHRA’s global ambitions, at 20.09; and practical and structural considerations for the MHRA, at 24.04.

Among other things, the MHRA chairman talked about the agency’s thinking behind greater or lesser UK alignment with the EU Medical Device and IVD Regulations. Outward facing is one thing, he said, but added, “rather than being beholden to the European system, we need to look more globally.” The US and Asia are directions the UK should also look to, he said. “We might have the opportunity to pick and choose.”

On key standards, the UK wants international alignment on best practices. This means looking both at and beyond Europe. It might be preferable for the UK to be more aligned with the Medical Device Single Audit Program (MDSAP) than with some European practices, Lightfoot suggested. The forthcoming UK public consultation should shine a light on some of these best practices, he added.

Equally, a lighter touch regulatory system might make best sense for the UK. And a one-size-fits-all approach might not be the best solution for the UK, rather it could be that different routes to market would be open for different companies. This would give them a choice of options.

In such a scenario, higher risk technology would require a more stringent approach, and lower risk, a different approach. “The whole area of risk analysis will be the key component of this.”

Furthermore, reliance on work done in other regulatory jurisdictions would be helpful, on a mutual recognition basis, in both the devices and medicines branches in certain selected situations.

The emergence of artificial intelligence (AI) in device regulation is a prime opportunity for the UK to engage in leadership work globally, said the MHRA chairman. It is important for the UK to maintain its global reputation, and remain a world class regulator, he stressed. This will be done by focusing on some of the most difficult areas to regulate, perhaps alone or with like-minded device regulators. “This is where we can come into our own,” said Lightfoot.

A Review Of Funding Needs

Lightfoot said the question of the MHRA’s funding is multi-faceted. “We’ve got to start by helping ourselves, and we have to take a root and branch review of the agency.” This review will broach how to reduce the MHRA’s costs – a task he acknowledged would be uncomfortable and difficult.

The MHRA will bid for funding in the forthcoming government spending review, “but we’ve got to leave on the table the option of fees for industry,” said Lightfoot. Industry cannot fund everything, he said, but neither can the government. And cost savings, on their own, will not be enough to help the agency achieve its regulatory goals. “It will be a combination of all three,” said Lightfoot. He added that in certain areas, “we will invest more.”

Concluding the interview, Lightfoot stressed that regulating for innovation is strategically a tough challenge. “We need to work with developers, by taking the risk into account, to keep patients safer.”

He added that the agency needs to be open to the convergence of technologies and aware of the need to break down product barriers. He envisages a future where the regulator will focus more on health care product lifecycles rather than, as at present, siloed categorizations of product types. For this type of change, “we need teams responsible for innovation, access and patient safety.”

The fruitful partnership relationship the industry and MHRA enjoy will be maintained, he said. “Open and regular dialog is part of the solution, as we saw with Brexit and COVID," said Lightfoot. That will help support innovation access and patient safety. "That is what we are trying to achieve.”

UKCA Marking Debate Moves To Next Level: All Eyes On The MHRA