The EU Medical Device Regulation will have impacts in countries beyond the EU27, a fact that is keeping MedTech Europe’s international team very busy. 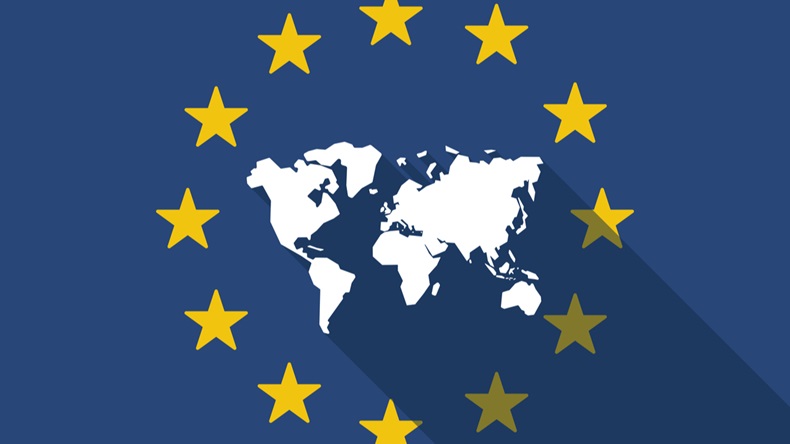 Assessing the impact of the changes that will arise in non-EU markets after 26 May is a subject that preoccupies MedTech Europe (MTE) and its director of general strategies, special projects and international affairs, Jesús Rueda Rodríguez. This theme has been his department’s “bread and butter” for the past three to four years, he said.

There are fundamentally two levels of impact, he explained. The first is labeling, where the MDR introduces new labeling provisions. MDR- and MDD-regulated products will have different labels. Such a change, for many jurisdictions, would require at least a notification or a re-registration of the product.

There are some quite substantial changes necessary, including adding unique device identification (UDI), product safety and content information to the label. “It adds up to a significant label modification for certain products,” Rueda observed. How national authorities address the label change issue is crucial for manufacturers.

Some authorities, such as Singapore’s Health Sciences Authority (HSA), have been proactive in explaining the changes. The HSA is ready to receive a simple notification that an MDD label has been changed, thereby allowing business to continue unimpeded.

Others might opt for the re-registration route, which is potentially problematic as it is a formal process, and re-registration in some jurisdictions is not a trivial undertaking. Aside from the cost, there is the issue of timing – re-registration can often take many months, even up to two years in some markets.

Another aspect is that some jurisdictions use the MDD as a potential route to market – very rarely exclusively  ̶  and accept CE mark certificates and additional documents as part of the conformity assessment and route to market. The question is: Will MDR certificates be accepted? It seems that transitions to this end are happening, although hiccups can be expected along the way, Rueda observed.

Around the world, up to 70-80% of markets in some way rely on or reference the CE marking. It can also provide an advantage in some markets when procurement deals are being negotiated. “The impact is quite broad,” said the MTE director.

Most of the ASEAN economies are thought to accept the CE marking as a route market – not as an exclusive route to market – but factored into the market entry process, in the example of Singapore. As a rough estimate, some 50% of all products that enter the ASEAN markets in some way use or rely on the CE marking.

Use of the CE marking in markets outside the EU27 will be a discussion point at the 23 March IMDS Virtual Networking: Asia conference, at which Medtech Insight is a sponsor and will moderate a panel on EU Regulatory Changes and Impacts on Industry. Speakers on the panel include the TEAM-NB director Françoise Schlemmer, whose association represents EU notified bodies; Association of British HealthTech Industries (ABHI) director of diagnostics regulation Steve Lee; and the Singapore Manufacturing Federation’s Medical Technology Industry Group, represented by James Chan, of Varian Medical Systems. Register at: www.medtechboss.com/imds

Diana Kanecka, MTE senior manager of international affairs, added that some countries will look for country of origin approval, ie proof of a CE marking, for instance. That would trigger an effect in those markets, she added.

Whether countries outside the EU decide to make use of a grace period similar to the MDR transition period that applies until May 2024 for MDD- and IVDD-approved products is a moot point. It is a facility that frankly confused some non-EU markets when the European Commission granted the option to companies accessing the EU market, Rueda acknowledged.

Essentially, the need and wish of non-EU countries is simply to request the CE mark on products that enter local markets – regardless of whether it was issued under the MDD or MDR. The EU grace period, in that case, does naturally transfer, said Rueda, albeit possibly going against local regulators’ instincts.

The first shipments of CE marked products, issued under the MDD, to some non-EU markets are likely to prompt many questions, including from regulators and auditors. Some level of disruption could arise, said Rueda. “I don’t expect too much outright blocking of markets – but there will be some level of confusion,” the MTE director said.

MTE has issued explanatory documents for the MDR and IVDR for application in the international context.

Saudi Arabia and Singapore are examples of countries that have taken explicit measures to allow for the MDR changeover, but many countries have not. Disruption is to be avoided at all costs, said Rueda, who stressed that MTE has been very engaged in ensuring just that outcome during the past three to four years, including in discussions with regulators around the world to ensure practical approaches.

But while most local regulators are fairly pragmatic, some are less flexible than others, so problems cannot be ruled out. The next two to three months are likely to be very busy for the MTE international team. ”We expect to see a real impact of the MDR on international registrations as the application date approaches,” said Kanecka.

One solution might be to use approvals of shipments rather than of products. But if the situation is not handled diligently, it could lead to disruption to care, said Rueda.

The products themselves do not change because the MDR is force, he insisted. What does change is the level of control over them, with more supervision available, he added. That is Rueda’s essential message.

“If it wasn’t for the COVID crisis, this subject would have been our main priority this year,” said Rueda. “Things will get hectic three or four months after the MDR enters into force, when we will start to see where the crunch points are,” he added.