The rule was set to go into effect 15 March, but the government is delaying it for at least two months to discuss the resources needed for the payments – and whether they’re the right policy to start with. 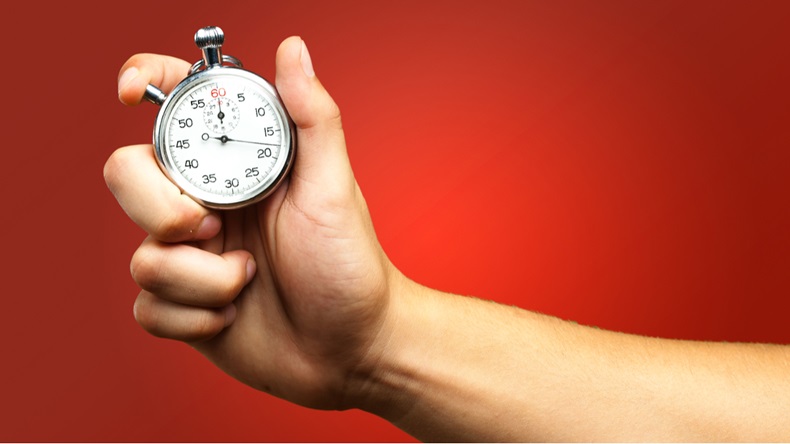 In an 11th-hour notice, the US Centers for Medicare and Medicaid Services (CMS) has decided to delay a highly anticipated rule that would have automatically qualified certain breakthrough medical devices for Medicare reimbursement.

Late on 12 March, the CMS published a notice that it was delaying the Medicare Coverage for Innovative Technologies (MCIT) rule eagerly awaited by medical device manufacturers. The rule was set to go into effect 15 March, but has now been delayed until at least 15 May – creating more uncertainty in the medtech sector.

“Our sense is that this notice and delay from CMS was a surprise to stakeholders,” Larry Biegelsen with Wells Fargo wrote in an analyst note. “We believe the MCIT pathway has bipartisan support, however, at this time we cannot handicap how this delay may affect its final passage and implementation.”

For years, industry lobbyists have complained that products that get the go-ahead from the US Food and Drug Administration end up in the “valley of death” between the time products are allowed on the market and when the CMS says it has enough data on the product to justify reimbursement. The catch-22 is that providers often won’t use new devices on patients if they can’t be reimbursed, but manufacturers can’t get reimbursement without enough data on how patients respond to the products. (Also see "Crossing The 'Valley Of Death': Breakthrough Devices Rule Could Lead To Slew Of New Products" - Medtech Insight, 24 Apr, 2019.)

After years of lobbying lawmakers and the CMS, industry was able to help develop the MCIT rule. It gives breakthrough devices a pathway where the agency would tentatively reimburse such products for four years, allowing manufacturers to collect more data to support continued reimbursement. The product sponsor could either start requesting reimbursement immediately after the FDA gives the green light, or within two years of getting on the market. (Also see "Game-Changer? CMS Proposes Rule To Cover Breakthrough Devices On Provisional Basis" - Medtech Insight, 1 Sep, 2020.)

The MCIT rule seemed like a done deal for industry lobbyists like AdvaMed CEO Scott Whitaker, who found out the rule was being delayed Friday evening along with everyone else.

"You always wonder when there's a change of administration with a pending regulation what type of review it's going to get,” Whitaker told reporters during a 15 March press call.

"I wasn't shocked but I was surprised,” he added. “I think given all that President Biden had said during the campaign about expanding coverage – giving seniors and others more access, not less access – this seems counter to at least what I was hearing from the administration in the health care space."

The CMS said they decided to pause the rule in line with the Biden Administration’s decision to take a closer look at “midnight regulations” pushed out by the Trump Administration days before they left office. (Also see "Mr. Freeze: Biden’s Swift Move To Pause Last-Minute Trump-Era Regs" - Medtech Insight, 1 Feb, 2021.)

The agency said the reason it decided to postpone implementing the final rule was to address a number of concerns raised by itself and by other stakeholders, including developing Current Procedural Terminology (CPT) codes and payment levels for devices that go through the MCIT program.

The CMS also said that based on its latest data, it realized that around 400 devices could get breakthrough designation under the MCIT rule. While not all the devices will get that distinction, it is a much larger number of devices and workload than what it had anticipated.

“We recognize that not all of those devices will be market-authorized, and we cannot know the precise timing of those market authorizations,” the CMS said. “Recent public data suggests a larger number of market-authorized breakthrough devices may be eligible for MCIT. The public may not have had an opportunity to consider this aspect of potential growth.”

Many Breakthrough Products Will 'Likely Never Be Approved'

Whitaker, however, sees the 400 number that CMS points to as a “red herring” as that is the total number of applications under consideration by the FDA, of which the agency has only approved 22 as breakthrough devices. The reality, he said, is that many of the products under review as breakthrough technology will likely never be approved. Even if they are approved, they’re unlikely to receive the maximum Medicare reimbursement rate.

The CMS also said it had received public requests for more detailed proposal of the rule, how the breakthrough devices could affect Medicare recipients, how it could conflict with other regulations, and whether the rulemaking process was sufficient to implement it.

Whitaker said the way CMS worded their notice led him to think the agency was not just raising questions about how the policy could be implemented, but whether it is the right policy to start with.

"We would understand obviously if they need a little more time to implement the policy, but it seemed to me they went a little bit beyond that as well, which raised some questions and left me with the impression that they're contemplating not going forward with it,” Whitaker said. “It struck me that it wasn't just an operational issue. I would love to be wrong, but it seemed like they were questioning other elements of it, which was disappointing."

Whitaker said he is happy to talk to the administration about ways to implement the rule and help CMS lobby Congress to get more funds to do its job.

"We have always said, and we'll continue to say, 'If you need more staff we'll help support that, because it's important you get the policy right and that you get patients access to these products,’” Whitaker said. “If the issue is they need more staff, we're all behind them and I'm willing to help."

Cures 2.0 May Be Used To Push MCIT Rule Through

AdvaMed is already reaching out to its allies in Congress to update them on what has happened and is asking them to support implementing the rule. Whitaker also implied that if the rule isn’t put into effect, the group would consider trying to get it passed through legislation such as the 21st Century Cures Act 2.0 that some lawmakers are already working on.

"[The MCIT rule’s] got bipartisan support on the Hill, always has, but we haven't pushed legislation because we felt it was something that could be done in regulations,” Whitaker said. “If Cures 2.0 comes up it would be a good addition to it."

Now that stakeholders have 30 days to submit comments on the rule to the Federal Register, AdvaMed is also reaching out to its members to draft language in support of the rule. The group says all the rationale supporting the rule have been put forward previously, but they will be using the opportunity to bolster some of the key arguments.

AdvaMed is concerned, however, that the 30-day review period after the comment period ends may not be enough time for CMS to read all the stakeholder feedback, and the agency may yet again push the implementation deadline down the road.

"I remain hopeful and take CMS at their word to some degree that the goal is to try to make sure that [the rule] becomes operational so that they can implement it,” Whitaker said, but cautioned that he hopes the freeze is “not a strategy to delay it and then kill it. I think that would be a mistake.”

"While we are disappointed in the delay of the MCIT program, we remain confident that it will be enacted due to the strong ongoing support of physician and patient groups, as well as the bipartisan support in Congress,” Leahey told Medtech Insight. “MDMA will continue to work with CMS to advance the MCIT program, and to help ensure that patients get timely access to medical technology innovation."

MCIT Rule Likely Too Broken For CMS To Implement In December, Analyst Predicts

CMS Kicks Can Down Road By Pushing MCIT Breakthrough Devices Rule To Dec. 15. Here’s Why

Analyst: OMB Review Of MCIT Breakthrough Rule Hints It May Not Be Implemented Anytime Soon

Crossing The 'Valley Of Death': Breakthrough Devices Rule Could Lead To Slew Of New Products