Medtech Insight spoke to attorney Greg Dadika about mass tort litigation, including industry trends, how to find the right law firm, and when it’s the right time to settle a suit. 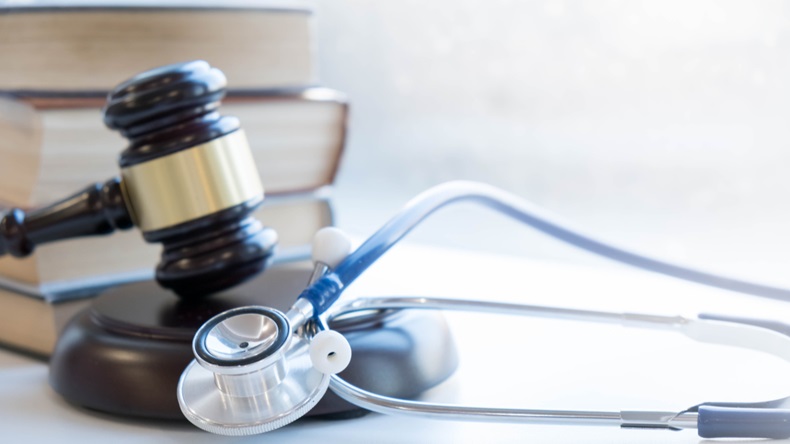 A veteran of device firms includingBecton, Dickinson and Company and C. R. Bard, Greg Dadika has helped to resolve mass tort litigation involving approximately 50,000 claims with billions of dollars at stake. The attorney recently made the jump to law firm Greenberg Traurig LLP, where he is a shareholder focused on pharmaceutical, medical device and health care litigation.

Medtech Insight caught up with him to discuss the ins and outs of mass torts in today’s device landscape, including what factors tend to lead to larger lawsuits and when a firm should start to think about settling. The conversation has been condensed and lightly edited.

You've had a lot of experience in mass tort litigation. What trends are you seeing?
The most bothersome trend that I've seen probably started a few years ago as trial courts started excluding evidence of compliance with FDA 510(k)s. That started to occur in connection with the pelvic mesh national litigation. That ruling was affirmed by a couple of circuits, and then it started to get some traction in some other district courts outside of the pelvic mesh litigation.

Courts are essentially doing a disservice to juries, because by excluding 510(k) or FDA evidence, you're only presenting the jury with half of the story. They’re missing the entire piece of the story that demonstrates compliance with FDA regulatory requirements. That's a hugely important piece of any trial, and it really hamstrings the defense and device companies when courts exclude that information from juries.

Now, thankfully, in probably about the past year or so there have been other courts that have disagreed with the logic of excluding that information and allowed the jury to hear the full picture and understand that manufacturers comply with FDA regulations.

“Plaintiffs love to criticize the 510(k) process … but in fact, FDA does a time-consuming and thorough review of the information that medical device manufacturers present to reach a conclusion that a device is safe and effective.” – Greg Dadika

Of course, there are arguments that 510(k) clearance isn't necessarily an appropriate safety standard for some devices, such as pelvic mesh. How would you respond to that?
It’s a plaintiff's argument, really, that picks up this criticism of the 510(k) regulatory process. But when you look at the FDA regulatory scheme, something along the lines of 98% of the devices that are on the market are reviewed under the 510(k) process. Plaintiffs love to criticize the 510(k) process … but in fact, FDA does a time-consuming and thorough review of the information that medical device manufacturers present to reach a conclusion that a device is safe and effective.

And without the 510(k) process, you would be doing a disservice to the medical community. The FDA obviously has limited resources. The 510(k) process is the appropriate one that strikes the balance between getting innovative products to market and still giving the medical community the assurances of safety and effectiveness.
Are there specific lawsuits that you're following right now?
One of the main ones that I'm following is the hernia mesh litigation. I believe right now it’s the largest medical device mass tort on the federal docket against a whole host of manufacturers; there are multiple coordinated proceedings pending in both state and federal court. What always strikes me about that litigation is that plaintiffs have decided to pursue claims against one of the most widely used medical devices in the world.

The irony is the use of surgical mesh in hernia repair has improved the lives of millions of patients who otherwise would have had debilitating and life-altering medical conditions. And the devices themselves have been used for over 50 years, and routinely regarded by FDA and medical professionals as both safe and effective.

So it's obviously something that we are paying close attention to because of the scope of litigation, but also because of the number of clients whom we represent in that space.
What is something about mass tort cases that most people in the medtech industry don't realize?
I find that most people in our field don't understand how pervasive plaintiffs’ attorney advertising is. And the fact that attorneys spend hundreds of millions of dollars, if not billions of dollars, advertising for plaintiffs … An arm of the US Chamber of Commerce called the Institute for Legal Reform did a really interesting study on plaintiff's attorney advertising in late 2017. And over a 10-year time period, it was one of the only industries that grew exponentially greater in its advertising spend. In 2017, plaintiffs’ firms [were projected to spend] about a billion dollars annually, advertising.

If you look at pelvic mesh, for example, that was an enormous litigation that involved over one hundred thousand claimants, and the plaintiffs' attorneys in that litigation spent well over $100m in television advertising in roughly a three-year period. And when you drill down on that data, there were periods of time that they were spending roughly about $6m  a month just on television advertising. So that excludes internet advertising or print advertising. But in TV ads alone, for pelvic mesh at the height of its litigation, they were spending roughly $6m a [month].

Now, why is that? That's because mass tort litigation is a multi-billion-dollar business for the plaintiffs’ bar. And the main criticism that I have of plaintiffs’ advertising is really the lack of regulation around it. Plaintiffs’ attorneys are allowed to exaggerate or make outright false statements regarding devices and pharmaceutical products, and they face limited if any repercussion for those statements.

Now, several states have started to enact some regulation around it to place limits on the most egregious behavior. But there's obviously still a long way to go on that front.  (Also see "AdvaMed Launches Effort To Fight Misleading Lawsuit Ads" - Medtech Insight, 24 Sep, 2020.)
What tend to be the factors that turn a recall or device safety issue into a mass tort lawsuit?
There's no real sort of set of factors that are going to say this one's definitely going to become a mass tort, or this one isn't. But in my experience, [plaintiffs' attorneys] are looking for a couple of things. They're looking for products that have significant sales … if a product has deeper penetration into the marketplace, that's going to potentially result in more claimants for the plaintiffs’ attorneys to try and recruit.

In addition, plaintiffs' attorneys tend to look for products that are easily identifiable in medical records. Lastly, plaintiffs' lawyers look for the length of time in which a product is intended to be implanted in a patient. So when you have a single-use product, those are less likely to develop into mass torts, whereas a device that's either permanently in place or is placed in the body for some extended period of time … adds to this potential for bigger lawsuits.
Most companies typically don’t want to go to trial in a mass tort suit, so what factors should a company consider when determining when and whether to settle?
I look at this as when do you begin to execute on your exit strategy, because every mass tort has a lifespan. And the average lifespan of most device mass torts is roughly six to eight years from the moment it's first started as a [multi-district litigation] to the moment that it's concluded and wrapped up entirely. But developing an exit strategy for a mass tort needs to start at the very beginning. You need litigation counsel and you need resolution counsel, and they have to work hand-in-hand from the start.

Appropriate timing of a resolution involves myriad different factors, all of which change and develop over time. The important thing that companies need to remember is to be prepared to litigate, and you need to be prepared to litigate the right cases. In my experience, plaintiffs' demands at the start are always astronomical. And those demands only start to get more reasonable once they’ve tried a few cases, and hopefully as the defense attorneys have gotten some favorable rulings. That, ultimately, is when you will start to see them get more reasonable about resolution.

“When you're looking for outside counsel, clients should be looking for a team of attorneys that have a proven track record for handling these mass torts.”– Greg Dadika

Does a company facing a mass tort always need external counsel? And if so, what factors should they look for in deciding who to hire?
I think the answer to this is unequivocally yes. When you're dealing with a mass tort, this could be bet-the-company litigation for some companies. It's going to involve potentially thousands if not tens of thousands of potential claimants, and it's going to be in hundreds of different jurisdictions. You should absolutely have outside counsel. I don't know that there's an in-house team that exists that could handle a sizable mass tort on its own.

When you're looking for outside counsel, clients should be looking for a team of attorneys that have a proven track record for handling these mass torts. You need to look for a firm that not only has someone who's been steeped in these issues for a long period of time, but the firm itself has numerous attorneys and a national presence. And they're able to put a team in place in a host of different jurisdictions.

All of that's important when you're dealing with mass torts because you're going to have cases all over the country, even if the issues are consolidated in an MDL in a single federal jurisdiction. But the discovery process and the plaintiffs themselves are going to be from all over the country. So you need a team that can hold the depositions in different areas.

You also need separate resolution counsel that's knowledgeable about all the issues that are involved in the litigation and who also understand what goals the client is trying to achieve. And you need a negotiation team that knows the plaintiffs and will be able to best negotiate a resolution for your client when the time is right to do so.

You need to separate the two, because I like litigators to be able to litigate. They're going to have to take firm positions with the plaintiffs' attorneys; you don’t then want to have to worry about them needing to sit across the table from those same plaintiffs’ attorneys trying to negotiate a resolution.
Advertisement
Advertisement