The end of the UK’s Brexit transition was the beginning of its new relationship as a “third country” with the EU. 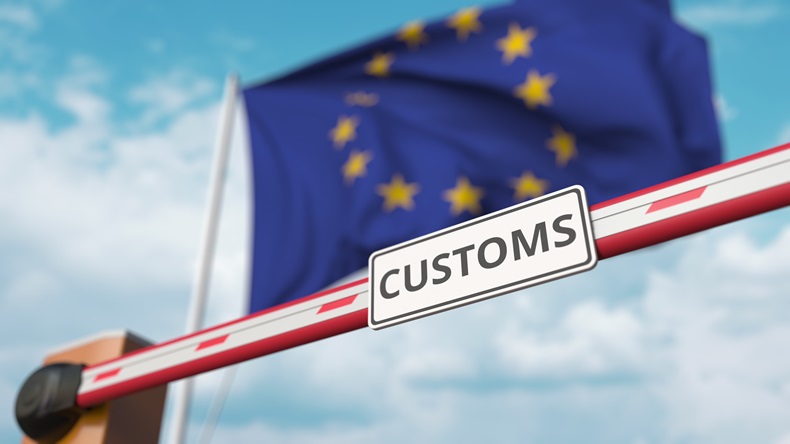 January 2021, the first month of the EU minus the UK in practical terms (the UK left the bloc legally one year ago), passed without notable incident, seen through the lens of Brexit. If there is an underlying sense of calm before the storm, few are articulating that fear. But many take the view that a clear picture of Brexit’s impact on the UK's EU trade is months away. And COVID is blurring the picture.

For the present, UK-EU trade is seeing a mix of teething troubles and slowly emerging systemic problems, as suggested during the Association of British HealthTech Industries’ latest Brexit update meeting, including guest speakers from the Office for Life Sciences (OLS).

Meeting host Richard Phillips, the ABHI’s director of policy and communication, said the new trading arrangements had led to paperwork and barcode scanning issues at UK ports. Logistics problems were putting pressure on freight companies, whose higher than anticipated costs were being readily passed on. This, he said, is the cost of the UK being outside the single market and the customs union.

The borders are not working efficiently yet, OLS head of international trade and medical devices Alex McLaughlin concurred. But while the EU free trade deal – still subject to procedural approval by the European Parliament and Council  ̶  “does not do everything we wanted it to do, it is preferable to the alternative of no deal,” he added. It is a zero tariff, zero quota deal, although medtech is zero or low tariff sector anyway.

In spite of the complexities and challenges for firms at the border, once the system beds in, and logistic firms get more used to the paperwork requirements, cross-border product movement problems will ease, he said. But firms should be ready to pay customs duty and VAT. Customs declarations can be deferred for six months, until 1 July, said McLaughlin, advising firms moving high volumes of product to hire a customs agent.

They should also use the HM Revenue and Customs (HMRC) online systems, and obtain an EORI number to move goods between Great Britain and the EU, he reminded.

While “frictionless trade” has not been achieved, the 1,264-page free trade agreement devotes much attention to the means of avoiding technical barriers to trade (TBT), said OLS trade and regulatory analysis expert Jess Kirby. The UK and EU have committed to transparency in good regulatory practices and to pragmatism in marking and labeling rules. A TBT committee enabling regular dialog between the EU and UK on potential barriers for all traded goods has been set up.

In terms of conformity assessment, the UK was unable to progress a protocol on mutual recognition of device regulations. However, there is a provision for suppliers to declare conformity. This will apply in cases where third-party testing is not required, including, in medtech, to general IVDs and class I medical devices, where manufacturers will be able to continue to self-declare for the UK and EU27 markets.

Further guidance is awaited from the Medicines and Healthcare products Regulatory Agency (MHRA) on the role and duties of medical device importers.

The Medicines and Medical Devices (MMD) bill, which is expected to gain Royal Assent and be entered in the statute book imminently, moves back to the House of Lords on 2 February for consideration of the latest House of Commons amendments. The bill will confer powers on the government to tailor regulation to UK needs and priorities – indicating a busy year on that front for the MHRA, OLS and industry.

The UK meanwhile continues to progress its global trade ambitions.

Formal negotiations are set to start this year. Membership would enable the UK to access the Partnership's digital and data chapters, among other things.