Woodcock To Be Acting US FDA Commissioner, Leaving Agency in Stable, Capable Hands

The agency has been prepping Woodcock for the temporary task but what will happen to her role on Operation Warp Speed remains unclear. The move should give the incoming Biden team cushion to confirm a permanent leader, of whom a top contender is former senior FDA staffer Joshua Sharfstein. 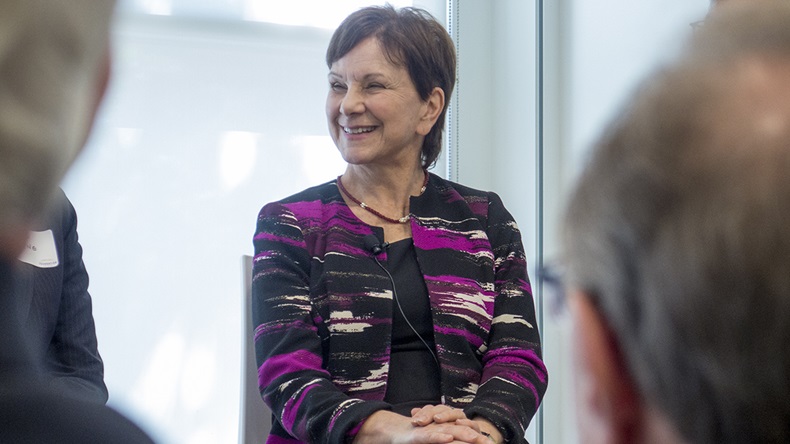 Janet Woodcock will take over as acting commissioner of the US Food and Drug Administration upon Stephen Hahn’s departure on 20 January following the inauguration of President-elect Joe Biden, leaving the agency in the hands of a career veteran who has already been a lead player in the COVID-19 response.

The move was requested by the incoming Biden team, a senior FDA official confirmed to our sister publication Pink Sheet, and the internal paperwork to support the move has been sent by FDA to the Department of Health and Human Services (HHS), where the current administration is not expected to stop the transition.

Indeed, the FDA has been preparing Woodcock to step into the role with her recent appointment as principal medical advisor to the commissioner, the official said. She was given an office directly next to Hahn, briefed on his daily activities and has “started be become a co-pilot.”

The move likely means Woodcock will pivot back to the agency full time, relinquishing her role as coronavirus head of therapeutic development for Operation Warp Speed (OWS). The FDA, the HHS, Operation Warp Speed, and the Biden team did not respond to requests for comments on the acting appointment or the implications for OWS.

To maintain FDA’s independence from Operation Warp Speed, Woodcock was not supposed to be involved in any regulatory decisions at FDA related to Warp Speed’s therapeutic candidates.

Woodcock has been in the commissioner’s office since May 2020. She moved there upon taking her OWS position so that she could focus on the COVID-19 response, while Patrizia Cavazzoni stepped in as acting Center for Drug Evaluation and Research Director.

The news of Woodcock’s appointment puts to rest a mystery created in part because the agency’s succession plans are outdated. The agency’s staff manual guide states that when a commissioner leaves office and the president does not appoint someone, the deputy commissioner for Foods and Veterinary medicine becomes the acting commissioner. But that position no longer exists. (Also see "FDA Faces Succession Questions As Hahn’s Departure Nears" - Medtech Insight, 6 Jan, 2021.)

Woodcock has held a number of senior titles at the FDA besides CDER director. She has served as FDA’s deputy commissioner and chief medical officer and in top posts in the Center for Biologics Evaluation and Research. She joined the agency in 1986 and has for the past few years been rumored to be close to retirement.

Howard Sklamberg, former FDA deputy commissioner for global regulatory operations and now a partner at Arnold & Porter, has called Woodcock a “quintessential switch hitter” given her depth of both technical and operational experience at the agency and her credibility with both political parties on Capitol Hill.

Woodcock’s appointment will give the Biden team a solid cushion as it works to nominate and confirm a permanent commissioner.

On top of the Biden team’s list for that role is rumored to be Joshua Sharfstein, who served as principal deputy commissioner to President Barack Obama’s first FDA chief, commissioner Margaret Hamburg, early in her tenure at FDA. Sharfstein also served as acting commissioner while Hamburg was awaiting Senate confirmation.

Sharfstein, who has been a vocal critic of the Trump administration’s perceived political interference with the FDA during the COVID-19 response, left the agency in 2011 to become secretary of Maryland’s Department of Health and Mental Hygiene and currently works at Johns Hopkins Bloomberg School of Public Health.

If confirmed, Sharfstein would be the sixth former number two at the agency to become the head of FDA.