Two of the world’s largest medical device manufacturers and medtech advocacy groups in the US are among the chorus of voices condemning yesterday’s attack at the Capitol Building. 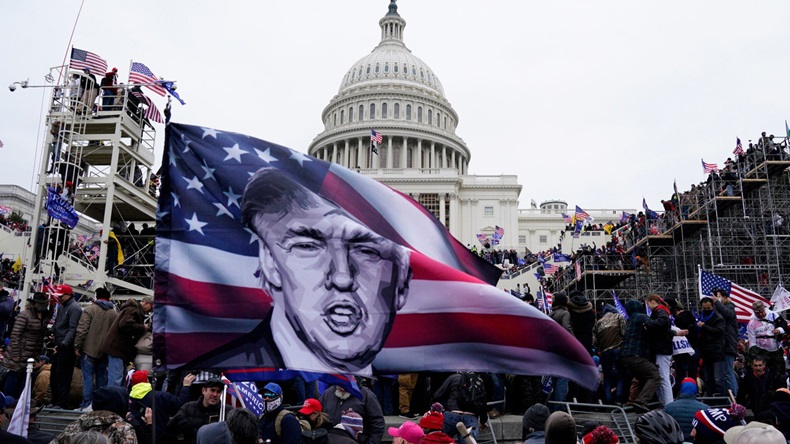 Source: Shutterstock The 6 January attack on the US Capitol Building

Two of the world’s largest medical device manufacturers and medtech advocacy groups in the US are among the chorus of voices denouncing yesterday’s attack on the Capitol Building by followers of outgoing President Donald Trump.

“The peaceful transition of power has been a hallmark of American democracy for more than 200 years. As someone who has benefitted immensely from the freedoms we enjoy in the United States, I am deeply troubled by the images … from our nation’s capital,” Medtronic PLC CEO Geoff Martha wrote on LinkedIn.

“We all deserve better than the chaos we are seeing in Washington, DC – as a society and as a nation,” he added. “I … stand with my fellow CEOs supporting a peaceful transition of power.”

Martha further said he supported a 6 January statement by CEO association Business Roundtable condemning the violence at the Capitol. Business Roundtable offered a second, longer statement on 7 January that urges “the nation and lawmakers” to rally around President-elect Joe Biden and Vice President-elect Kamala Harris, who will assume office at noon EST on 20 January.

Thousands of Trump’s supporters flooded the Capitol Building at roughly 1 pm EST on 6 January, causing members of Congress, who were inside tabulating electoral votes from November’s presidential election, to flee. The mob wasn’t fully routed from the building and its grounds for several hours; four people died in the chaos – three from medical events, and one who was shot by police.

Johnson & Johnson CEO Alex Gorsky on 7 January said he was “devastated” by the “assault” on “fair and peaceful elections.”

“Now is the time to stand shoulder-to-shoulder in unity – not face-to-face in conflict – and to chart our path to a better and healthier future,” his statement reads.

AdvaMed president and CEO Scott Whitaker also chimed in on yesterday’s events in a series of three 6 January tweets.

The “violence at the US Capitol does not represent who we are or who we should be as a nation. We condemn it,” Whitaker wrote, adding that his group is looking forward to “working with President Biden and the new Congress to advance policies that save and improve the lives of the patients we serve.”

Today’s violence at the U.S. Capitol does not represent who we are or who we should be as a nation. We condemn it. In this country, we settle our political differences by passionately but peacefully seeking changes in policy through the process established by our Constitution. 1/

It’s rare for AdvaMed to make political statements, but not unprecedented. In June, Whitaker remarked on the murder of a Black man, George Floyd, at the hands of Minneapolis police. “As a health care organization, we recognize that we do not have the solution to a cultural crisis. …But together we can and we must stand with those who are hurting and suffering,” he wrote at the time.  (Also see "AdvaMed Throws Weight Behind Protestors In Ongoing US Demonstrations" - Medtech Insight, 3 Jun, 2020.)

“This was a tragic reminder that there needs to be more compassion and thoughtfulness in the United States as we debate our differences,” Leahey wrote.

Echoing Whitaker’s sentiments, Leahey went on to say that “MDMA will work with President Biden and the new Congress to advance our shared goals to improve patient care, and spur new innovations to address the pressing challenges facing health care.”

Perhaps most astonishingly, the head of the National Association of Manufacturers (NAM) on 6 January called for Trump to be removed from office by way of the US Constitution’s 25th Amendment.

“This is not the vision of America that manufacturers believe in and work so hard to defend,” he said. “Across America today, millions of manufacturing workers are helping our nation fight the deadly pandemic that has already taken hundreds of thousands of lives. We are trying to rebuild an economy and save and rebuild lives.

“But none of that will matter if our leaders refuse to fend off this attack on America and our democracy – because our very system of government, which underpins our very way of life, will crumble.”

AdvaMed Throws Weight Behind Protestors In Ongoing US Demonstrations