Two new rules put forward by the US HHS could have a chilling effect on future guidance documents and regulations drafted by the FDA and the 27 other agencies and offices the HHS oversees, a policy expert says. This and other stories topped our list of most-read US regulation, policy, quality control and compliance articles in December. 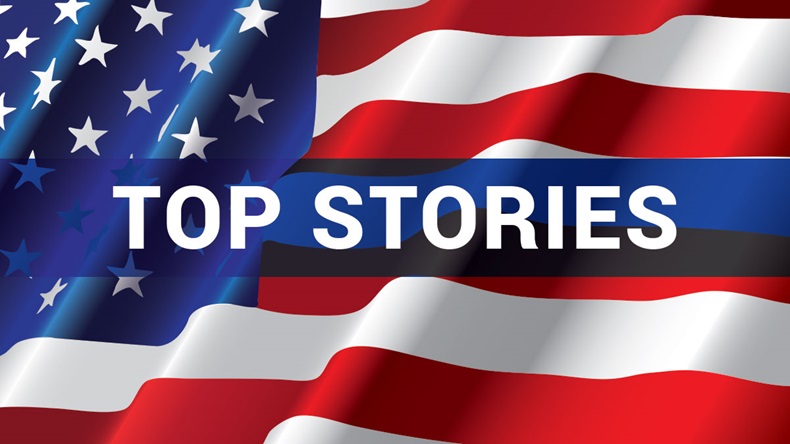 Two new rules put forward by the US Department of Health and Human Services in the final days of the Trump administration could have a chilling effect on future guidance documents and regulations drafted by the Food and Drug Administration, as well as the 27 other agencies and offices the HHS oversees, a policy expert says.

Our reporting on this was of most interest to Medtech Insight readers in December.

The HHS rolled out its Good Guidance Practices final rule in the Federal Register on 7 December; it goes into effect on 6 January. The new reg calls for all guidance documents to be added to an online repository (which has already been populated by more than 35,000 entries), directs the HHS secretary to take a more hands-on approach to the docs, distinguishes so-called “significant” guidances from more traditional ones, and gives anyone the opportunity to petition the department to rescind or modify a guidance, among other actions.

And a separate draft rule from the HHS released in November – called Securing Updated and Necessary Statutory Evaluations Timely (SUNSET) – would require the department and its agencies to review all regulations every 10 years to determine whether they’re still necessary.

Time is ticking for the FDA and other HHS agencies to add guidance docs to the new online repository.

The SUNSET rule, combined with the Good Guidance rule, is just the Trump administration’s attempt to kick sand in the gears of HHS agencies before President-elect Joe Biden takes office on 20 January, Jessica Schubel charges.

“This is another example of how the Trump administration is trying to tie the hands of the incoming Biden administration by gumming up the works, so to speak. You can think about these two regs as a two-pronged approach to accomplishing that goal of gumming up the works,” Schubel, a senior policy analyst for the Center on Budget and Policy Priorities, said in an interview.

“They waited until the 11th hour to issue both of these regulations, particularly the SUNSET rule,” she said. “They turned the comment period around very quickly.”

The deadline for feedback from stakeholders on the SUNSET reg is 4 January; more than 500 comments have already been received by the HHS. By comparison, the department received only 88 stakeholder comments related to its Good Guidance rule.

Meanwhile, time is ticking for the FDA and other HHS agencies and offices to add guidance docs to the new online repository. Guidances that aren’t in the repository by 6 January will be considered rescinded, the Good Guidance rule says.

In our No. 2 story from December, we exclusively reported that the FDA selected February as the latest target date for releasing a draft of its retooled Quality System Regulation, which has been undergoing a facelift since early 2018.

This is the fifth in-house deadline the agency has set for issuing its draft rule, which will harmonize the QSR with international quality systems standard ISO 13485:2016. The FDA had previously set deadlines of April 2019, September 2019, April 2020 and October 2020.

FDA Center for Devices and Radiological Health director Jeff Shuren said in December’s No. 3 story that the CDRH’s focus on the COVID-19 pandemic pushed some important initiatives to the side in 2020, but that they’d be picked up again in the new year.

For example, an overhaul of the FDA’s 510(k) program for clearing devices was “put somewhat on the back burner,” Shuren said on 3 December.

The CDRH chief said he anticipates picking up that initiative again in 2021, after the new Biden administration settles in. Shuren described a possible change in the program that would allow product developers – rather than comparing their new device to an established predicate – to show how their newly designed product works just as well or provides even better performance than a device that’s already on the market.

And in our No. 9 story, an FDAer went into detail about other impacts the pandemic has had on device and diagnostic regulation.

“This particular public health emergency has had a huge impact on the medical device ecosystem as a whole, and the FDA’s medical device program has continued to adjust and adapt,” said Erin Keith, associate director for compliance and quality in the Office of Product Evaluation and Quality within the CDRH.

Keith explained that the pandemic had not only caused widespread shortages of key medical devices such as personal protective equipment (PPE) and ventilators, but also brought to light vulnerabilities in the device supply chain. She noted that other key areas of concern have been an urgent need for new products, the inability to conduct domestic and foreign manufacturing facility inspections and other site visits, and an increased potential for fraudulent devices.

An Interview With FDA’s Schwartz

Our deep-dive profile of the FDA’s Suzanne Schwartz clocked in at No. 8 on December’s Top 10 most-read stories list. Schwartz, who’s director of the Office of Strategic Partnerships and Technology Innovation within the CDRH, talked about a broad range of issues, from device shortages to cybersecurity vulnerabilities.

During the pandemic, Schwartz and her team have been instrumental in monitoring for potential shortages – in particular, products like PPE that are needed to make sure front line health care workers can continue to do their jobs. She said the agency has learned a number of lessons based on its response to COVID-19 that is paving the way for how it responds to such crises in the future.

“One area that is getting a lot of attention from us and where we are building programmatically is in the area of medical device supply chain resiliency and shortages,” she said. “Prior to COVID, we had no authorities within the device shortage space. We were granted some authorities in March through the CARES [Coronavirus Aid, Relief, and Economic Security] Act.

“We recognize the importance of pre-positioning our effort so we have a steady state of understanding and intelligence of the medical device supply chain, especially in the areas of products that we know are going to be needed, were there to be different types of public health emergencies” at once, Schwartz added. “Of course, PPE bubbles up to the top, almost irrespective of the type of public health emergency that you're dealing with.”

Before COVID-19 became the main public health priority, Schwartz was probably best known for her work on the FDA’s efforts to develop policies around device cybersecurity, including publishing a number of guidance docs on the best premarket and postmarket practices, and encouraging industry to develop a Total Product Life Cycle approach to how it implements cybersecurity of devices.

These articles rounded out our Top 10 list in December:

No. 4 story: The medtech industry responded to President-elect Biden’s selection of California attorney general Xavier Becerra as his nominee to head the HHS. A longtime political operative, Becerra gained national fame for leading his state’s efforts to stop Republicans from dismantling the Affordable Care Act.

No. 5 story: The number of on-site inspections of medical device facilities performed by the FDA between mid-July and mid-November fell by 93% from the same time frame last year. That’s forced the agency to consider creative techniques, including records requests and the use of video, for remotely evaluating manufacturer compliance during the pandemic.

No. 6 story: The Biden administration will waste no time using the Defense Production Act to ramp up the manufacture of PPE, a member of the president-elect’s COVID-19 task force said.

No. 7 story: Makers of devices deemed critical during the pandemic that fail to notify the FDA of product shortages could find a letter of noncompliance from the agency in their mailbox. That’s one of the messages in the latest update to the agency’s device shortages guidance.

No. 10 story: The HHS now requires all its agencies to publish documents supporting their rationale whenever they propose a new rule, except in situations where there may be a legal conflict to do so.

The 10 most popular US regulation and policy stories in December are listed in the table below.