US Regulatory Roundup: 2020 In Review

The US FDA's upcoming draft harmonized Quality System Regulation, facility inspections, surgical gown safety, corrective and preventive action, risk management, and more were all hot-button topics in the US regulatory arena last year – as were, of course, ramifications arising from the COVID-19 pandemic. Here are Medtech Insight’s Top 20 US regulation, policy, quality control and compliance stories of 2020, as determined by reader interest. 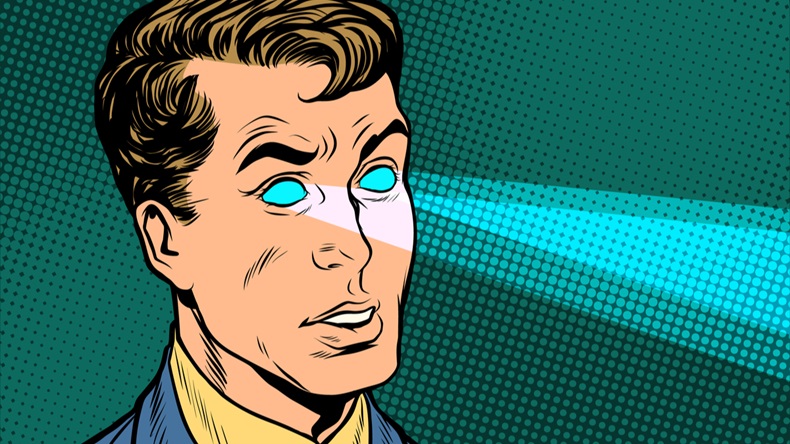 It wasn’t all COVID-19 doom and gloom for the US medtech regulatory landscape in 2020, but the virus still played a huge role – as did the Food and Drug Administration’s upcoming draft harmonized Quality System Regulation, surgical gown safety, corrective and preventive action, risk management, and more.

Here are Medtech Insight’s Top 20 US regulation, policy, quality control and compliance stories of 2020, as determined by reader interest.

For nearly three years the FDA has been busy harmonizing its QSR with international quality systems standard ISO 13485:2016, and the agency has been promising to release a draft of its retooled rule since April 2019. Since then, the FDA has blown past three other internal deadlines for putting out the draft, with the most recent coming in October 2020.

Our reporting on the agency’s tenuous deadlines for issuing the QSR draft and other news surrounding the rewrite was of high interest to readers last year; seven of Medtech Insight’s Top 20 articles were about the topic – and five of those were focused on the FDA’s repeated delays in getting the draft reg out the door.

But perhaps the fifth time will be the charm. The FDA quietly scheduled the draft’s release for February 2021, but the agency may or may not stick to that time frame given its strong focus on fighting the pandemic. Industry will just have to wait and see. But whenever the draft is released, the FDA says it wants an “inclusive comment spectrum.”

The agency has been notoriously tight-lipped about the new QSR, and scant details are known. But in June the dam slightly cracked when FDA official Melissa Torres told industry that it would have “a few years” to comply with the retooled reg.

While Torres would only commit to giving a general timeline for compliance, Kim Trautman – the lead author of the QSR back in the 1990s – claimed in July that FDA device center director Jeff Shuren said industry should expect a three-year transition time frame. (An agency spokesperson later denied to Medtech Insight that Shuren said anything of the kind.)

Trautman, who’s now executive VP of health sciences for consulting firm NSF International, shared other thoughts at the time about the upcoming QSR draft, including a suggestion that the FDA rename the rule the “Quality Management System Regulation” to stave off industry confusion.

Nevertheless, Trautman warned that changing the name of the QSR could prove tricky for the FDA.

“It actually turned out to be quite an ordeal when I changed the regulation’s name back in ’96,” she said. “The regulation’s name was the good manufacturing practices regulation, because that’s what the law said FDA had the authority to promulgate. So when I changed it from ‘GMP’ to ‘Quality System Regulation,’ we really had to jump through some hoops [and say] that the GMP requirements are being promulgated through the Quality System Regulation.”

Despite a year that saw facility inspections by the FDA dwindle because of COVID-19, news and expert tips on the agency’s audits were still of great interest to readers in 2020.

We exclusively reported in November that the FDA’s device center is quietly putting together plans for a pilot program that will allow agency investigators to conduct inspections virtually during the pandemic. The FDA paused inspections in March at manufacturing facilities in the US and abroad; domestic audits were officially resumed in July, but very few have been carried out.

In fact, the number of on-site inspections performed between mid-July and mid-November fell by a whopping 93% from the same time frame in 2019. That’s forced the agency to consider creative techniques, including records requests and the use of video, to remotely evaluate manufacturer compliance.

As the pandemic wears on, the agency also has the option to conduct so-called “desk audits” in lieu of an inspection. In a Compliance Corner Q&A from April, former FDA investigations branch director Ricki Chase offered advice on how device makers can survive such an audit.

But it wasn’t only inspectional news related to COVID-19 that caught the eye of readers in 2020. Last January Medtech Insight published a 10-part series on the best and worst things manufacturers could do during an inspection. The list of inspectional do’s and don’ts attracted the most reader interest last year. (We recently packaged the series into one article that you can access here.)

Giving untruthful, inaccurate and incomplete information to investigators, taking a long time to retrieve information and records, and “winging” an inspection by not using established procedures are just some of the “don’ts” that longtime industry experts Steve Niedelman, David Elder, John McKay and Susan Schniepp shared with readers.

In a stunning story from early February, Cardinal Health Inc. said it continued using Siyang HolyMed to supply the device giant with surgical gowns despite the Chinese contract manufacturer’s track record of quality concerns dating back to 2018.

That admission from Cardinal Health came shortly after the company recalled more than 9 million gowns used in many everyday surgical procedures, including open heart surgery and knee replacements, because of sterility concerns. The FDA sent out an urgent warning last January that told health care providers to “immediately” remove specific surgical gowns – and procedural packs that contain the gowns – from shelves.

The recall couldn’t have come at a worse time. Having so many gowns yanked from the market right before the pandemic took off in the US surely was a blow to the country’s response to the ongoing crisis.

And Cardinal Health wasn’t the only company that had troubles with gowns this year. The FDA in August warned health care professionals to stop using medical gowns (including surgical gowns) manufactured by Laws of Motion PPE because they “have potential quality issues that affect the level of fluid barrier protection.”

Updating Quality Systems In Light Of A Revised ISO 14971

Experts intimately involved with the latest revision of ISO 14971 urged manufacturers in February to take targeted steps to update their quality systems now that the international standard for risk management widely used by industry has been revised.

Released in December 2019, the updated ISO 14971 instructs device companies on how to best put together a risk management program; it was originally released in 2000 and underwent its first revision seven years later. The new third edition of the document builds directly on ISO 14971:2007.

Although device makers that use the standard have until December 2022 to fully conform to the revised version, experts interviewed by Medtech Insight advised firms to begin the switch to ISO 14971:2019 and perform gap assessments as soon as they can so they’re not caught flat-footed.

The experts also said manufacturers would be well served by developing a detailed crosswalk between the 2007 and 2019 versions of the standard to pinpoint gaps. (We help get you started with our simple crosswalk here.)

The 20 most popular US regulation and policy stories in 2020 are listed in the table below: