Butterfly Network chose SPAC route with Longview Acquisition Corp. to scale its business and expand into the home market in 2021. 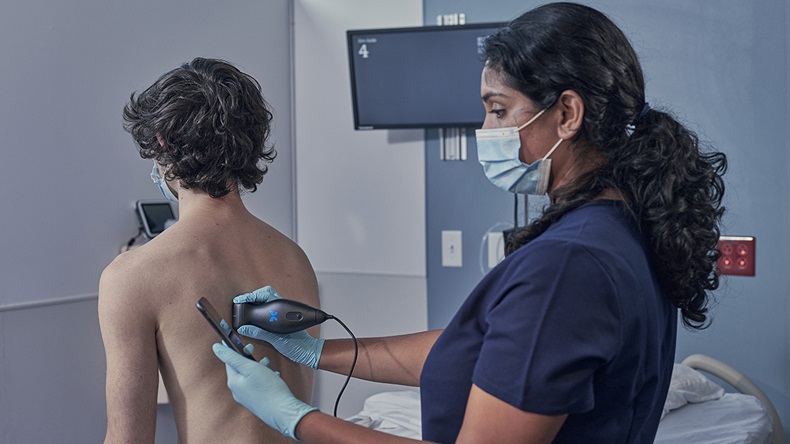 Butterfly Network, Inc. plans to go public through the special-purpose acquisition company route rather than a traditional public offering to accelerate the adoption of its portable handheld ultrasound system by providers in health settings and, ultimately, in the home.

Butterfly Network announced on 20 November it will merge with blank check company Longview Acquisition Corp., which is sponsored by an affiliate of the health care investment firm Glenview Capital Management.

Larry Robbins, founder and CEO of Glenview and chairman of Longview, is expected to own 7.6% of the combined company. Longview was formed specifically to raise capital through an initial public offering to acquire an existing company.

“Since our May IPO, Longview reviewed more than 50 investment opportunities to find an exciting growth company and an attractive valuation where Glenview could add significant value and Butterfly emerged as a truly unique partner,” John Rodin, CEO of Longview and co-president of Glenview, said in a statement.

When asked about the SPAC merger, Butterfly Network’s CEO Laurent Faracci told Medtech Insight that an IPO is good, but it is just about capital whereas the “new SPACs” are about partnerships. 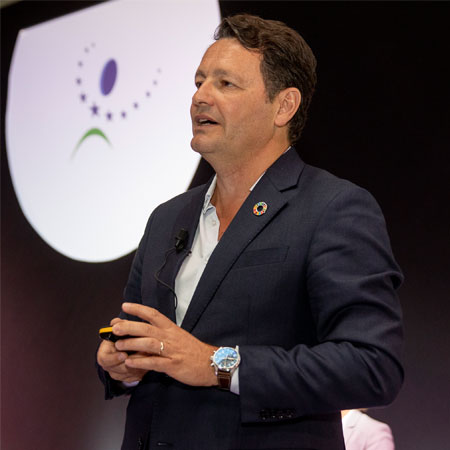 “For a tech company in the digital space having a strong partner is a positive thing,” Faracci said. “We wanted to find somebody that we could partner with in what is going to be the next phase of growth for Butterfly, which is the validation of the large health system in the US and around the world.”

“And that can add more than just capital – it can add value, it can add connection, it can add support – and that’s what we found with the Glenview team,” Faracci said. This partnership, along with top-tier investors, will help fuel the growth of the combined company and drive adoption of the Butterfly iQ single probe ultrasound imaging system, which has been in high demand around the world during the pandemic for its ability to quickly image patients’ lungs and identify pneumonia.

A trial in Italy sponsored by Butterfly Network showed the company’s portable ultrasound system can help identify patients with COVID-19 pneumonia, including those missed by PCR testing.

Unlike traditional ultrasound systems that require a large cart or box which connects to three or more piezoelectric-based transducers, Butterfly’s “ultrasound-on-a-chip” technology uses semiconductor chips and one probe to perform diagnostic imaging, which makes it more versatile and cost-effective. The system connects directly to an iPhone or other smartphone and uses AI to deliver advanced imaging.

Founded in 2011 by Jonathan Rothberg, a serial entrepreneur and scientist, Butterfly Network has raised more than $400m from high-profile investors including Baillie Gifford, the Bill and Melinda Gates Foundation, and Fosun Industrial.

The deal is expected to close at the end of March 2021 when the company’s stock will start trading on the New York Stock Exchange under the symbol “BFLY.” The transaction is expected to raise $589m in cash after closing and the enterprise value of the merger is $1.5bn.

Besides having $600m in cash – which Faracci said looks really good on the balance sheet – another advantage of a SPAC is its ability to disclose financial projections and explain how the business works, which has allowed the company to attract top-tier investors.

Among the group of institutional investors that have anchored a $175m private investment of public equity (PIPE) are two leading medical institutions: Dallas-based Tenet Healthcare, which operates 65 hospitals and about 520 other health care facilities, and UPMC Enterprises, the commercialization arm of UPMC, a Pittsburgh-based health care system and insurer.

“Some of our customers move from [being] customers to being an investor, which is a big sign of confidence and future success,” Faracci said. He noted that this “insider view” to their customers and connectivity that Robbins provides will help Butterfly make the transition from a private to a public company with profitability expected by 2024.

Faracci outlined his plans for scaling the business.

In the last 18 months, the company has sold more than 30,000 Butterfly iQ and iQ+ devices in 22 countries, including in Europe, where it received the CE mark in April 2019. It also sells its devices in Canada, New Zealand and Australia.

The device retails for $1,999 with an additional subscription fee for the associated software starting at $420 a year. Traditional ultrasound machines cost tens of thousands of dollars, Faracci pointed out

“We’ve been very successful in the last two years [with the e-commerce model] and sold more than any other player,” he said.

This year, the company will use a sales force to target large-scale institutions. This will be more complex, requiring software that integrates with hospital systems, such as electronic medical records systems, as well as third-party devices, including medical technologies.

The company said it is addressing an $8bn global market for ultrasounds, which does not account for the two-thirds of the global population that does not have access to medical imaging. Faracci said the company was not the first player on the market, which he described as advantageous, “because the market has been created by other players and the benefits have been understood.” Other companies that developed handheld ultrasound devices include Philips Healthcare (Lumify) and Exo Imaging, Inc. (Exo pMUT),  but the overall penetration for handheld devices is low at less than 3% globally, he noted.  (Also see "Start-Up Spotlight: Exo Hopes To Democratize Ultrasound With Handheld Device" - Medtech Insight, 24 Aug, 2020.)

“This is a very mission-driven company – we believe that innovation should be delivered at the lower end of the cost, so it can be democratized.” – Laurent Faracci

Faracci said the home market is really the future of health care. The company intends to enter the home market with its core iQ+ product as early as 2021, under the supervision of a physician, and through its wearable product in 2023, pending FDA approvals.

“This is where we are on the care continuum from the very expensive labs, then hospitals into lower-cost settings and closer to the patients, and then eventually in the home using nurses first, but then eventually the patients’ self-scanning and eventually using a patch that will allow the patient to monitor his chronic condition,” he said.

Faracci declined to give a dollar figure for the total addressable home market. But he said it’s a “vast size” targeting more than 100 million patients with chronic disease in the US alone. The company is developing a wearable patch system that it hopes to bring into the home market in 2023.

The company is working with 40 non-governmental organizations (NGO) to bring its technology to provide critical care for populations that otherwise would not have access to imaging. The Gates Foundation has also been instrumental in that effort, Faracci said.

“This is a very mission-driven company – we believe that innovation should be delivered at the lower end of the cost, so it can be democratized,” he said.

Minute Insight: What Is Going On With Butterfly Network’s Leadership?