If President Donald Trump appoints, and the Senate approves, a new conservative justice for the Supreme Court to replace Ruth Bader Ginsburg, Affordable Care Act coverage could disappear. Two legal experts weigh in on this and other legal issues that could touch the medical device industry. 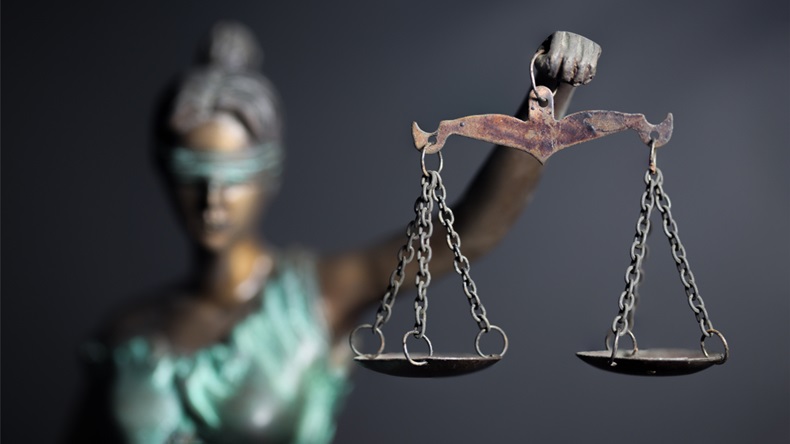 The passing of liberal US Supreme Court Justice Ruth Bader Ginsburg on 18 September jeopardizes Affordable Care Act coverage of medtech used to treat existing conditions including heart disease, cancer and diabetes, if the court rules to strike the entire ACA down in an upcoming case on its docket.

Washington, DC, lawyer Kyle Sampson says Ginsburg “was a true, liberal icon,” and appointment of a new conservative female justice by Trump, as the president has publicly vowed to do, means “there will be a really marked, 6-3 majority for conservatives on the high court.”

And while some medical device-related cases that reach the Supreme Court are not decided on either conservative or liberal principles, but rather on their individual legal merits and their overall constitutionality, there is a case scheduled to be heard by the high court shortly after the 3 November election that could in part be determined by individual justices’ overall political leanings, Sampson said.

In the case California v. Texas (originally known as Texas v. United States), 20 conservative state attorneys general in 2018 led by the Texas AG argued in that state’s federal court that all of the ACA should be invalidated, because Congress had passed a law removing the individual mandate penalty for people who did not buy insurance, so people were no longer incentivized to buy health insurance. The conservative AGs argue that the individual mandate was the lynchpin of the entire law, therefore the ACA should no longer stand. (Also see "Texas Court Ruling Invalidating ACA Threatens Preexisting Illness Coverage, But It's Not The Final Word, Congress Says" - Medtech Insight, 17 Dec, 2018.)

In the end, the Texas AG and other conservative states prevailed in that case, which was appealed to the Fifth Circuit, which agreed that all of the ACA should be struck down.

Shortly after, the US House of Representatives and six other states joined the 18 AGs in saying that portions of the ACA were severable from the individual mandate and should remain in force. Those six states – Maryland, Maine, New Hampshire, New Mexico, Pennsylvania and Wisconsin – filed an amicus brief with the Fifth Circuit Court of Appeals laying out their position on the severability of portions of the ACA, and the case was placed on the Supreme Court’s docket for a 10 November hearing. (Also see "Tens Of Millions Of Medtech Users Stand To Lose Device Coverage If Feds Succeed In Texas v. US Brief" - Medtech Insight, 29 Jun, 2020.)

But how the case will be viewed by conservatives on the Supreme Court is not necessarily a done deal, attorney Sampson said. He pointed out that even justices with conservative leanings have previously ruled in prior ACA constitutionality cases that many portions of the ACA can still stand, even though Congress has already eliminated the individual mandate.

He went on: “Even if we do get five or six conservative justices, it’s not entirely clear how those justices would rule on severability of the remaining parts of the ACA. It’s more about a straightforward interpretation of other parts of the ACA.”

Another industry attorney agreed that how the Supreme Court will rule on the severability of portions of the ACA is not a foregone conclusion. The outcome of the California v. Texas case “may not cleave along liberal versus conservative lines,” cautioned Shankar Duraiswamy, a partner in the Washington, DC, office of the law firm Covington & Burling.

In a 21 September interview with Medtech Insight,  Duraiswamy pointed out that Justice Roberts has previously “narrowly ruled that that some parts of the ACA can be severed from the individual mandate” and remain standing, meaning that critical medical devices used to address preexisting conditions, such as heart disease or cancer, could still be covered for those insured under the ACA.

Confirmation Process Could Be Stalled In Senate Judiciary Panel

As of 22 September, Trump had been considering Judge Amy Coney Barrett of the US Court of Appeals for the Seventh Circuit, and Judge Barbara Lagoa, a Cuban-American now serving on the 11th Circuit Court of Appeals in Atlanta, as possible candidates to replace Ginsburg, along with three others, The Washington Post reported.

While Trump and Senate Majority Leader Mitch McConnell have promised a quick confirmation of whichever nominee for the Supreme Court the president chooses, “we don’t know what will happen in the Senate,” Sampson said.

“I don’t think that all the Republicans in the Senate are necessarily in lockstep with what Mitch McConnell wants, if he wants to quickly approve a conservative justice,” the King & Spalding partner noted. “And Sen. Chuck Schumer and the Democrats, under Senate Judiciary Committee rules, have some levers they can pull, they have some power to slow down the Senate confirmation process.”

If the confirmation process is slowed down and no new justice is installed before the California v. Texas case is heard, there is the possibility of a 4-4 tie vote on the health care case by the eight justices who remain, attorney Duraiswamy said.

“However, the court really tries to avoid tie decisions,” he remarked, and if it looks like a tie could be a possible outcome, “the court may try to delay making a decision until after the New Year, when a new Supreme Court justice would be seated,” he said.

Another issue affecting the medtech industry that could come out of the Supreme Court in the future is a case challenging preemption of US Food and Drug Administration PMA-approved devices from tort cases, Duraiswamy said.

Under a 2008 court precedent, Medtronic v. Riegel, sponsors of PMA-approved products were afforded protection from lawsuits filed by those claiming to have been harmed by devices reviewed via FDA’s PMA process.

Duraiswamy noted that in 2008, Ginsburg was the lone dissenter on the Supreme Court who was skeptical that a federal agency PMA review of a device absolutely certified that it was safe and effective and could cause no harm.

“However, at that time, Justices Kagan and Sotomayor weren’t sitting on the court, and if a similar case comes up, they might rule along the same lines as did Ginsburg,” he said.

Also, Duraiswamy noted, while one might believe that a conservative-leaning justice would rule that a federal agency should have the power to determine the safety and effectiveness of a medtech product, “you can imagine a conservative justice who is not as favorably inclined to believe that a federal agency would have the absolute final say on the products it regulates.”

In the short term, though, the attorney said he was not aware of any cases like Medtronic v. Riegel coming up for review by the high court, so the preemption issue is more likely a situation to ponder for device cases coming before the Supreme Court in the long term.

US Election 2020: Trump’s Sway Over Courts Expected To Linger

US Election 2020: Trump’s Sway Over Courts Expected To Linger

Is COVID-19 A Preexisting Condition For Which Americans Could Lose Coverage? Some Senators Say So

Tens Of Millions Of Medtech Users Stand To Lose Device Coverage If Feds Succeed In Texas v. US Brief