Want To Make Faster Class I Recall Decisions? Then Put Women In The Boardroom, Study Says

Medical products companies that increase the number of women on their board of directors by 10% can see high-risk class I recalls initiated 16 days faster, a new study finds. “The Influence of Female Directors on Product Recall Decisions” also says that “changing from no female directors to one or more speeds up the time-to-recall for class I recalls by 35%, or a 28-day acceleration.” The study further claims manufacturers conduct more class III recalls when women are represented in the boardroom. 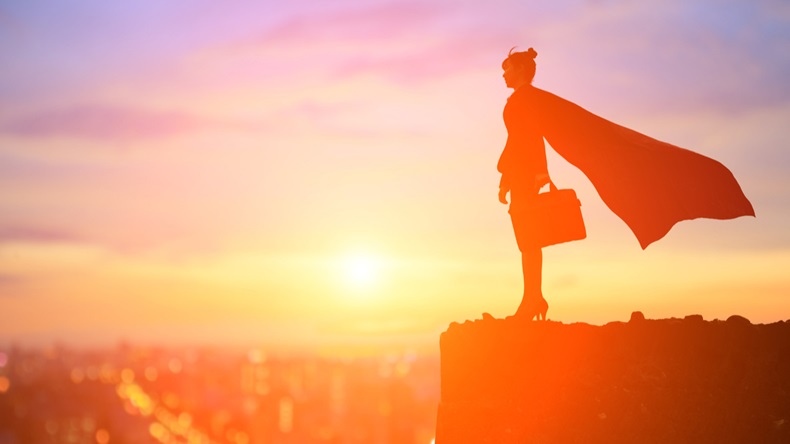 Medical products companies that include women on their board of directors recall the most problematic of goods weeks faster, a new study finds.

A 10% increase “in FBR [female board representation] is … associated with a 20% decrease in the time-to-recall for class I, high-severity recalls, or a 16-day acceleration in removing the most dangerous products from the market.”

Their study, “The Influence of Female Directors on Product Recall Decisions,” goes on to say that “changing from no female directors to one or more speeds up the time-to-recall for class I recalls by 35%, or a 28-day acceleration in recalling the most dangerous defects from the market.”

The authors “theorize that this is due to the heightened concern for stakeholders that female directors bring to bear on managerial decisions, which should be most prevalent for recalls that are associated with serious injury and customer death, as is the case with class I recalls.”

For their study, Wowak, Ball, Post and Ketchen analyzed 4,271 medical product recalls from 2002 to 2013 across 92 publicly traded firms. “Medical products,” the authors say, include pharmaceuticals, medical devices and biologics.

The study further claims that manufacturers conduct more low-risk class III recalls when women are represented in the boardroom.

It points out that a 10% increase in FBR “is associated with a subsequent 30% increase in the number of class III, low-severity recalls a firm initiates, equating to three additional recalls of that type.”

When the FDA wrote its recalls regulation for devices (21 CFR, Part 806), it left the decision about whether to report class III events up to manufacturers. Reporting such low-risk recalls is not required by the agency, but is obviously encouraged if firms discover that the risk to device users is somewhat significant. (Also see "Class III Device Recalls An Afterthought? Not So Fast . . ." - Medtech Insight, 1 Apr, 2015.)

In an interview with Medtech Insight, Wowak said she isn’t worried that a possible increase in class III recalls will cause companies to shy away from adding more women as directors.

“Sure, a company could say, ‘We don’t want women on the board because we don’t want more class III recalls,’” she said. “But hopefully a firm is not making that many mistakes in their operations that would cause them to have so many product recalls” in the first place.

Wowak went on: “But it’s not just about the class III recalls. Remember, companies can benefit from faster class I recalls, because those are the ones that can kill consumers. And if you kill consumers, that has financial implications, that has brand implications. There are certainly consequences to leaving class I recalls in the market a month longer if [firms] don’t have any women on [their] board.”

“It would be very rare for a board of directors to order a recall. Instead, what they do is set a tone.” – Dave Ketchen

Meanwhile, Ketchen said he and his co-authors weren’t looking to draw a “direct line” from “women being on the board to the amount of recalls made.” Rather, he said, a goal of the study was to highlight that companies can excel when there’s more diversity in the boardroom.

“By changing the demographics of the board, the managers that report to that board hear some different perspectives, and that changes their thinking a little bit,” Ketchen told Medtech Insight.

And he doesn’t buy into the notion that having more women as directors inevitably means a company will suddenly be reporting more class III recalls to the FDA.

“If you have a situation where you have a device and there are directions on the outside of the box and there’s supposed to be the same directions on a piece of paper inside the box, but that piece of paper doesn’t get put into a particular lot, I don’t think it’s necessarily the case that if [a company has] female directors, that that lot is necessarily going to be recalled,” Ketchen said.

“The managers may very well make a judgement call that, ‘Hey, the directions are there for the doctor and the patient, and we’ll get it perfect on the next lot,’” he added. “But just in terms of the benefit of recalling all those lots, it wouldn’t necessarily make sense – regardless of who’s on the board.”

Class I: There is a reasonable probability that the use of, or exposure to, a violative product will cause serious adverse health consequences or death.

Class III: Use of, or exposure to, a violative product is not likely to cause adverse health consequences.

Instead, Ketchen believes a positive tone set by those at the top gives managers who make the decisions about recalls the confidence to make reasoned evaluations.

“It would be very rare for a board of directors to order a recall. Instead, what they do is set a tone, set a culture under which managers make decisions,” he said.

Tone from the top about recalls, the study says, is key: “Boards are specifically established to set the tone for how managers make critical firm decisions, of which recall decisions are one important example.”

Tones can be positive – or problematic. For example, companies that incentivize having fewer recalls send the wrong message to workers.

“In one specific case we were made aware of, a manufacturing manager had his board-approved annual bonus, with a potential of reaching $30,000 a year (approximately 25% of his annual compensation), tied to an objective of announcing no recalls for his product line that year,” the authors wrote. “In other words, the tone set by this board is to avoid recalls or delay them as long as possible.”

Wowak offered more context: “The tone set by the upper echelon is so important. Every one of us is in a situation where we respond based on how management views us. If management wants to make certain decisions, well, we start making decisions in that manner because they are the ones responsible for hiring and firing, and giving raises, and all that sort of stuff. So it’s really kind of the tone set down that influences how managers throughout the organization respond to make decisions surrounding product recalls.”

When it comes to their finding that class I recalls are initiated quicker when a company includes women as directors, there is a caveat, the study authors say.

“A minimum of two female directors may be required to speed up class I recall decisions,” they wrote. “One lone female on the board may not be sufficient to push firms to make these difficult choices in a more timely manner.”

Wowak said there “could be different reasons” for why that is, but she noted that the concept of “safety in numbers” likely plays a role.

“A woman might not feel comfortable speaking up, or she might speak up but because there’s no one to back her, her voice isn’t heard,” she said.

Going ‘By The Book’

The study offers a few explanations for why adding women to boardrooms leads to better recall outcomes. For example, it says, women tend to be more risk-averse and considerate of a product’s end user than men.

And “women are more likely to follow rules and ‘go by the book’ than their male colleagues,” the study says. “Male directors, on the other hand, are more likely to encourage managers to bend rules and not report rule-breaking violations, especially if there is a possibility that the outcome may benefit the company.”

Wowak said a woman’s background and experiences also are factors.

“But women often come from outside of business. So they often tend to be community representatives, more into philanthropy – they have a different perspective that impacts their view,” Wowak added. “Men, because of their background, they tend to focus more on organizational shareholders – people who have a financial investment in the organization – whereas women have a much broader perspective.

“Yeah, there’s the shareholders, but there’s also stakeholders who are consumers of these products and they might impact people in the community – women might be more in tune to that because of their background.”

Wowak won’t say which companies she and her fellow authors believe are doing the right thing when it comes to diversity on boards.

“People have been asking for real-world examples and we’ve been hesitant about coming out and saying, ‘This company is doing it well’ and ‘This company is not doing it well,’ because of the changes that can happen over time,” she said. “So we haven’t been coming out and calling companies ‘good’ or ‘bad’ based on their female board representation and their product recall behavior.”

Ketchen agreed. “It can vary quite a bit within a company. They might handle one recall spectacularly and then the next one not so great,” he said. “I don’t think we have heroes and villains.”

Class III Device Recalls An Afterthought? Not So Fast . . .