Prez also signs second DPA order against 3M for N95 respirators: “Hopefully they’ll … do what they are supposed to do”

The US president used his DPA powers on 2 April to make sure the six manufacturers of medical ventilators get the materials and components they need to make the much-needed devices as the COVID-19 pandemic scythes through the US. 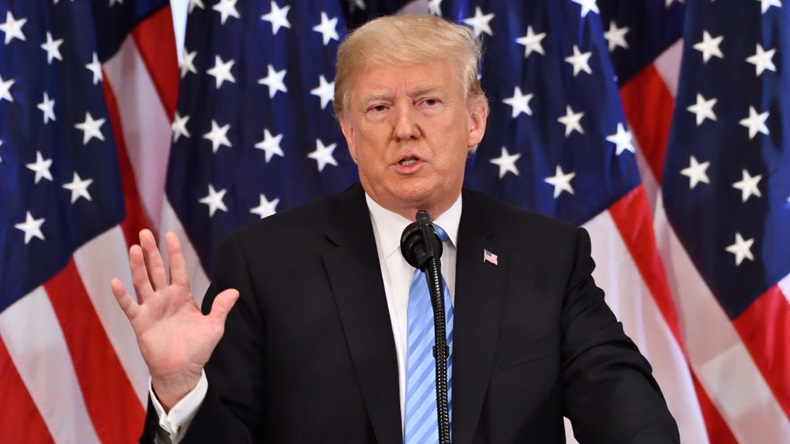 President Trump on 2 April used his powers under the Defense Production Act to make sure six manufacturers of medical ventilators have the materials and components they need to make the much-needed devices as the COVID-19 pandemic scythes through the US.

“The ventilator companies themselves expressed concern that in this rush to build ventilators, there would be pressure on that supply chain.” – Peter Navarro

Later in the day at a White House press conference, Trump said the “action will help [the six companies] overcome obstacles in the supply chain that threaten the rapid production of ventilators.”

The president then claimed that more than 100,000 ventilators are currently being manufactured – or will “soon be started.”

At the same press conference, Peter Navarro, the White House’s National Defense Production Act policy coordinator, further explained that the manufacturers were worried about finding the adequate materials and components they need as they quickly scale up production.

“The ventilator companies themselves expressed concern that in this rush to build ventilators, there would be pressure on that supply chain,” Navarro said. “So what they requested that we do, and the president do, is to use the DPA to give [Wolf] the ability to prioritize that supply chain for those ventilator manufacturers.”

‘Have Some Level Of Fear’: How Scrapped FDA Inspections, Hastily Made Ventilators Could Portend Product Problems

Trump signed a second DPA order on 2 April, this one against 3M Co. to make sure the company sends the N95 respirators it makes to health care facilities in the US.

“We just signed an element of the act against 3M. Hopefully they’ll be able to do what they are supposed to do,” the president said, noting that he anticipates issuing more orders under the DPA in the “very near future.”

Navarro added that there had been recent “issues making sure that all the production that 3M does around the world – enough of it is coming back here to the right places.”

He said he wants to “resolve that issue” with 3M by “tomorrow, close of business, because we can’t afford to lose days or hours, or even minutes, in this crisis.”