‘Have Some Level Of Fear’: How Scrapped FDA Inspections, Hastily Made Ventilators Could Portend Product Problems 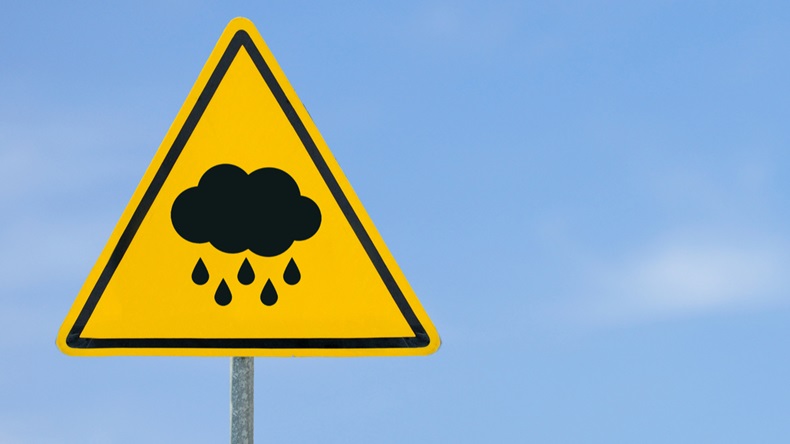 Kwame Ulmer is troubled about makers of automobiles contract manufacturing complex medical ventilators as the world struggles with the COVID-19 pandemic.

“It worries me. I can't lie,” the former US Food and Drug Administration official told Medtech Insight.

General Motors Co. has partnered with Seattle-based Ventec Life Systems to manufacture ventilators, and Ford Motor Co. is working with GE Healthcare to do the same. Even Tesla Inc. has gotten in on the action by ramping up production of the devices with Medtronic PLC.

GM says its goal is to make more than 10,000 ventilators a month, while Ford claims it will manufacture 50,000 of the machines within the next hundred days. (Tesla hasn’t said how many of the devices it will make.)

“In a normal world, qualifying and adoption of a contract manufacturer, and doing pilot manufacturing runs, et cetera, would take weeks,” Ulmer said.

“This timeline [to make ventilators] appears to be compressed, and while GM will likely follow good manufacturing practices, it is a new set of procedures and approach to processes like CAPA [corrective and preventive action], complaint handling and Medical Device Reporting that GM has to learn,” he said.

And in a March 20 LinkedIn post on the topic, Ulmer said “the general public does not have a good sense of the complexity involved in making ventilators.” He even added a hashtag: #Ventilatorsarenothubcaps.

“I think the devil will be in the details,” said Ulmer, who is principal consultant at his own firm, Ulmer Ventures. “If these auto companies are playing to their strengths of logistics or quickly sourcing suppliers so the supply chain can be robust, that’s one thing. But it’s worrisome if they’re a contract manufacturer.”

“If somebody tells me they don’t have any fear of a company like Tesla or Ford making a ventilator, I question where they’re coming from. You should have some level of fear,” said Ricki Chase, a former FDA investigations branch director.

“Now, the answer isn’t necessarily saying, ‘Heck no, don’t let them make vents’ – but you should have some healthy level of fear,” she said in an interview.

Chase became a consultant to the life sciences industry in 2016 after spending 16 years at the FDA, where she was also an investigator, medical device specialist and supervisory investigator.

Many ‘Reasons To Be Worried’

Chase said there are “a lot of reasons to be worried” about an auto company manufacturing a high-risk, life-supporting, life-sustaining medical device.

“What killed the patient? The device or the disease? It’s going to be really hard to tell.” – Ricki Chase

“So, let’s consider the best-case scenario. A ventilator manufacturer hands an auto company its design for a ventilator. Well, the car company still has to source the materials. It still has to have qualified people put it together properly. And it still has to be able to validate the process,” Chase said. “All of those activities look very different in the medical device world than it does in the automobile manufacturing world.

“And a lot of [the auto makers] will say, ‘We’re certified by ISO [the International Organization for Standardization].’ But it doesn’t matter. That’s completely irrelevant,” she added.

Chase is also worried that the auto companies will cut corners on quality in an effort to get the ventilators to market faster.

“I’m concerned that they’ll not make the best choices in grade of material, and not understand that something that is a plastic is not a plastic when it’s operating in that type of device. So I’m concerned about the sourcing and materials being of medical grade,” she said.

Another concern for Chase is the car makers’ ability to detect problems with finished ventilators in the postmarket space.

“GM, Ford and Tesla aren’t set up to be a medical device company. So how are they going to manage feedback from the field?” she asked.

And unless a ventilator obviously malfunctions, health care workers might believe it was the coronavirus that killed a patient, when in fact the death could’ve come as a result of a faulty vent.

That means that malfunctioning device – which led to a patient’s death – could be used again and again, with its deadly problems going undetected.

“So what killed the patient? The device or the disease? It’s going to be really hard to tell,” Chase said – although with many life-sustaining devices it can often be difficult to detect a failure and determine if the products contributed to a death.

“I could imagine a situation where a vent is reading that it’s putting out a certain max flow, or it’s creating a certain pressure in the pulmonary space, but it’s not giving a true measure and the patient desats and dies,” she said. “It would be very easy to think that the patient desatted and died because of the disease, and not because the vent is showing one value of pressure and flow when it’s really delivering something different.”

She noted that a ventilator would have to suffer a “fatal failure” for most health care workers to know that it’s not working correctly.

“It would have to be a situation where the vent doesn’t turn on or the vent suddenly turns off – or it blows up and catches on fire. An obvious flaw,” Chase said.

As American auto giants GM and Ford take the wheel on working with ventilator manufacturers to make the critically needed devices during the COVID-19 pandemic, two longtime quality experts explain where the device and auto companies will find common ground when it comes to quality systems.

The Pitfalls Of Quickly Scaling Up

More broadly, the COVID-19 crisis could be the catalyst for troubles in other product types.

“Any time you scale up production that rapidly, the margin for error when it comes to deviation, nonconformance, material, cutting corners on material acceptability, testing, et cetera, is small,” she said.

“Even if you’re a skilled medical device manufacturer, if you ramp up production like that, you’re at risk of seeing more complaints and more MDRs, and you’re putting yourself potentially in a recall situation, because you don’t have the skill to manage that type of capacity.”

‘When The Cat’s Away, The Mouse Plays’

Compounding problems is the FDA’s decision last month to put the kibosh on conducting quality systems inspections at manufacturing facilities in the US and abroad. (Also see "COVID-19: US FDA’s Hahn Slams The Brakes On Domestic Inspections ‘For The Health And Well-Being Of Our Staff’" - Medtech Insight, 18 Mar, 2020.) and (Also see "COVID-19: FDA Expands Overseas Inspections Freeze Through April" - Medtech Insight, 13 Mar, 2020.)

“I’m always concerned when FDA delays an inspection,” said Chase, who managed a team of investigators when she worked at the FDA.

“Ultimately, if companies aren’t producing, then there’s not much to inspect.” – Stephen Sunderland

She said manufacturers can become lackadaisical if they know they won’t be seeing an agency investigator at their facility anytime soon.

“When the cat’s away, the mouse plays,” Chase said. “And that’s just something that industry has typically done, even when we saw the H1N1 crisis and swine flu, when FDA slowed down inspections.

“So, yeah, I’m definitely worried about that.”

Stephen Sunderland, a partner in the Shanghai office of consulting firm L.E.K. Consulting, told Medtech Insight that he, too, is concerned about the trickle-down effects of suspended FDA inspections, but he believes the impact will be minimal.

“The shutdown of FDA’s inspection program in China is expected to be relatively short term. And a manufacturer might only get an inspection once or twice a year anyway. So if we’re just delaying that by a couple of weeks, then maybe that’s OK,” Sunderland said.

But “ultimately, if companies aren’t producing, then there’s not much to inspect,” he added. Investigators “can go over records and things, but clearly, actually seeing the day-to-day practices of an operating facility is an important part of how to get a sense of whether that facility is safe or not in producing product. And those facilities are shut down due to COVID-19 and won’t be producing anything.

“So FDA wouldn’t see anything even if it did the inspections.”

COVID-19: US FDA’s Hahn Slams The Brakes On Domestic Inspections ‘For The Health And Well-Being Of Our Staff’