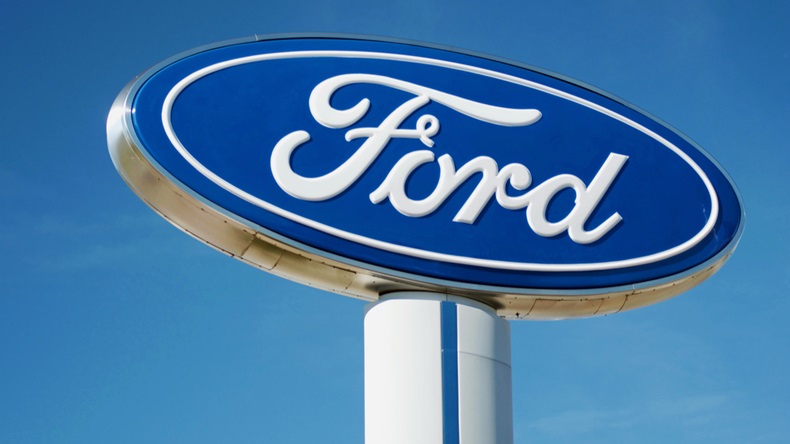 The US auto maker also said it’s developing and testing plastic face shields for health care workers who are on the front lines of the COVID-19 crisis. Ford says it could make more than 100,000 of the shields a week.

Ford and GE say they’ll work together to manufacture a “simplified version” of GE’s current ventilator design. The devices would be made at both Ford and GE manufacturing plants.

“We are encouraged by how quickly companies from across industries have mobilized to address the growing challenge we collectively face from COVID-19,” GE Healthcare president & CEO Kieran Murphy said.

“We are proud to bring our clinical and technical expertise to this collaboration with Ford, working together to serve unprecedented demand for this lifesaving technology and urgently support customers as they meet patient needs,” he added.

“We have empowered our teams of engineers and designers to be scrappy and creative.” – Jim Hackett

Ford – which said its ventilator initiative “ties to a request for help from US government officials” – isn’t the only American auto manufacturer to step up to help make the critically needed ventilators. General Motors Co. announced on 20 March that it partnered with Seattle-based Ventec Life Systems to make the complex devices. (See sidebar story.)

There has been no recent official count of ventilators on the market and in health care settings nationwide, but a decade-old federal study said there were roughly 160,000. Another 12,000+ ventilators were sitting in the country’s Strategic National Stockpile as of 18 March. (Also see "‘Full-Speed Ahead’: Trump Invokes Korean War Era Law To Fight COVID-19, Shaking Up US Device Manufacturing" - Medtech Insight, 18 Mar, 2020.)

American auto giant General Motors Co. announced late on 20 March that it has teamed up with Seattle-based Ventec Life Systems to manufacture much-needed medical ventilators as the US braces for a strained health care system from COVID-19.

Meanwhile, Ford and 3M are working to pump up the manufacturing capacity for powered air-purifying respirators (PAPRs).

Ford says the two manufacturers are also developing a new respirator design by “leveraging parts from both companies.” The novel device might be made in a Ford facility.

The companies are leveraging their own off-the shelf components – fans used by Ford to cool car seats, and HEPA filters from 3M, among other parts – “to go as fast as possible” in making the respirators.

Ford is strongly considering using one of its manufacturing facilities in Michigan to make what it calls the “new-generation PAPRs.” That could lead to a potential tenfold increase in the number of respirators made, Ford says.

“Working with 3M and GE, we have empowered our teams of engineers and designers to be scrappy and creative to quickly help scale up production of this vital equipment,” Ford president and CEO Jim Hackett said.

And Ford, on its own, is aiming to churn out hundreds of thousands of 3D-printed plastic face shields. 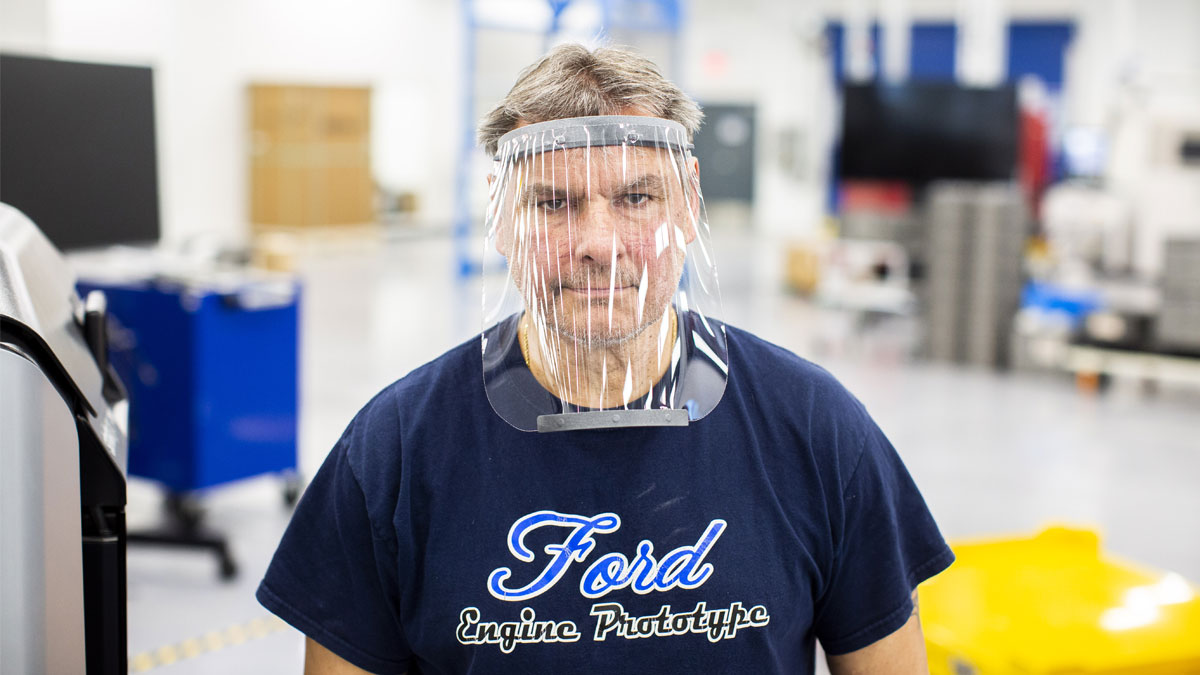 “Ford’s US design team … is quickly creating and starting to test transparent full-face shields for medical workers and first responders,” the company said.

“The face shields fully block the face and eyes from accidental contact with liquids, and when paired with N95 respirators can be a more effective way to limit potential exposure to coronavirus than N95 respirators alone.”

Ford will test a thousand of the face shields this week at hospitals in Detroit, MI. Ford headquarters is in Dearborn, just outside Detroit.

“Roughly 75,000 of these shields are expected to be finished this week, and more than 100,000 face shields per week will be produced at Ford subsidiary Troy Design and Manufacturing’s facilities” in Plymouth, MI, Ford said.

GE Scoops Up Second US Govt Contract This Week To Make Ventilators; This One’s Worth $336M