The UK device industry’s interest in Israel's start-ups is growing in the wake of Brexit, with more tech partnerships between the two countries. Medtech Insight met with the UK Israel Tech Hub, based in Tel-Aviv, which has helped facilitate business between Israeli medtech companies and UK.

Israel could emerge as one of the UK’s strongest business partners in the medical device industry as Brexit unfolds.

According to the UK Israel Tech Hub, the number of tech partnerships between the two countries is rising. The NHS is especially embracing Israel's medtech innovation.

Founded in 2011 as the brainchild of Matthew Gould, a former British ambassador to Israel, the UK Israel Hub creates business partnerships across a range of sectors including health care, smart cities, retail, fintech and cybersecurity.

Healthcare Innovation Manager at the Hub, Samuel Cronin, helped facilitate interactions between Israel’s health-care industry and UK investors, including a key agreement by the Northern Health Science Alliance (NHSA), a health-care partnership across the northern England. In May 2018, the NHSA signed a memorandum of understanding with the UK Israel Tech Hub to bring Israeli health and medical technology innovations to the UK. The NHSA, which covers a patient population of 15 million people in the northern England, will partner with Israeli health-care companies to set up research activities in the UK, especially in the north.

"This all developed from me looking around and noticing Israeli entrepreneurs frustrated at trying to access the UK market and a lot of that I felt was because they were going with market-ready technologies. And while Israelis move fast, the NHS does not," Cronin told Medtech Insight.

"I realized if these relationships had begun long in advance, the Israeli companies would be in a better position -  they’d have the right networks and the champions in the UK. So, I started thinking 'How could we do that?' I realized we needed to start generating evidence earlier in the UK. Evidence generated in Israel is not necessarily bad, but evidence generated in the UK is more effective for consolidating future relationships."

The Hub, which operates in the UK and Israel, works with UK companies and the NHS to understand their innovation needs and how they can be solved with technology and then scout for solutions on the ground in Israel.

"The main metric of our success is creating partnerships. So working with UK companies to try to understand their needs and match them with technologies here in Israel," Ayelet Mavor,  UK Israel Tech Hub's Director, said. "What we do is try and encourage companies from the UK to come and explore innovation here in Israel. We tell them [Israel is known as] the 'start-up nation.' It’s a major global player in tech and if you’re not there, you’re not part of the game."

Last year the Hub hosted AstraZeneca in Israel to show the drug-company the opportunities in the country. "They saw 22 companies in two and a half days and just before they left, they turned to me and said how wonderful it was to discover that they don’t have to fly to Silicon Valley every time they’re looking for innovation,” Cronin said.

"Start-ups are used to creating opportunity daily, but corporates are slower, so their interactions can sometimes reflect those differences," Cronin said. "Bringing companies to Israel is only one part of it, we also make sure there is follow up and no one drops the ball which can easily happen in business. We keep pushing the relationships forward and help manage any cultural differences that may arise."

This year, the Hub will use Israel’s annual MiXiii Biomed* conference as a focal point for UK companies to meet with Israel’s health-tech players. The conference, which is Israel’s largest meeting place for health-care professionals is set to host more than 6,000 industry executives, scientists, physicians, engineers and investors, with approximately 1,000 of the participants coming from over 45 countries.

The NHSA, will once again attend the meeting, alongside the UK’S BioIndustry Association (BIA) to represent British medtech business. “This year we will welcome a delegation of about 10 UK companies with a focus around core technological themes including advanced therapies and artificial intelligence”  Cronin said.

"We are excited to create and support opportunities between the clinical research network in UK and Israeli innovation. This year is really about delivering value to both sides and make sure tangible things come out of this presence at Biomed. We have a lot of British companies reaching out to us who are interested in getting involved and the activities going on."

While Israeli technologies in AI and data analytics continue to be popular with UK businesses, Cronin said simple technologies often have the highest impact.

BreatheMe, an Israeli health-care company has already integrated its technology into the NHS as a diagnostic tool to detect lung function. The spirometry test is a mechanical device attached to a smart phone which uses a set of algorithms to convert exhaled air into an acoustic signal.

"The team constructed a very simple plastic whistle that attaches to the phone, you breathe into that, the microphone hears it and it does a whole variety of data analysis on lung function," explained Cronin. "It’s very good for asthmatics and people with COPD but a very simple technology that makes a big difference."

For example, Healthy.io has developed a smart phone test for home-based urine analysis. Using a color board and smart phone camera, users can perform a urine test at home and hold the test against the color board. The app then normalizes the color regardless of lighting or smart phone camera quality. "It’s a very accurate test and they’re now within the NHS and doing very well," Cronin said.

Caesara-based Itamar Medical is also bringing its WatchPAT non-invasive sleep apnea device to the NHS. Based on the proprietary Peripheral Arterial Tone technology, the at-home sleep test is worn like a watch and calculates the severity of the users sleep apnea based on their True Sleep Time (TST). The finger based physiology helps enable simple testing for Obstructive Sleep Apnea (OSA) that avoids the complexity of traditional air-flow based systems.

As the uncertainty of Brexit continues to loom over the UK economy, the UK-Israel Hub sees Britain’s departure from the EU as a potential business opportunity for Israel. Indeed, bilateral trade between the two countries is trending upward across not only the hi-tech industries, but other goods and commodities. Earlier this year the countries signed the UK-Israel continuation agreement, ensuring business between the two countries can prosper whatever the outcome of Brexit.

"That’s the pretty thing about working with Israelis – every crisis is an opportunity,” Mavor said. “We’ve done months long research engaging with the community in Israel and feedback shows there is zero negativity here towards Brexit. The first analysis showed that Israelis believed Brexit might create opportunities for them as they are normally second tier players in the EU given the visa requirements are not the same. Although no plans were ever formally announced, Israelis identified a potential window for business with the UK following Brexit and a barrier that could be eliminated."

Mavor said it was also clear that UK companies are more eager than ever to improve their business links with Israel. "With our UK clients everyone is looking for international partnerships, understanding that this is the new game and internationalizing any enterprise work is even more important than ever given what Brexit may bring so that is a really nice feed into our work. With Brexit, the Israeli mentality is very much business as usual and we haven’t seen any downturn in the UK corporates who are interested in Israel. They’re more excited than ever to be coming here." 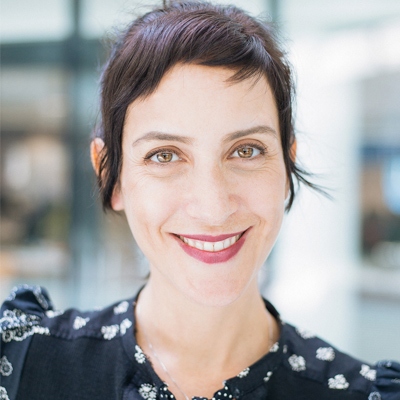 *MiXiii Biomed is Israel’s leading international life science conference and exhibition, taking place on May 14-16 in Tel Aviv. As in previous years, the conference will focus on diagnosis, monitoring and treatment, but this year it will also expand the scope and range of topics to include prevention and rehabilitation, thus exploring the full spectrum of health care.

Medtech Multinationals Up Pace Of Localization Strategies In China

Road To Modernization A Bumpy One For FDA, Says Woodcock