Transvaginal mesh products made by Boston Scientific and Coloplast were ordered pulled from US shelves by the agency on Aug. 16. Under the rare FDA order, the two firms must immediately stop selling the mesh and have 10 days to submit plans to the agency outlining how they will recall their unimplanted devices. 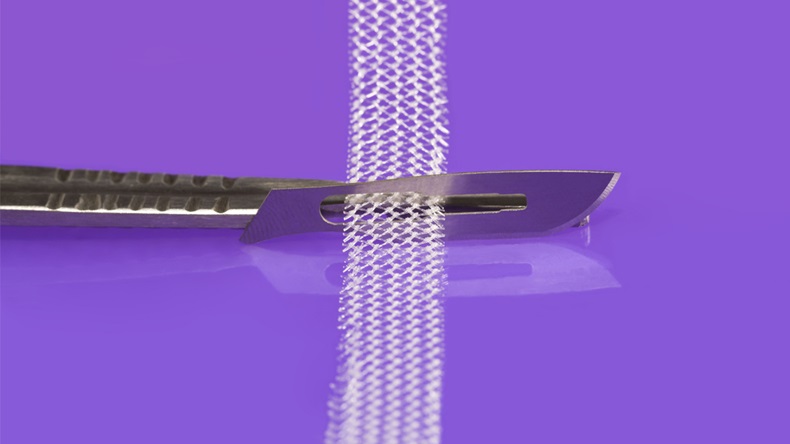 Boston Scientific Corp. says it's "surprised" and "disappointed" after the US FDA on April 16 ordered transvaginal mesh products made by it and a second company, Coloplast AS, to be pulled from the market in the United States.

Under the rare agency order, Boston Scientific and Coloplast must immediately stop selling the mesh and have 10 days to submit plans to the FDA outlining how they will recall their unimplanted devices.

The mesh-makers "have been marketing three surgical mesh products for transvaginal repair of POP," or pelvic organ prolapse, the agency said in a statement.

The PMAs were required because the FDA upclassified the mesh to high-risk class III in 2016. While most manufacturers removed their mesh products from the market at that time or shortly after, Boston Scientific and Coloplast soldiered on. (Also see "PMA Mandate Set For Pelvic Organ Prolapse Transvaginal Mesh" - Medtech Insight, 4 Jan, 2016.)

"As part of the 2016 reclassification, manufacturers were required to submit and obtain approval of premarket approval applications … in order to continue marketing their devices in the US," the agency explained.

"Boston Scientific and Coloplast have not demonstrated a reasonable assurance of safety and effectiveness for these devices, which is the premarket review standard that now applies to them," the FDA added.

The agency has directed Boston Scientific and Coloplast to continue their Sec. 522 postmarket studies on the mesh.

The agency's decision to yank the mesh from US shelves was also based on information it received during a February FDA advisory panel meeting on the topic. (Also see "US FDA Advisory Committee Recommends 3-Year Benefit-Risk Reviews For Pelvic Mesh" - Medtech Insight, 14 Feb, 2019.)

"The FDA agreed with [the panel's] recommendations, and because such data were not provided by manufacturers in their PMAs, the FDA decided not to approve them."

The agency has directed Boston Scientific and Coloplast to continue their Sec. 522 postmarket studies on the mesh.

Jeffrey Shuren, director of the FDA's Center for Devices and Radiological Health, said in the agency statement that "in order for these mesh devices to stay on the market, we determined that we needed evidence that they worked better than surgery without the use of mesh to repair POP. That evidence was lacking in these premarket applications, and we couldn't assure women that these devices were safe and effective long term."

Meanwhile, the FDA is urging women implanted with the mesh not to panic.

Women "should continue with their annual and other routine check-ups and follow-up care," the agency said. "There is no need to take additional action if they are satisfied with their surgery and are not having complications or symptoms."

Boston Scientific "has indicated to us that they are surprised and disappointed by the FDA's decision," Wells Fargo's Larry Biegelsen wrote in an April 16 analyst note.

The company told Biegelsen that "50% of women in the US will suffer from POP at some point, and the inaccessibility of these products will severely limit treatment options."

Boston Scientific further said it "will work closely with the agency to understand its direction and determine next steps," according to Biegelsen's note, which pointed out that the company's sales of the mesh was only roughly $25m last year.

In summer 2018, problems with pelvic mesh products were front-and-center in the Netflix documentary “The Bleeding Edge,” which raised concerns about how devices come to market through the premarket review process. (Also see "Public Interest Groups Will Leverage ‘Bleeding Edge’ Lessons To Push For Device Safety Changes" - Medtech Insight, 26 Sep, 2018.)