The US agency's 22-year-old bedrock rule for making safe and effective medical devices to be sold in the United States will likely be replaced with international quality systems standard ISO 13485, FDA official Sean Boyd said at MedCon 2018. But the author of the Quality System Regulation, Kim Trautman, told Medtech Insight that it would be a thorny, years-long chore for the agency. 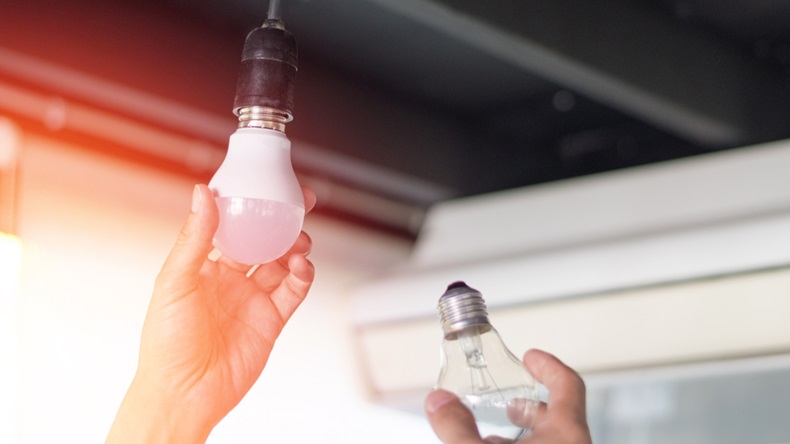 FDA's Quality System Regulation – the bedrock rule for manufacturing safe and effective medical devices to be sold in the United States for more than two decades – will likely be replaced with international quality systems standard ISO 13485, an agency official says.

Sean Boyd, deputy director for regulatory affairs for the Office of Compliance within FDA's Center for Devices and Radiological Health, said the agency is considering how it "can better converge and move toward the use of ISO 13485 potentially in lieu of" the QSR, 21 CFR Part 820.

"If I had a crystal ball, I'd say that that is something that will happen in the coming years," Boyd said May 3 at MedCon 2018 in Cincinnati. "ISO 13485 and our Quality System Regulation are already very closely aligned."

"I do think this is something that will occur over the next several years," FDA's Sean Boyd says.

Scrapping the QSR and installing ISO 13485 in its place would be "a major transition and would take a lot of time to plan and engage with industry and our own stakeholders within the agency," Boyd said. "But I do think this is something that will occur over the next several years."

Device-makers use the International Organization for Standardization's ISO 13485 to ensure quality systems compliance with regulators in a variety of countries, including Canada, Japan, Australia and the 28 member states of the European Union. (Also see "How To Interpret EN ISO 13485 To Meet New Regs: Pivotal EU Document Published" - Medtech Insight, 9 Apr, 2018.)

And firms that use the increasingly popular Medical Device Single Audit Program – MDSAP – must be certified to ISO 13485. MDSAP allows firms to undergo only one audit by an accredited third party to satisfy quality regulations for the US, Canada, Brazil, Japan and Australia.

This isn't the first time that the agency has pondered swapping out the QSR for ISO 13485. In 2009, former longtime FDA international quality systems and regulatory expert Kim Trautman told Medtech Insight that the agency "would be very interested in trying to either adopt ISO 13485 or subsume it into the regulation." (Also see "FDA May Adopt ISO 13485 If Certain Changes Are Made" - Medtech Insight, 5 Jan, 2009.)

That ultimately never came to pass. But now, nearly a decade later, with global regulators increasingly looking for ways to converge their various international regulatory requirements, the time might be right for FDA to say goodbye to the QSR.

ISO 13485 was last revised in 2016; manufacturers that use ISO 13485 have until March 1, 2019, to become fully certified to the latest version or risk enforcement action. (Check out Medtech Insight's interactive timeline for worldwide regulatory deadlines here.)

"Every iteration – this is the third version of the standard – has always been striving to provide more and more convergence. So, it's not surprising [that] FDA says, 'Hey, this is so close [to the QSR] that it's OK. We're getting the same requirements,'" Trautman – who is now executive VP of medical device international services at NSF International – told Medtech Insight in a May 2 interview at MedCon.

"It would take some time. It is not a short process. It is not going to be a fast process. It would be noble in cause, but a lot – a lot – of work," NSF International's Kim Trautman says.

Trautman agreed with Boyd that it could take years for the agency to make the switch. She would know; Trautman spearheaded the crafting of the Quality System Regulation in the early to mid-1990s. The rule, along with its preamble – the agency’s elaboration on the regulation – was ultimately published in 1996.

Trading the QSR for ISO 13485 would be a daunting chore for FDA, she says, because the agency would also, in tandem, need to create new compliance programs, compliance guides and guidance documents that would align with ISO 13485, just to name a few years-consuming tasks.

"The volume of work instructions, procedures and so forth that are out there that [would] need revision is really just that – it is voluminous," Trautman said. "There's a lot that would have to go into doing [that], and it would take some time. It is not a short process. It is not going to be a fast process. It would be noble in cause, but a lot – a lot – of work."

She also noted that it wouldn't be a matter of FDA simply substituting the QSR for the standard, because federal law dictates that the agency would still have to go through a rulemaking process.

"It doesn't matter what the changes are. The same rulemaking promulgation practices need to be followed as dictated for all federal agencies," she said. Such practices would include the scheduling of public comment periods and the collection of comments, and FDA would have to do other tasks, such as performing economic impact analyses.

Another hurdle that FDA would have to jump, Trautman said, would be the ISO standard's copyrighting.

"One of the requirements that all government agencies have is that every US regulation has to be issued in the Federal Register and has to be available to the public for free," she said. "Clearly 13485 is an ISO standard. It's copyrighted. It's not for free. So, there's some technical difficulties such as this."

Because of that, she said, it might be wiser for the agency to open up the QSR and revise it to be even more closely aligned with ISO 13485, rather than replacing the regulation with the standard altogether.

UPDATED 05/09/18: Check out our full MedCon podcast interview with Trautman by using the player below (her comments about the QSR and ISO 13485 are found at the 17:26 mark):

FDA May Adopt ISO 13485 If Certain Changes Are Made